Is there a job in Myanmar

In clothing factories in Myanmar, 14-year-olds work, often 12-hour shifts, for large fashion companies such as H&M. This was found out by the two Swedish journalists Moa Kärnstrand and Tobias Andersson Akerblom, who carried out their research in the book "Modeslavar" (Modeslavar), which will be published next week.

The authors spoke to 15-year-old girls, one of whom has been working regularly since she was 14 and this also until 10 p.m., which is a violation of international labor conventions and laws in Myanmar. The girls surveyed said the two factories they work for - Myanmar Century Liaoyuan Knitted Wear and Myanmar Garment Wedge near the capital, Yangon - hire anyone who wants to work. The Swedish fast fashion group H&M is one of the factories' international clients.

Are international clients to blame for the dilemma?

So far, so controversial. Because according to ILO guidelines, young people from the age of 14 can officially work in Myanmar. However, not 12 hours a day and no heavy activities. For comparison: In Germany, young people aged 15 and over are allowed to start an apprenticeship and be marginally employed, i.e. accept any job that is paid on a EUR 400 basis. As in Myanmar, there are rules governing the times of day they are allowed to work, the duration and type of work; There are also exceptions depending on the industry.

In a statement cited in the Guardian, H&M pointed out the guidelines in force in the country: "According to international law, workers between the ages of 14 and 18 are not children. The ILO emphasizes the importance of not excluding the age group from working life in Myanmar. ... Of course we strictly reject child labor, "they said, and that" too long working hours are unacceptable ".

In an official statement sent to FashionUnited, H&M blames "problems with identity cards and overtime" for the young people's long working hours. "It is of the utmost importance to us that our products are manufactured under good working conditions and taking into account safety, health and the environment," said the company.

So what's the solution? Certainly not to fire the youngsters, to pillory international clients like H&M or, for them, to end their relationship with the factories, because the problem goes deeper. 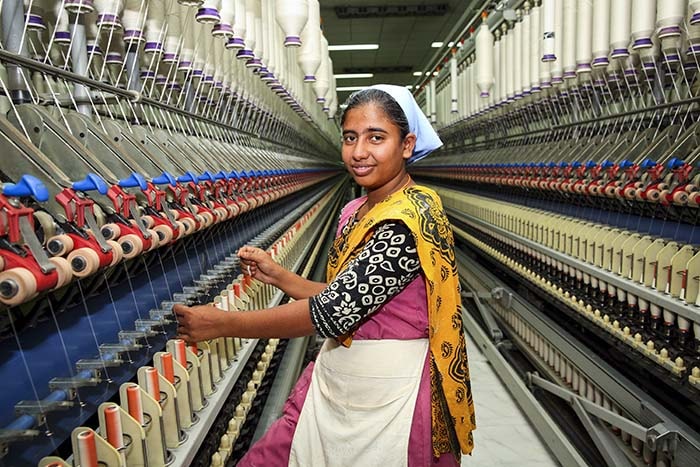 Of course, 14-year-olds don't want to sew clothes together 12 hours a day, whether they live in Myanmar, Bangladesh, Brazil or Germany. You might want to have a cell phone, watch the latest movies, and meet up with friends. But they also don't want to go hungry and see their families suffer. As a result, they often have no choice but to leave school and go to work. And they are lucky if they can do this in a factory that is subject to international regulations and is checked at regular intervals.

While unemployed young people in countries like Germany have the opportunity to find ways out of unemployment through state support, for example, things are different in countries like Myanmar: Young women often only have the path to marriage (to an often older man) No longer being a financial burden for their families, while young men and women who suddenly find themselves on the street are often only able to flee to illegal employment. And this means even worse conditions and payment and no possibility of control.

Pointing blame is not a solution

So instead of pointing the finger at clothing companies, the entire situation in a country should be considered and a solution should be sought together, because child and youth work will not disappear overnight.

Just as little as one could say that the conditions in garment factories in Bangladesh are bad, let's close them or let's manufacture elsewhere. Working in clothing factories has improved the situation of many women in Bangladesh and strengthened their role in the family: they contribute to the household with their income, so they are no longer on his pocket and can postpone their marriage for a few years. They also find new self-confidence through their job and meet many young women in a similar situation.

So instead of demonizing youth work, it should definitely remain legal so that it can be monitored and controlled. Clothing factories, for example, could act as contact points to place young people in "Work & School" programs. In any case, this would be more constructive than instigating a great international outcry, the effects of which drive young people onto the streets or into illegality.