What is the best climate for agriculture 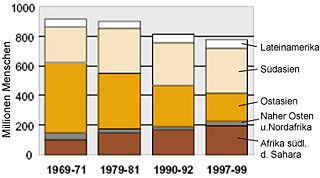 Fig. 1: Development of the number of undernourished people in developing countries in the last decades of the 20th century

One of the most serious consequences of climate change will most likely affect agriculture and the nutrition of the world's population. The people in the poorest regions of the world in particular are to a large extent directly dependent on agriculture, which is directly determined by natural conditions. While in developed industrial countries 5% of the population and less live from agriculture, in the third world it is up to 80%. And since the population is growing particularly rapidly here, the agricultural sector is increasingly unable to produce enough food. The most recent estimate (2008) by the UN Food and Agriculture Organization (FAO) of the number of undernourished people is 963 million worldwide.[1] Although hunger has been significantly reduced in some highly populated countries in Asia such as China and India, it has increased significantly in sub-Saharan Africa (Fig. 1). Here, 40% of the population is chronically malnourished and poor, which is due not only to the increase in population but also to the decline in productivity in the agricultural sector. It is to be expected that climate change will have the greatest negative consequences here in particular.[2] 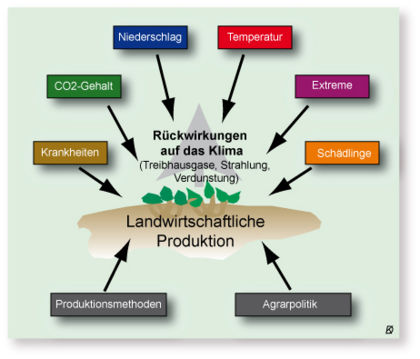 Fig. 2: Interaction between agriculture and climate and other influencing factors

Globally, however, climate change will not only have negative effects, but also positive effects in some regions. In general, it is expected that production will decline, especially in tropical and subtropical latitudes, as higher temperatures and lower rainfall will probably overwhelm the adaptability of traditional agriculture. There are some indications that black Africa, which is the only third world continent that has not been able to increase its production in the last few decades, will also suffer the most from climate change. In the higher latitudes, on the other hand, climate change could shift the cultivation zones to the north and in some cases lead to improved cultivation conditions.

Despite modern production methods such as factory farming and greenhouse cultivation, agriculture around the world is still strongly influenced by climatic conditions. The climatic zones have a major influence on which crops grow optimally, poorly or not at all in certain regions and whether livestock farming, whether as stables or grazing, is worthwhile. It can therefore be assumed that climate change will have an impact on agricultural production. This is particularly the case in those societies in which agriculture is operated in direct dependence on natural conditions, such as in pasture farming or in rain-fed farming. Both temperature changes and changes in the water cycle play a role. With both factors, extreme events can also have a serious impact on agricultural production. This will also happen indirectly through the influence of the climate on pests and pathogens. In addition, the plant growth via photosynthesis also comes directly from the CO2-The content of the atmosphere is dependent.

However, changes in the climate and the composition of the atmosphere will not be the only factors influencing agricultural production over the next few decades. The expected increase in the world population by a further three billion by 2050 makes an increase in production inevitable. Artificial fertilization, pesticides and genetic engineering will play a role here even more than before. Agricultural policy conflicts over socially accepted methods of production, international agreements in the area of ​​tension between protection and liberal agricultural trade, stock market speculation and global crises will also affect agriculture in many parts of the world. It is even possible that climate change will have devastating consequences for the food security of large parts of the world's population via the detour of the use of plant biomass for energy production.

4 Agriculture as a climate factor

With regard to the relationship between agriculture and the climate, it should also be borne in mind that agriculture is not only a victim of climate change, but also makes a significant contribution to it. On the one hand, like vegetation, it is part of the climate system and affects the radiation and water balance. For example, where a forest is eliminated in favor of cultivated areas, the reflection of solar radiation increases and the water cycle decreases. Agriculture is also an important emitter of greenhouse gases, carbon dioxide from the energy used, nitrous oxide from fertilization and methane from wet rice cultivation and livestock farming. In addition, recently the arable land has even been used to combat climate change. With so-called “bioenergy” from rapeseed, soy and sugar cane, CO is to be generated from renewable raw materials2-neutral fuel can be obtained.

7 picture gallery on the topic