What is the best MacBook right now

Purchase advisor: which MacBook should I buy in 2021?

In addition to size, weight and price, the processor is the biggest differentiator in the current MacBook portfolio. Apple plans to convert all new Macs to Apple Silicon (ARM CPUs) by the summer of 2022.

The highlight with the new M1 processors from Apple is the type of CPU. Apple Silicon is based on the ARM architecture, while Intel Macs rely on x86. The new chips in the MacBook use the same system as the iPhone, iPad and other mobile devices. The Apple Silicon version only has significantly more power. The ARM architecture also means that old applications (x86) are no longer natively supported.

That's what Rosetta II is for. It emulates an x86 environment, which also allows old 64-bit programs to run. This emulation is as inconspicuous as it can be. When you start the first non-native app, macOS asks you if you want to install Rosetta II and once that's done you will never hear or see it again. If you pay close attention, you will only differentiate between native ARM apps and emulated apps in that they take two or three seconds longer to fully start when they are loaded for the first time. 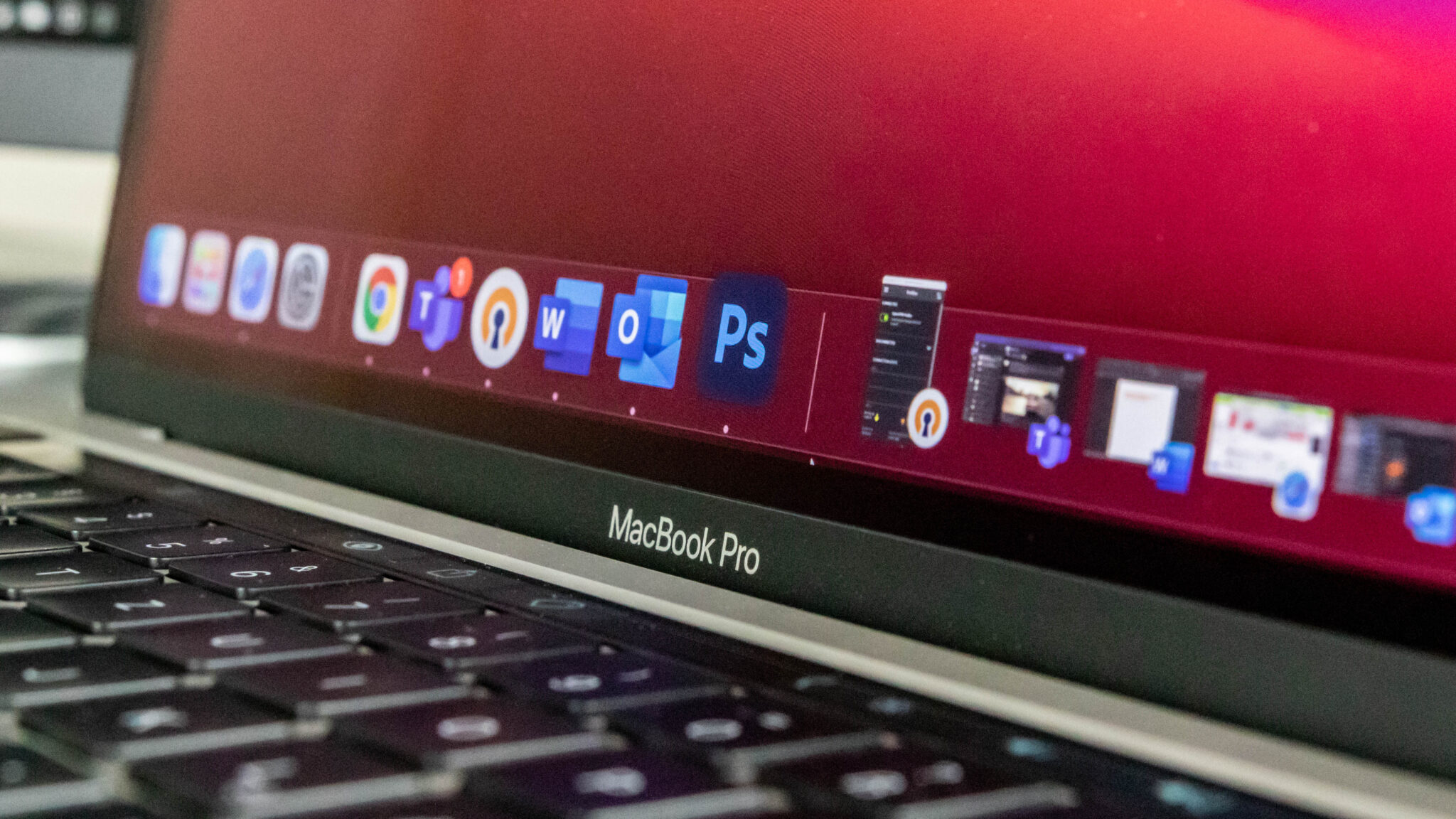 The performance losses due to emulation are small in this case and so it is not necessary to install any programs in ARM beta status. For example, the complete Adobe Suite (Lightroom, Photoshop, etc.) can be installed as an x86 application without any problems. When the developers are done with the ARM version, customers can switch. So far there is no reason to do so, as the emulated version runs fine.

However, special programs are not yet running with Rosetta II either. Tools like Parallels or Bootcamp are still in development and hardly work or not at all. Those who do not immediately recognize these programs by their name are not affected. However, admins and developers should currently use the Intel version.

The cheapest entry into the world of MacBooks did a lot right in the test. We particularly like the fanless design. For € 1129, buyers get a total of 8 CPU cores (4x performance & 4x efficiency), 7 GPU cores, 8GB RAM and 256GB internal storage. With twice the internal memory and the eighth GPU core, it is € 1399. If you think you would benefit from the additional graphics core, you should take a look at the Pro lineup. 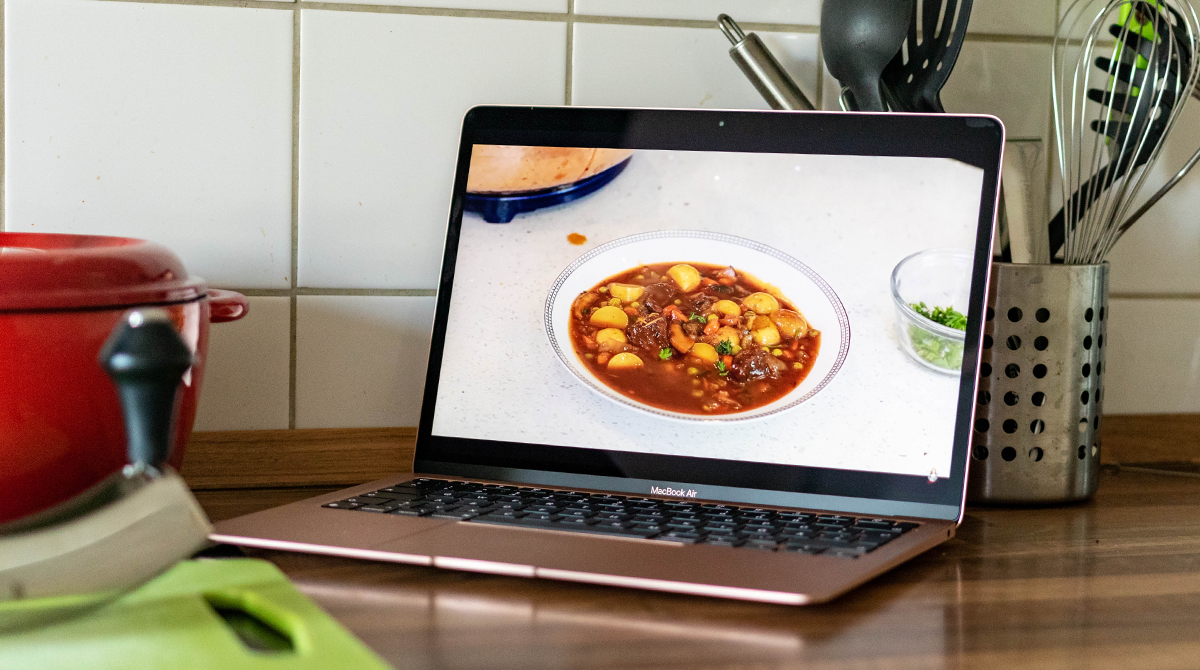 Otherwise, customers get a very good IPS display with the MacBook Air, good-sounding speakers and an excellent keyboard including a large trackpad.

The M1-Apple Silicon is also convincing in terms of performance. The performance is roughly on par with an Intel i7 processor of the current 11th generation. With older models, the larger CPU often had to be selected directly in order to get a usable device at all. This is no longer necessary. 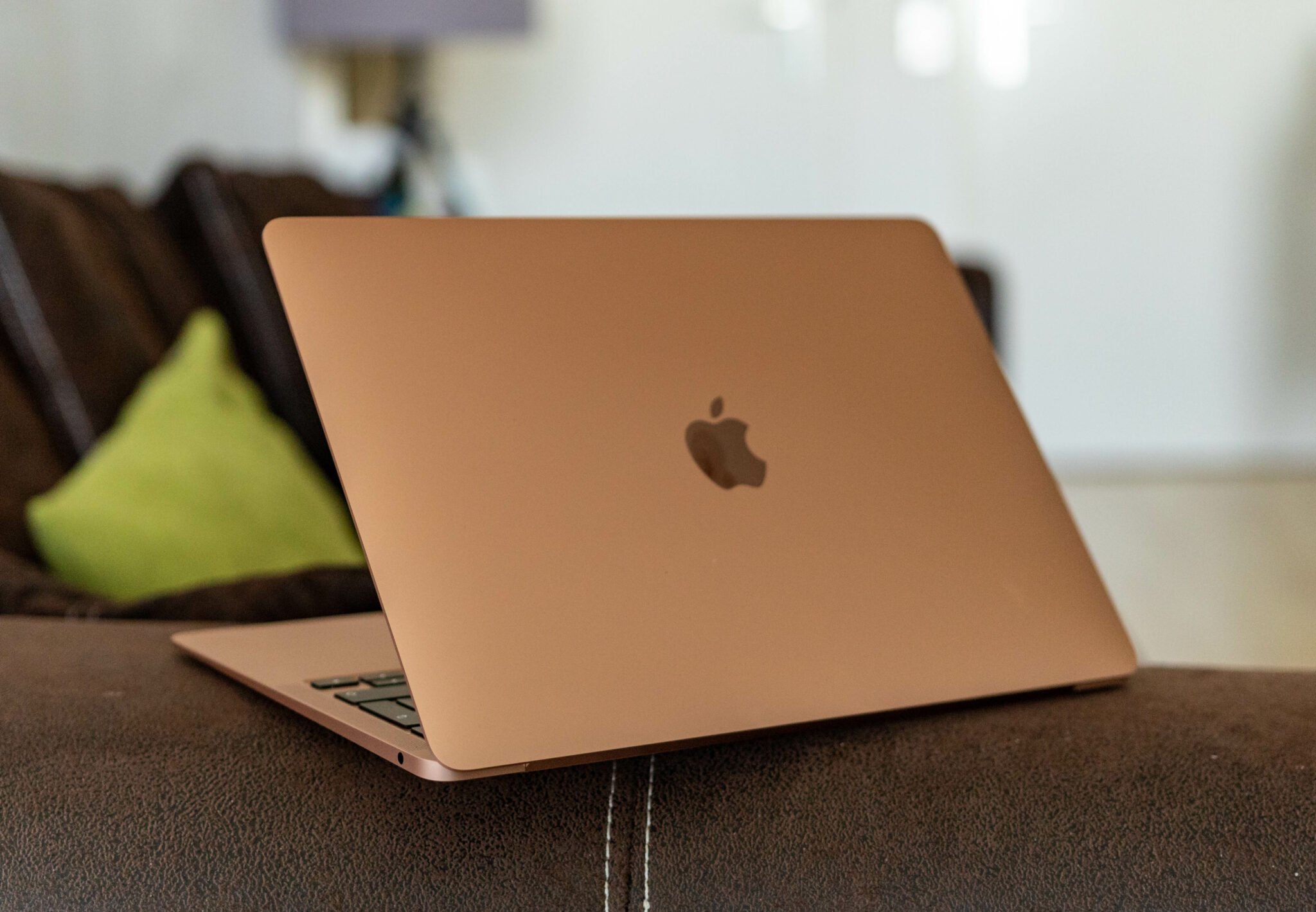 Thanks to the very good performance, the first-class workmanship and many small details, the MacBook Air is without question one of the best everyday laptops on the market. Even in the basic configuration, it is convincing in practically all aspects. The waiver of a fan is also very welcome and shows again where the MacBook Air is and is also fully convincing - in everyday life. In a pinch, a video export or other smaller things are also possible. But if you really have work to do, drop by the Pro models.

MacBook Air in our shop 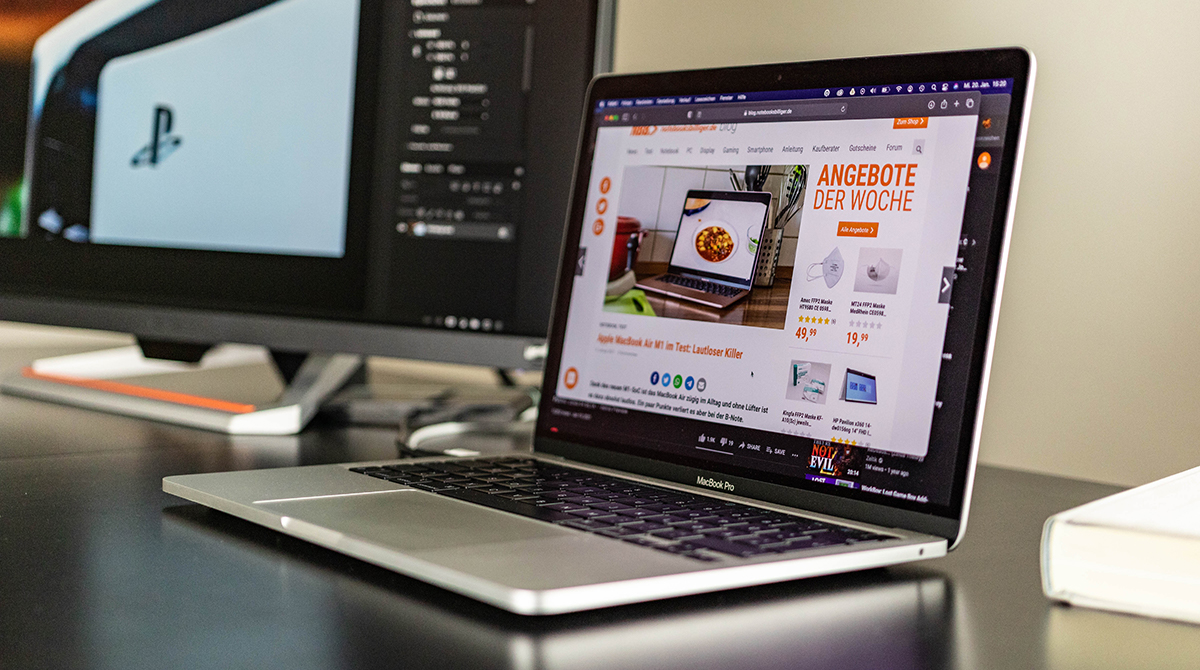 All current MacBook Pro laptops also have the touch bar. Settings such as display brightness, keyboard background lighting and speaker volume are controlled here. The touchbar is the subject of controversy among users. Some hate it, some love it, and most users don't care. Wherever you stand in the discussion, the MacBook Air has physical buttons to control these functions and the MacBook Pro has a touch bar. 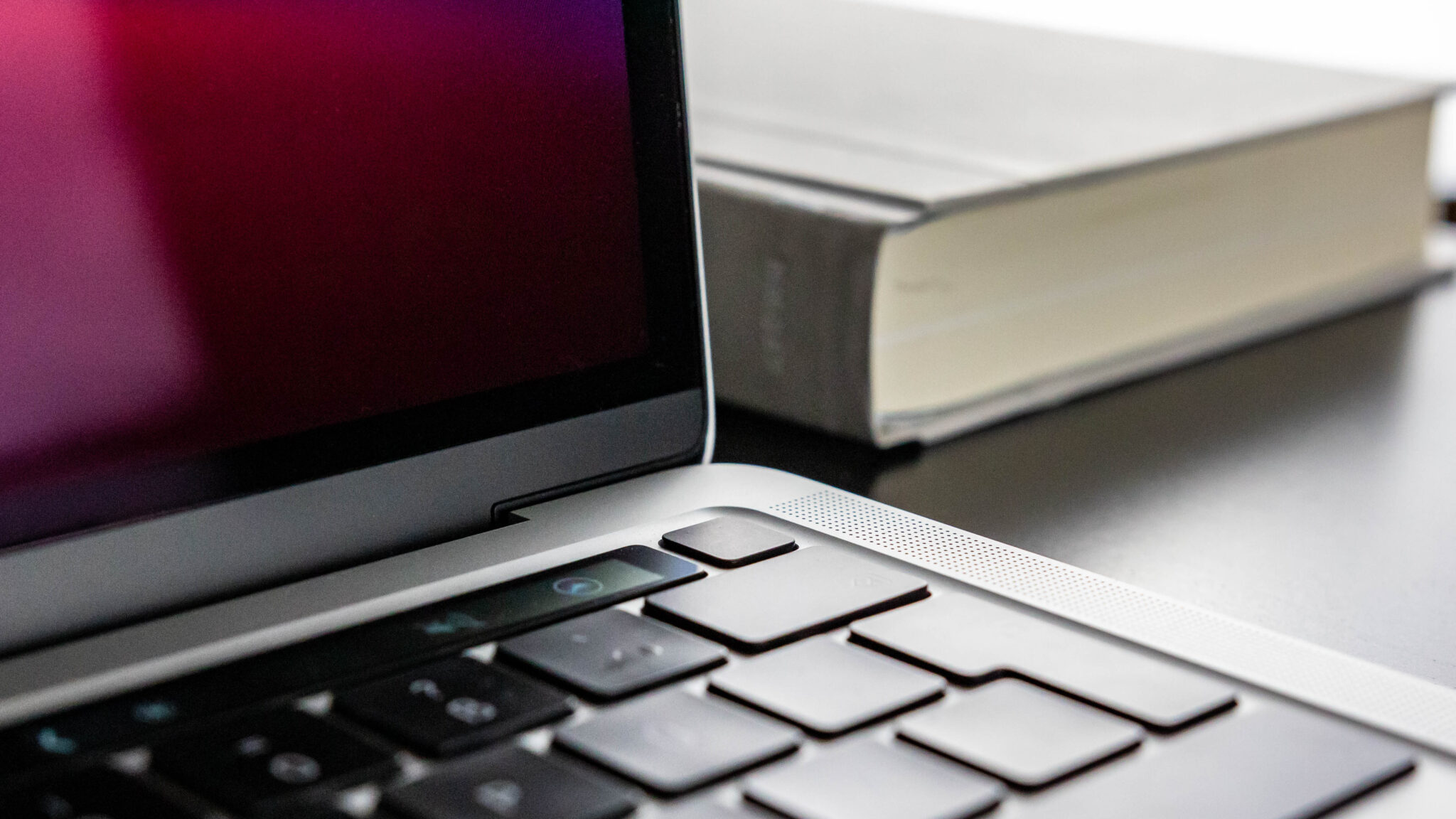 Otherwise, the MacBook Pro takes everything that was (very) good with the Air and makes it even better. The display on the Pro is a bit brighter (500 instead of 400 nits), the speakers are even fuller and are among the best speakers in all laptops and the M1 CPU is now actively cooled. As a result, the notebook maintains its CPU speed longer than the MacBook Air. It can therefore work faster for longer under load / heat. Tasks like compiling code and rendering video benefit from the MacBook Pro's fan - Zoom Meetings, Office, and web browsing don't.

Since both versions of the 13 ″ MacBook Pro are identical except for the processor, this is a short paragraph. At least 16GB of RAM and 512GB SSD and an Intel Core i5 (10th Gen) are in the MacBook Pro and it starts at 2129 €. The Appe Silicon M1 version with the same amount of RAM and SSD costs € 1909. 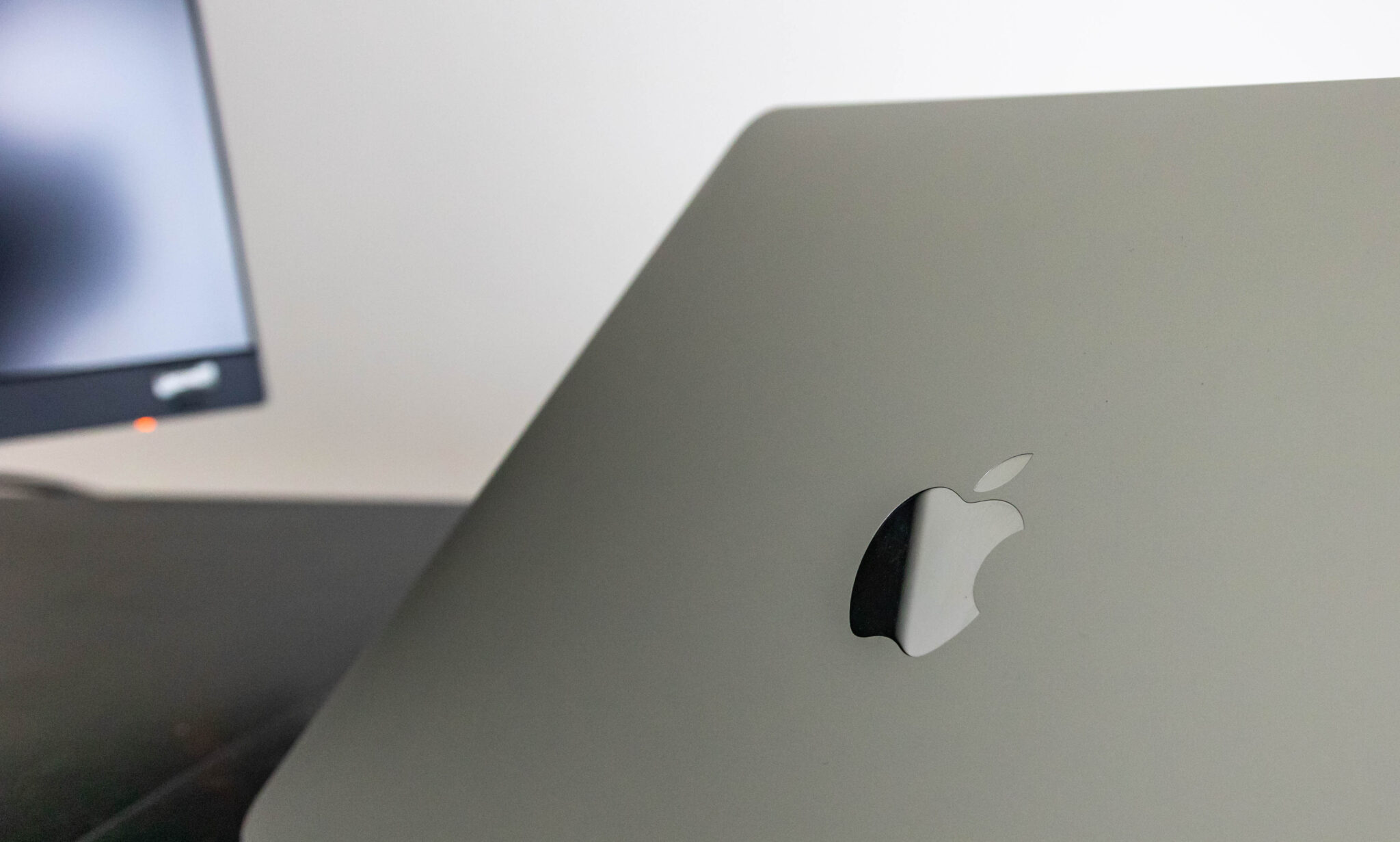 That's more than € 200 that many interested parties can save. In general, the 13 ″ MacBook Pro with Intel CPU is only recommended if you need a small, light and high-performance laptop that also needs to be able to use programs like Parallels or Bootcamp. Everyone else can already use the M1 version. Currently, the M1 MacBooks (Air & Pro) are officially limited to an external monitor. If you need more, you have to use the 16 or 13 Pro with four Thunderbolt ports.

13 ″ MacBook Pro with Intel CPU in our shop

With the large MacBook Pro, the price also takes a leap. With at least € 2700 and € 3200 for the Intel Core i9 version, there is also significantly more computing power available than with the smaller models. In the test, it was called an “almost perfect laptop” for a reason.

In addition, each version of the 16 ″ MacBook Pro has a dedicated graphics card from AMD with 4 or 8 GB VRAM. This means that even more resources are available insofar as these can also be used by the user. For example, video editing is a situation where more memory in any form is beneficial. 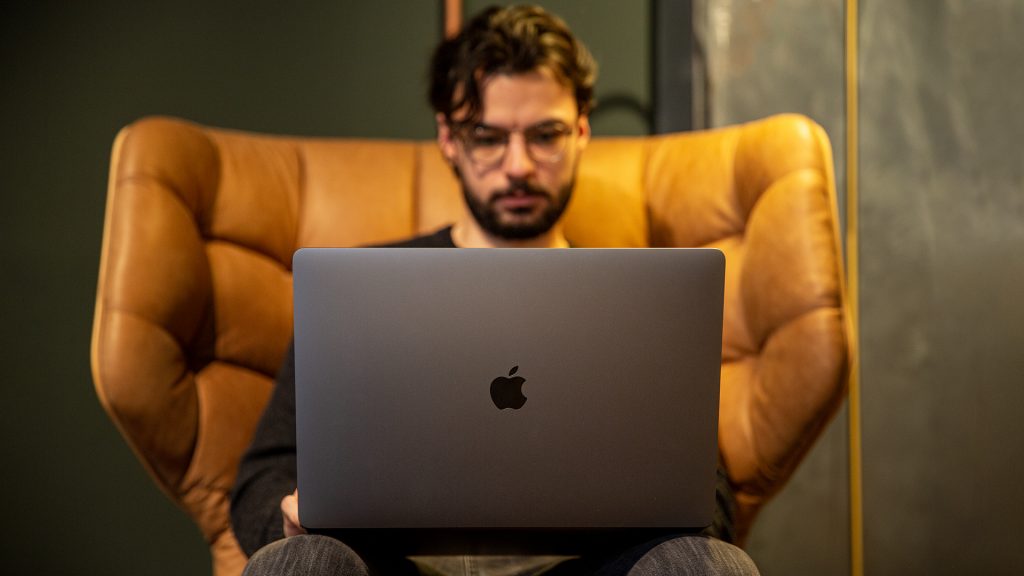 Beyond the pure computing power, the 16 ″ MacBook Pro also scores with the best notebook speakers and the best microphones on the market - not only with MacBooks or a certain group of laptops. The best speakers and microphones of any laptop - period.

Together with the large, high-resolution display and the good battery life, the 16 ″ MacBook Pro makes almost no compromises - but it can also be paid for accordingly and is only of interest to customers who really benefit from the performance.

Which MacBook should I buy now?

If you only need a laptop for everyday use (office, browsing, streaming) - you can safely grab the MacBook Air. It combines all the important functions of a good laptop - design, weight, battery life, performance, keyboard, trackpad and display - and is impressive even in the very basic version. 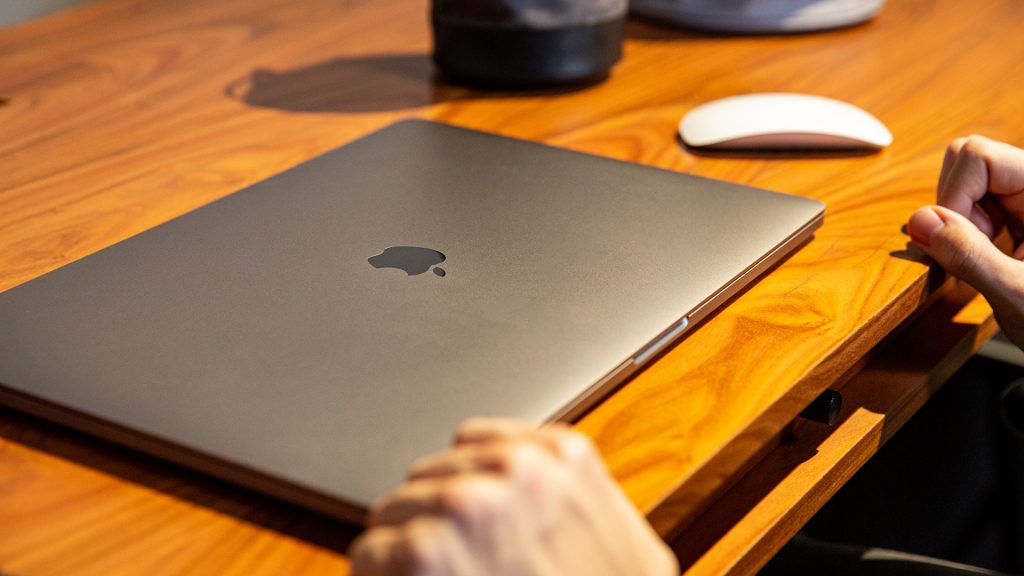 The MacBook Pro series is intended for professional use. The higher price is of secondary importance for a depreciation anyway. Those who absolutely need programs like Parallels and Bootcamp can choose the Intel version of the 13 ″ or 16 ″ MacBook Pro. Only those who benefit from a dedicated graphics card in their workflow (architects, video editors, etc.) or who absolutely want / need the larger display should resort to the 16 ″ option. Everyone else will be very happy with the 13 ″ MacBook Pro.

Those who do not have to rely on very special programs can take advantage of the M1 version of the 13 ″ MacBook Pro. This also has a better price / performance ratio than the Intel versions and should be exactly the right laptop for most users. Especially when the company pays for it.

Apple MacBook in our shop