What do Malaysians think of Kazakhstan

Can Malaysia be an example for Kazakhstan?

A few weeks ago, Kazakhstan abolished visa requirements for ten of its largest trade and investment partners. Malaysia also belongs to these countries and can also serve as a model for Kazakhstan's economic development. Here we turn to the points of contact in the bilateral relations between the two countries. 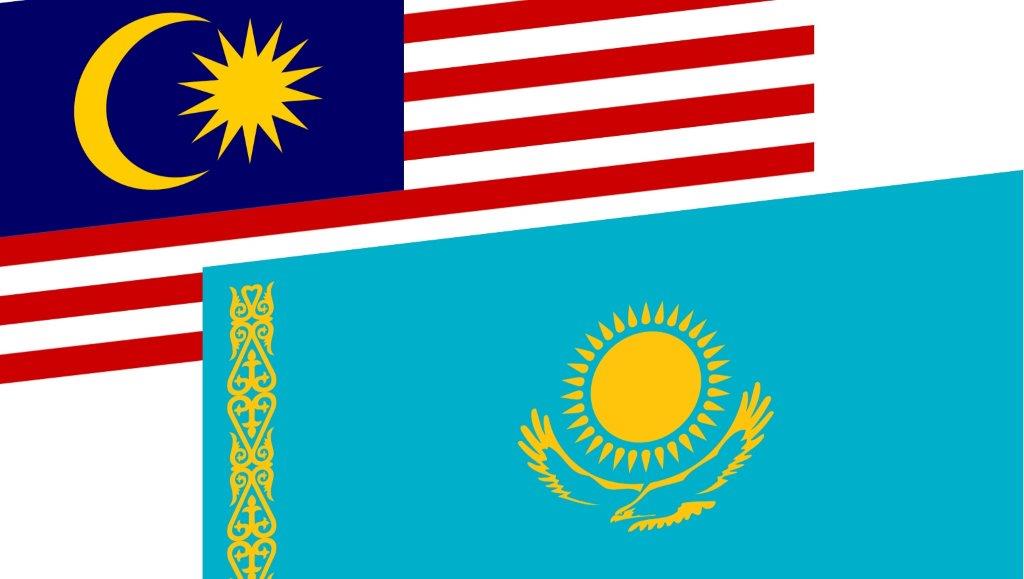 In 1996, President Nursultan Nazarbayev traveled to Malaysia for the first time. In return, Malaysia's Prime Minister Najib Razak came to Kazakhstan for the second time since 2011 in May of this year. During his three-day official visit, he was also a speaker on the Seventh Astana Economic Forum. Malaysia is one of the ten countries whose citizens will soon be able to enter Kazakhstan without a visa. It is the similarities in terms of resource abundance that the multiethnic and multiconfessional societies in both countries have in common, as well as their experiences under colonial rule, that connect Malaysia and Kazakhstan.

Also read at Novastan: Germans should soon be able to enter Kazakhstan without a visa

When Malaysia gained independence from British colonial power in 1957, it was one of the poorest countries in the world. Since then, it has rapidly developed into an upper middle class country and, with Vision 2020, is aiming for the status of an industrial nation in Southeast Asia. Kazakhstan has also been the most successful growth engine in Central Asia since the declaration of independence on December 16, 1991. With the Strategy 2050 For his part, President Nazarbayev would like to lead Kazakhstan into the group of developed countries in the world. 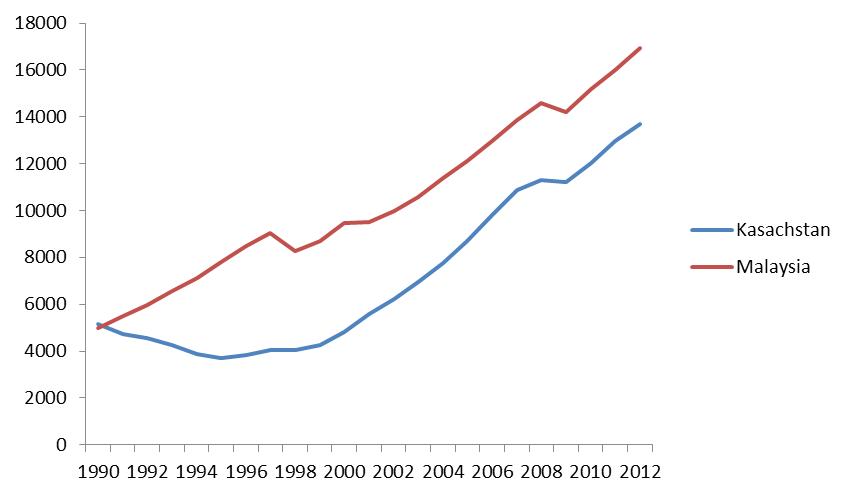 Interestingly, Kazakhstan's gross domestic product (GDP) per goiter in 1990 was even higher than that of Malaysia. However, Malaysia quickly overtook Kazakhstan in the following years and the Malaysian purchasing power parity (22,280 US dollars) was still higher than that of Kazakhstan (21,882 US dollars) in 2012. At the beginning of the 1990s, Kazakhstan had to struggle with the transition from a centrally planned economy to a market economy and suffered another setback with the Russian crisis of 1998-99. Rising oil prices since 2000 have stimulated economic growth based on Kazakhstan's raw material reserves. Kazakhstan is estimated to have oil reserves for 65 years; the coal reserves in the country even last for 308 years. Kazakhstan is also the world's largest uranium producer.

It is therefore important for Kazakhstan to reduce its dependence on raw materials, and this is where President Nazarbayev can actually look to Malaysia's successful diversification efforts. Although it is rich in mineral resources such as tin, rubber, palm oil and crude oil, rapid industrial development began in Malaysia in the early 1990s and with it a rise in the value chain away from raw material exports and towards the manufacture of semiconductors, electrical products, IT and communication products. Malaysia is the only country in Southeast Asia that produces locally designed cars. The state has significantly steered this development process with various economic plans. President Nazarbayev likes to refer to Malaysia to demonstrate that a strong leadership and a dominant political party (the United Malays National Organization in Malaysia and the Nur Otan Party in Kazakhstan) is the key to rapid economic development.

The East Asian economic miracle has been of interest to Central Asia since the end of the Soviet Union, as it represented a more appropriate development model for the region. President Nursultan Nazarbayev has repeatedly emphasized Malaysia's role as a key partner for Kazakhstan. In turn, the former Prime Minister of Malaysia Mahathir Mohamed highlighted Kazakhstan's unique experience in terms of the coexistence of different ethnicities and religions in the country. In doing so, he also underlines one of the main sources of legitimation for the Kazakh president, who often portrays himself as the guardian of inter-ethnic peace.

In fact, the populations of Kazakhstan and Malaysia are made up of many different ethnic groups; however, their national policies in this regard are different. In most of the cases it affects ethnic diversity negative on the economic growth of countries with low national incomes, since many different ethnic minorities rarely cooperate with each other and demand different public goods. Therefore, it is certainly extraordinary that Malaysia, unlike other ethnically heterogeneous countries, has experienced high economic growth rates. The reason for this is New economic policywhich was introduced as a new economic policy in Malaysia as a result of the ethnic unrest in May 1969. The main goal was to strengthen the Malay ethnic group (Bumiputra) against Indian and Chinese groups. 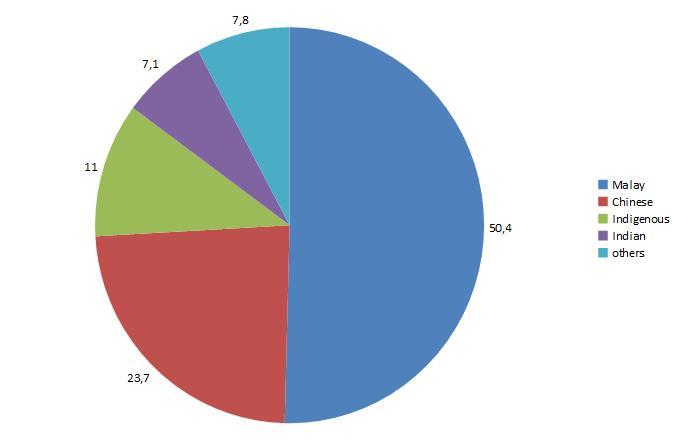 The Bumiputra make up with a population of 50.4 percent dominant ethnic group Chinese make up 23.7 percent of the population and generally represent the intellectual elite in the country. The new economic policy, for example, stipulated that listed companies hire at least 30 percent of Bumiputra. Even if they are less qualified, Bumiputra have better access to universities thanks to a quota system. There are also, for example, special government bonds only for Bumiputra. 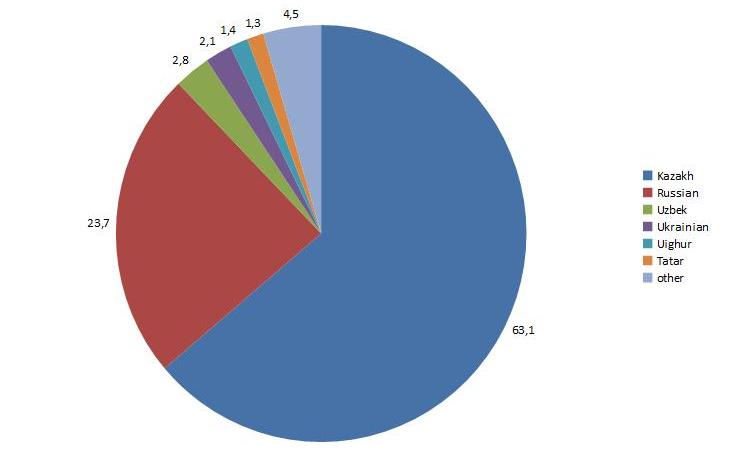 There are no comparable discriminatory measures in Kazakhstan, at least officially. Over 50 different nationalities live in Kazakhstan. In 1989 the proportion of Kazakhs was only about 40 percent of the population. The first and second constitution of 1993 and 1995 respectively confirmed Kazakhstan as the national state of the ethnic Kazakhs, while the term "Kazakhstan" includes all other ethnic minorities. It should be noted that in Soviet times the majority of the elites in the country were ethnic Russians. Independence also meant an end to the Soviet transfer payments and thus a worsening of inequality in the country.

Malaysia and the Kazakh banking system

A very concrete example of the increasingly close cooperation between Malaysia and Kazakhstan is the Islamic banking system. Both countries are in the Organization for Islamic Cooperation represented, an intergovernmental organization representing the Islamic world. With Malaysia's help, Kazakhstan would like to become a center for Islamic banking in Central Asia, which it could network with other Islamic banking centers in the Gulf States or in Southeast Asia. Islamic banking is based on the ethical norms of Sharia law. In contrast to western banking, Sharia law does not allow interest to be charged. All bank financing must also be tied to real assets. During the global financial crisis of 2008, Islamic financial products proved stable and therefore gained popularity.

Seventy percent of Kazakhstan's population are practicing Muslims. 100 percent owned by the government of the United Arab Emirates first Islamic bank in Kazakhstan opened in 2010, one second is already being planned. The first bank under Islamic law was opened in Malaysia in 1983. 20 percent of all bank balances in Malaysia are managed according to Sharia law. According to Malaysia's Prime Minister Najib Razak, Kazakhstan has the potential to transform itself into a regional center for Islamic banking in Central Asia. During the visit of the Malaysian premier, therefore, one was decidedly Expert group to send the Malaysian bank "Negara" to Kazakhstan to support Kazakhstan in the further expansion of the Islamic banking system.

In the past, Kazakhstan's Ambassador to Malaysia Beibut Atamkulov has been to the more than 60 Malaysian companies who are already investing in Kazakhstan. Among other things, Kazakhstan cooperates with Malaysia in the production of halal foods. Since the first Malaysian astronaut 2007 set off from Kazakhstan to the International Space Station, both countries are also considering how they can jointly advance the space industry. At their last meeting, Malaysia's Prime Minister Najib Tun Razak and President Nazarbayev also agreed that Malaysia's state-owned oil company Petronas Investment opportunities in Kazakhstan's oil and gas sector should explore.

Malaysia shows approaches on how deep ethnic divisions and a weak general national identity can be handled so that they do not represent an obstacle to economic development. This is an important aspect for Kazakhstan with regard to the coexistence of different ethnic groups. Laws that make speaking Kazakh at work, in school and at university compulsory mean, in some cases, discrimination against Russian-speaking ethnic groups and are therefore not conducive to ethnic integration.

Experience and knowledge from Malaysia can be brought into Kazakhstan through the cooperation agreements in the banking and construction sectors. But also Kazakh students who increasingly choose to study in Malaysia (in 2013 approx. 2000 Kazakh students studied in Malaysia) can bring home what they have acquired during their English-language training in Southeast Asia.

Malaysia is often used as a model of successful business in Kazakhstan, not least to distinguish itself from the Western European development model. But it should not be forgotten that not all of them in Malaysia either economic and social problems are fixed. US President Barack Obama praised Malaysia last year as a country of diversity and tolerance, but corruption, regional and social inequalities still exist.

After all, Malaysia has been independent for almost 50 years, while Kazakhstan only gained independence 25 years ago. Perhaps that is why one should compare the historical economic development of the two countries less directly and instead concentrate more on the promising opportunities for cooperation between the two countries. In May, President Nazarbayev announced the current one bilateral trade volume of $ 130 million as "very low" - although in 2013 it was up 14 percent.

For the future, Kazakh Prime Minister Karim Massimov and Malaysian Prime Minister have three Letters of intent for business projects Signed for $ 1.1 billion. On a less economic level, too, Kazakhstan's support in the search for the Malaysia Airlines MH370 aircraft that crashed in March and has since been missing has shown interest in long-term cooperation with Malaysia.