The Buddha in us and the search for happiness

Luca, Joshua and Luisa sit with their mother in the living room and "chant" - that's what Buddhists call their prayers. When the mantra is repeated, deeply and monotonously, a devout atmosphere spreads in the room, completely without Buddhist temples and monks in orange robes. The children sit on ordinary chairs in front of a kind of altar, which at first glance looks like a completely normal wooden cupboard. If you open your door, you won't find coffee cups behind, but a scroll.

Pray to the Universe

This scroll, called Gohonzon, is the central object of worship in Nichiren Buddhism: an elaborate calligraphic mandala that summarizes the central statements of the Lotus Sutra, one of the most important Buddhist textbooks. "The characters are in Sanskrit, we can't actually read them," says Luisa. "But above all, we say one sentence over and over again, and we know it by heart: Nam-Myoho-Renge-Kyo. This is at the center of Gohonzon and translates as: I dedicate myself to the mystical law of cause and effect with my voice. We pray to the universe with it. "

Buddhism has between 250 and 500 million followers worldwide. This makes it the fourth largest religion on earth after Christianity, Islam and Hinduism. It is particularly widespread in the south, south-east and east of Asia. Buddhism is divided into three major currents: Theravada in Thailand and Myanmar, Vajrayana in Tibet and Mongolia and, last but not least, Mahayana in China, Japan and Vietnam, which also includes Nichiren Buddhism. About a quarter of all Buddhists live in China. 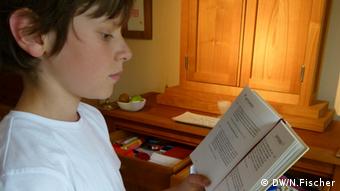 Buddhism has also been practiced in Germany for around 150 years - now by around a quarter of a million believers. It was the philosopher Arthur Schopenhauer who dealt with Indian philosophy and was one of the first Germans to come into close contact with Buddhism.

Buddhism is a peaceful religion, Luisa from Cologne also knows. She tells how Prince Siddhartha Gautama became the first Buddha. "He was a prince who no longer wanted to visit his palace. That's why he went on a journey. He became a monk and for many years wondered why people had to suffer. At some point he finally achieved enlightenment. Buddha means:" The Enlightened ". The God in heaven does not exist for us. We say that every person has a Buddha in them and can also attain enlightenment. And that's why we chant, we are working towards our enlightenment. That is for us perfect happiness. "

Living in the here and now 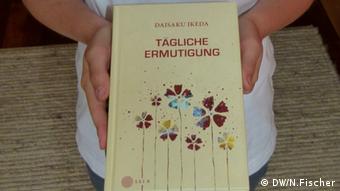 Nichiren was a Buddhist reformer who lived in Japan from 1222 to 1282. The direction he established is characterized above all by its strong relevance to the present. "It's about leading a happy life here and now," says Luisa's mother, Kathrin Meister. "You achieve that when you understand that life is eternal. Everything is included in every single moment: past, present and future."

At the age of 23, Kathrin Meister joined the Sōka Gakkai. Translated, this means: "The society that creates values". She is now married to a Buddhist. The Sōka Gakkai religious community has existed since 1930 and, according to its own information, has 12 million members worldwide, around 5,600 in Germany.

In the 1990s, the Sōka Gakkai was accused of mixing religion and politics as well as aggressively advertising. Most experts now see these problems as solved. Werner Höbsch is head of the department for interreligious dialogue and ideological issues in the Archdiocese of Cologne. He tends to give the all-clear: his experiences with members of the Sōka Gakkai have been "stimulating and positive". 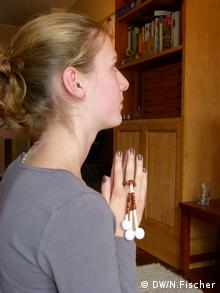 Luisa and Joshua rarely talk to their friends about their religion. A friend, says Luisa, was once very interested in it and wanted to know all sorts of things. But she did not become a Buddhist. Joshua reports that although his classmate asked curious questions, including what kind of altar in the living room, there was nothing more. At the gatherings of the Sōka Gakkai, the children regularly meet like-minded people of their own age.

They perceive their religion as completely normal, even if many of their German friends are Christian or atheistic. The children are completely impartial with their beliefs and even see practical advantages. Joshua explains how the mantras help him in everyday school life: "I used to be so excited doing math and suddenly forgot everything. And then I silently chanted Nam-Myoho-Renge-Kyo for myself while I was working, and it got better. "