Most men in San Francisco are gay

From the Summer of Love in 1967, many homosexuals of the hippie and flower power generation came to the former Irish working-class neighborhood. Shops big and small have opened and many of the old Victorian cottages have been restored with great attention to detail. Pubs, restaurants and bars for gays have opened. 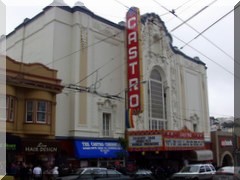 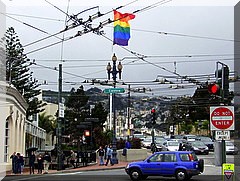 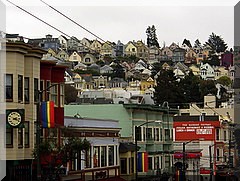 Everyone was welcome and it has remained so to this day. The quarter, which used to be known as the Eureka Valley, is particularly popular with gays and lesbians. Everyone can live out their sexual inclinations here and nobody is bothered by it.

If you come to this quarter, you will notice the many small and large flags that can be found on practically every lantern. You can see the colors of the rainbow, the international symbol of the gays and lesbians of this world, from afar.

It was a bit strange for me to see two men kissing in the street. But when I think about the fact that in some areas it is normal for men to fight each other on the street, then I would much prefer them to kiss here. I think it's good that something like this is allowed today and actually there's nothing to it. 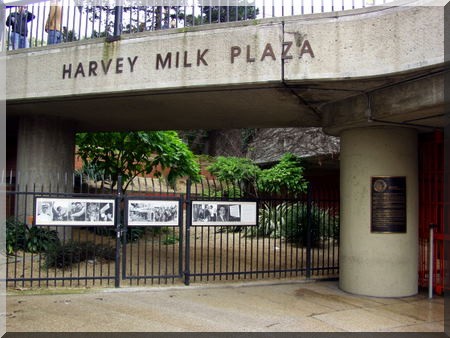 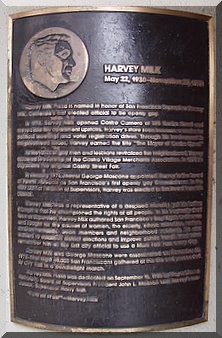 At the entrance to the metro station in Castro, a memorial was erected to the former city councilor Harvey Milk. Harvey Bernard Milk was an American politician and civil rights activist for the gay and lesbian movement. He was the first self-confessed gay councilor in San Francisco and was shot dead on November 27, 1978.

This part of the city should not only be visited for the many Victorian houses. If you have the time, you should do that tooCastro theatervisit

Here you can find the map and directions.

After the page has opened, simply enter your place of departure (house number and street) and click "the magnifying glass" click. Then the route is automatically drawn on the map.

If you like my site, you are a member of Facebook and you would like to recommend it to your friends, then you are welcome to do so here.
Thanks a lot for this!