Why do people join the military today?

US President Joe Biden signed an order that "all Americans qualified to serve in the United States Armed Forces should be able to do so," the Washington White House announced. "President Biden believes that gender identity shouldn't be a barrier to military service and that America's strength lies in diversity."

The White House said, "Allowing all qualified Americans to serve their country in uniform is better for the military and better for the country." The armed forces are more effective when they are inclusive. "To put it simply, it's the right way and it's in our national interest."

Transgender people are people who do not - or not only - identify with the gender that was noted at their birth. With Rachel Levine, Secretary of State in the Department of Health, Biden has nominated a transgender woman for such a high post in the US government for the first time. 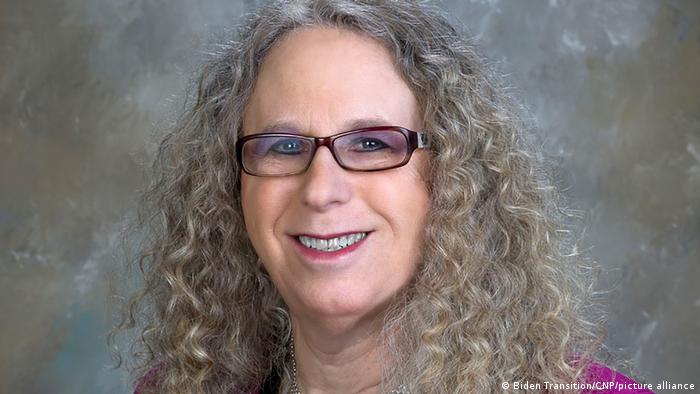 US President Joe Biden appointed Dr. Rachel Levine as Secretary of State in the Ministry of Health

Former US President Donald Trump banned transgender people from serving in the armed forces in August 2017, in turn reversing a decision made by his predecessor Barack Obama. Trump cited the rationale for the highly controversial move that the military could not be burdened with the "enormous medical costs" associated with serving transgender people. He had called for more studies at the time to ensure that transgender people did not inhibit military effectiveness, destroy cohesion, or strain military resources.

Federal courts had initially stopped Trump's plans. However, the Supreme Court ruled in January 2019 that the ban can come into force until a decision by the appellate courts. The ACLU civil rights movement, which welcomed Biden's decision, was among the plaintiffs against Trump's plans. "This is an incredible victory for our clients and sends the message that transgender people not only belong in our armed forces, but also in our country," wrote the ACLU on Twitter.

The civil rights movement Human Rights Campaign thanked Biden for the action. The US armed forces would put qualification over discrimination again, it said in a statement.