Marcus Aurelius was killed by his son

Be careful not to become a tyrannical emperor! Don't take such a paint job because it happens so easily. ... Strive for you to remain the man that philosophy wanted you to be. (Mark Aurel, self-contemplation) 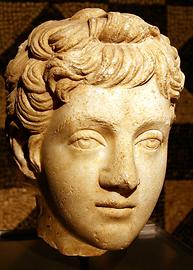 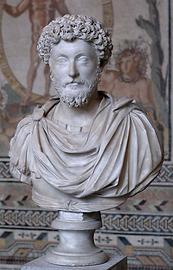 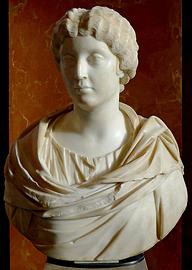 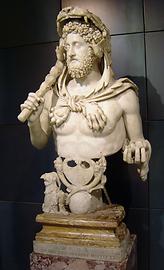 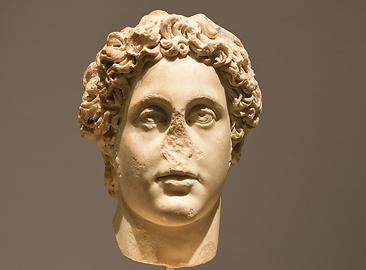 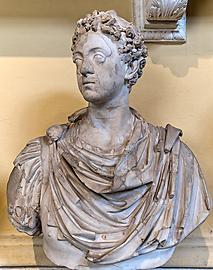 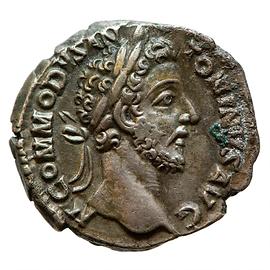 Emperor Commodus as a portrait on denarius. A denarius (with little silver content) was worth at most two sesterces. Actually a reference to the emperor's financial problems, which he solved to the annoyance of all subjects anyway - Photo: York Museums Trust Staff, Wikimedia Commons - Public domain

Emperor Commodus as Hercules with a club on a denarius. Caesar madness as propaganda - Photo: Wikimedia Commons - Public domain
Commodus was born on August 31, 161 in Lanuvium (Lanuvio, Lazio region, metropolitan city of Rome) together with a twin brother who died at an early age. As the son of a reigning emperor, Marcus Aurelius, he was considered a purple birth. (Descendant born under a reigning emperor.) His mother Faustina the Younger was also the emperor's cousin. At the age of five he and his younger brother Annius Verus (162-169) were nicknamed Caesar. Which also clarified the question of the succession in the imperial office. Marcus Aurelius had a total of thirteen children with Faustina the Younger. As a 14-year-old Commodus experienced the internal political dispute with a primordial surpator and his failure: 175 the praefectius aegypti, Avidius Cassius received a false report about the death of the emperor Mark Aurel, whereupon Cassius was proclaimed emperor. At that time Egypt was Rome's most important grain supplier. Although Marcus Aurelius was preparing war against Cassius, he wanted to pardon him. Avidius Cassius failed with his rebellion and was murdered three months later by a centurion in July 175.
In the same year Commodus went with his father to the east of the empire and got to know the most important representatives of the Second Sophistic. A philosophical teaching that nobody was really satisfied with, because on the one hand it apparently explained everything correctly and finally turned it into the absurd and transfigured it. In other words: an argument in favor is always followed by an argument against ...
On December 31, 192, Commodus was murdered in the course of a palace conspiracy. He had probably thoroughly upset someone in his court. This conspiracy was led by a certain cubicularius (servant of the Roman emperors) Eclectus with the participation of Marcia Aurelia Ceionia Demetrias, a concubine Commodus. Presumably Commodus was drunk and was strangled in his own bathroom by an athlete named Narcisscus. It was said that Marcia poisoned him and killed his wrestler - Commodus had his own wrestler for fighting games.
The lineage of Antoninus Pius ended here.
The damnatio memoriae was imposed on him. Everything that remembered him was destroyed, damaged or removed. The Senate placed no value on the deification of the murdered emperor.
The only strange thing is that Commodu's government was similar to that of Caligula, Nero ...
And it also became the subject of several feature films. Their content is also entertaining and yet to be questioned.
After his death, this powerful empire called Rome began to decline.
Laetus immediately enforced that the city prefect (something like a mayor) of Rome, Pertinax, was proclaimed the new emperor. The year of the four emperors began with him. It remains unclear whether Pertinax pulled the strings that led to the murder of Commodus. Emperor Pertinax tried to correct Commodus's mistakes, the murdered were duly buried, the captured senators set free, unfortunate laws were reversed and the state finances were put in order. However, three months later, Pertinax was slain during a chaotic uprising by the Praetorian Guard ... Probably a reflection from the era of Commodus.
annotation
[1] Such proscription lists were introduced under Sulla