What were the Celtic symbols used for?

Triskele: the meaning of the oldest Celtic symbol

The triskele is a symbol made up of three spirals that close, or three bent human legs, or any other symbol with three symmetrical extensions.

It generally has a common symbolism with the swastika, which symbolizes the movement of the sun, but also the phases of the moon, renewal of life, continuity and constancy of nature and life, and the transience of time and things.

The triskele can be defined as one of the most beautiful and most widely used symbols in the Celtic tradition.

At first glance, we get the image of a circle that seems to have three legs or spirals, each of which seeks its own side, its own direction of development and yet remains firmly connected to its center. Everything about this sign simply calls for human growth and development.

The triskele is simply a wonderful union of a powerful trinity.

Another part of the triskele, the number three, which is also synonymous with divinity and perfection in numerology.

The most fundamental meaning of this number is certainly related to the Holy Trinity and it symbolizes the unity of the Father, Son and the Holy Spirit.

It is therefore not surprising that it is often heard that the number three is actually a heavenly number that unites the basic principles of spiritual development, but also represents a combination of human will, instinct and intellect that brings our soul closer to wisdom .

Both solar and lunar meanings are ascribed to the triskele, so that the masculine and feminine principles intertwine in it.

The triskele is also the most perfect symbol for working on an already existing basis, in its spirals we see openness to new ideas, but also the rejection of all possible prejudices.

As the oldest Celtic symbol, the triskele is in many ways a symbol that has great value in different cultures and, even in its simplicity, has many different meanings.

The history of the triskele 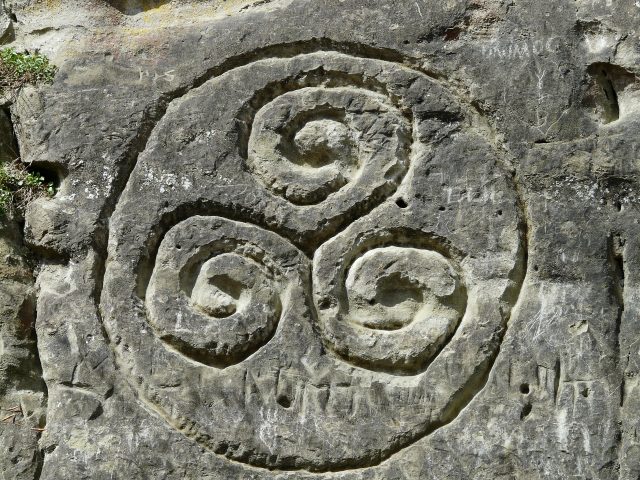 The triskele symbol is the oldest Celtic symbol believed to have existed since the Neolithic.

This symbol was first carved into a historic tomb in Newgrange, Ireland, older than the pyramids in Egypt and Stonehenge.

The triskele, which consists of three human legs, is also younger than the triple spiral.

This symbol was also used in Greek ceramics, shields, and coins.

Since Sicily also has three headlands, the triskele and the head of Medusa belonged to the flag of Sicily.

The Isle of Man also has the triskele on its flag and coins, where it is said to have been introduced to the Isle of Man by the Vikings.

In addition, the triskele was used in the Iron Age, where carvings were found in northern Portugal.

In Celtic Christianity, the triskele symbol also takes on a new meaning where it represents the Holy Trinity.

The Greek theory of the origin of the triskele symbol 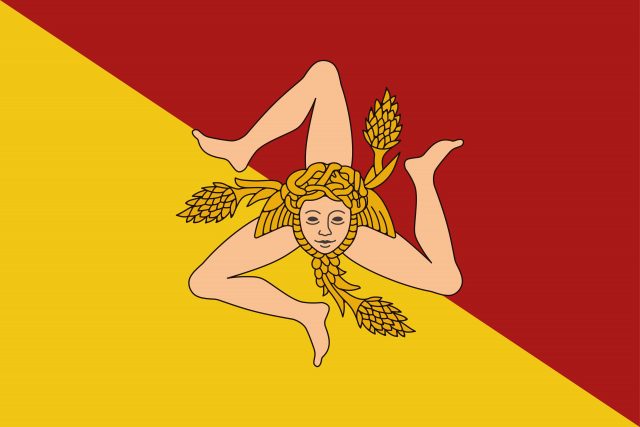 There are two theories about the creation of the Triskele symbol, but one of the most notable is the Greek.

Based on this theory, the triskele was first designed and used by the Greeks, with the word triskele meaning three-legged in Greek.

The triskele is also the symbol of Sicily, and back when Sicily was a colony of Greece, the center of the triskele was the head of Medusa (a gorgon from Greek mythology).

Today the flag of Sicily still contains the head of Medusa, but instead of snakes, the head is surrounded by three ears of wheat and a pair of wings, representing the extraordinary fertility of the Sicilian land, and so the symbolism of the triskele took on a completely different meaning.

The triskele was also the decoration for coins of the Mediterranean for many centuries.

The Viking theory of the origin of the triskele symbol 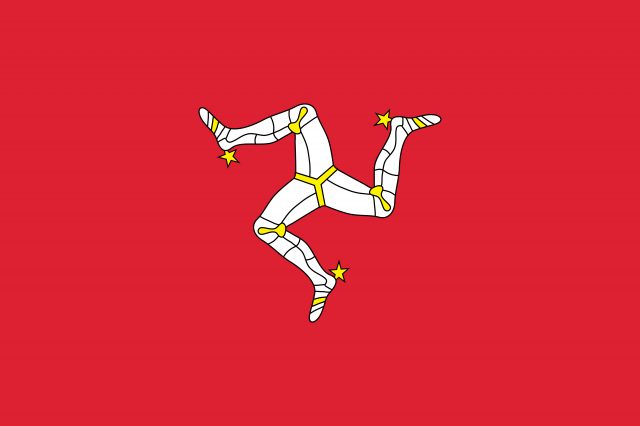 Based on the Viking theory, the triskele was brought to the Isle of Man by the Vikings when they invaded the island.

Based on Norse mythology, the triskele represented the movement of the sun through the sky.

An alternative theory is that the triskelons of Alexander III. was introduced to the island from Scotland after gaining control of the island in 1266.

The triskele also appears on the Isle of Man banknote.

What does the triskele symbolize? 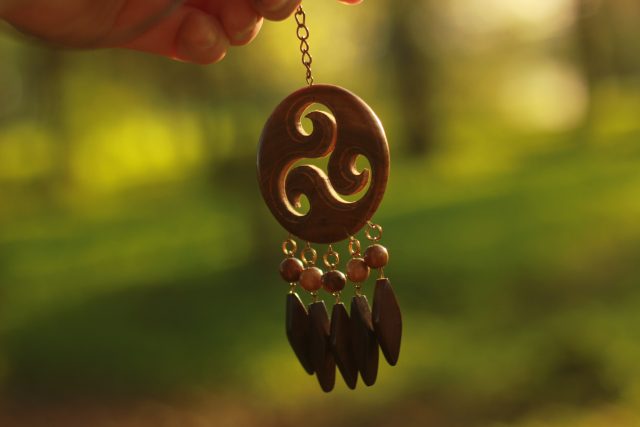 The triskele has many meanings, for example, based on Norse mythology, it represents the movement of the sun across the sky.

In Christianity, the triskele represents the holy trinity of the Father, Son and Holy Spirit.

Christianity also regards the symbolism of the triskele as the three days from the death of Jesus to his resurrection and the three seductions by the devil.

It represents the past, present and future.

It can also mean creation, preservation and destruction.

In the Celtic traditions, the triskele represents the heavenly, spiritual and material world.

The three aspects of the symbol can also represent air, water and the sky of the material world.

Because the triskele is used in so many cultures, its meaning and usage may differ, but its main symbolism is the movement and divine perfection of the number three, which has great meaning.

Other names for the triskele symbol 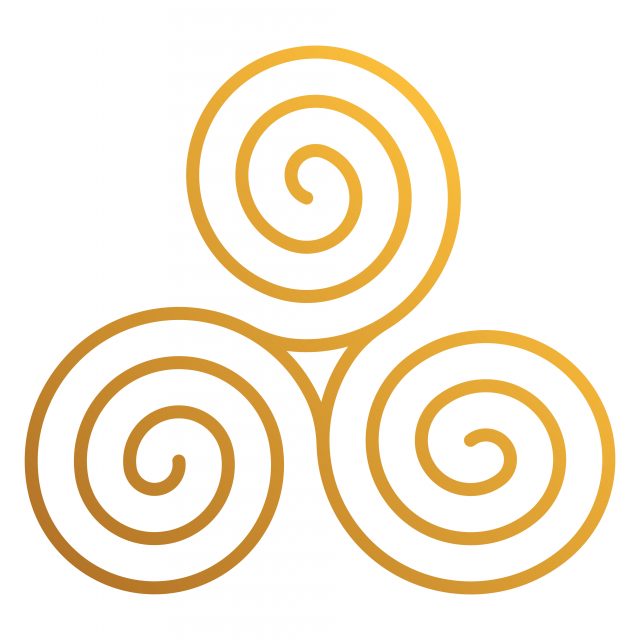 Since the triskele is part of numerous cultures and traditions, its name can also differ, so this is one of the most common alternatives for the term triskele:

The symbolism of the triskele as a Celtic symbol 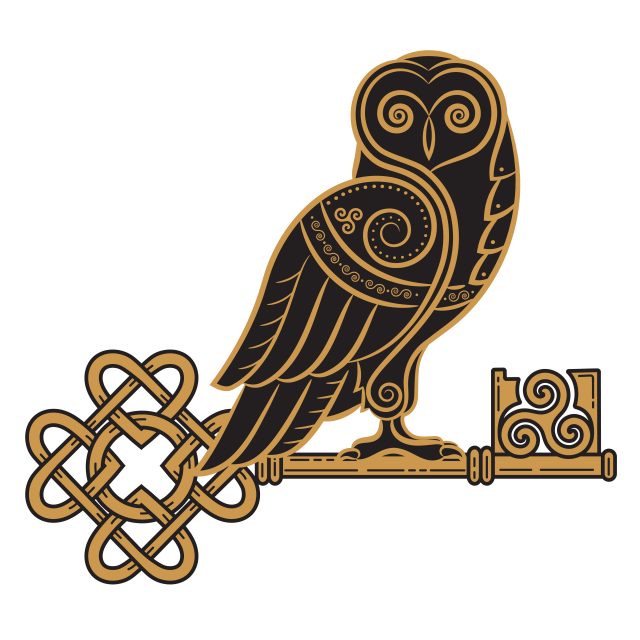 As a Celtic symbol, the triskele stands for progress and is one of the oldest stone carvings in the world.

This is an ancient pagan symbol that represented the beliefs of people as well as the earth, water, heaven and the Celtic world.

This ancient Celtic symbol moves with the rays of the sun and emits infinite energy and keeps moving forward.

In addition to depicting the sun, her spirals are also mystically related to the generative power of the womb. The triskele can also represent fertility and renewal.

The Celtic meaning of the triskele is progress and overcoming adversity.

In the Celtic traditions, everything that is important comes in threes, and so the triskele represents this belief.

Although the Celts ascribed great symbolism and value to other numbers, the Celts believed that there was a very strong energy associated with the number three.

The Celts had several reasons for this. In addition to the numerous trilogies that could symbolize the symbolic meaning of triskele, the number three has also been associated with the phases of the moon: new moon, crescent and full moon.

If we consider the triskele as a moon symbol, we also open up the possibility of a completely new list of potential symbolism.

The difference between the triskele and the triquetra

The triquetra, better known as the Trinity Knot, is a Celtic symbol of ancient origin and one of the earliest symbols of Christianity, which preceded the cross by hundreds of years.

The triskele, or triple spiral, is considered to be the oldest symbol of spirituality.

The triskele is a symbol of birth, death and rebirth, while the triquetra symbolizes eternal spiritual life.

The triquetra is most simply represented by three interlocking circles.

The triquetra is often found illustrated with three fish in a similar shape. This symbol is theoretically represented to represent a three in a concept that is similar to the concept of the triskele.

These two symbols may look similar, but they are two completely different symbols with their own meaning, history, and usage.

The magical properties of the triskele 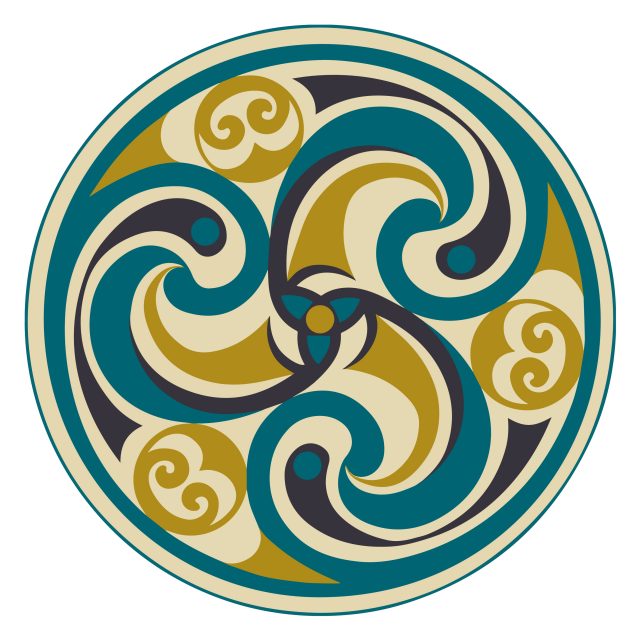 Since the number three has great magical powers and is considered sacred, the triskele can be used in a variety of ways to improve certain areas of life.

Since the triskele also represents the sun, it was often worn as a pendant by aristocrats in modern Europe.

If one wants to make and maintain progress in life, one should wear a triskele pendant.

Based on the Celtic belief that all clockwise spirals represent the harmony of nature, the triskele should also be worn when an individual wants to live in harmony with nature and the earth.

The pendant with the symbol of the triskele is intended to ensure the mental well-being of its owner, eliminating unnecessary arousal that has accumulated in the body.

The triskele is also used to protect against the panic attacks that modern humans are exposed to.

In a moment of doubt, this symbol will help you make the decision that is right for you and defend negative emotions.

The modern use of the triskele symbol 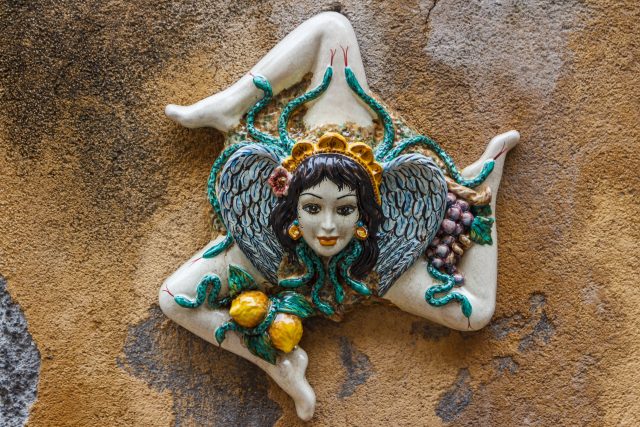 The United States uses the triskele symbol on its seal for the transportation division.

Triskele variants can also be found on the coat of arms of Fussen in Germany and on the national flags of Ingushetia, Ust-Orda Buryat Okrug, Sicily and the Isle of Man.

A variation of the triskele symbol is also found on the Irish Air Corps aircraft marking.

This symbol can also be found in the shape of the spider adapter for vinyl records.

Its meaning is also found in the modern neo-pagan movements, where this symbol represents a variety of triplicities in cosmology and theology.

The triskele symbol was popular as an indicator of strong and friendly competition.

For modern mankind, this symbol could be used to stimulate a revolution or to symbolize the progress of society.

Regardless of how you use and understand this symbol on yourself, it will always mean that things are moving forward, and so should we, and life is an endless cycle in which to strive for progress and growth. 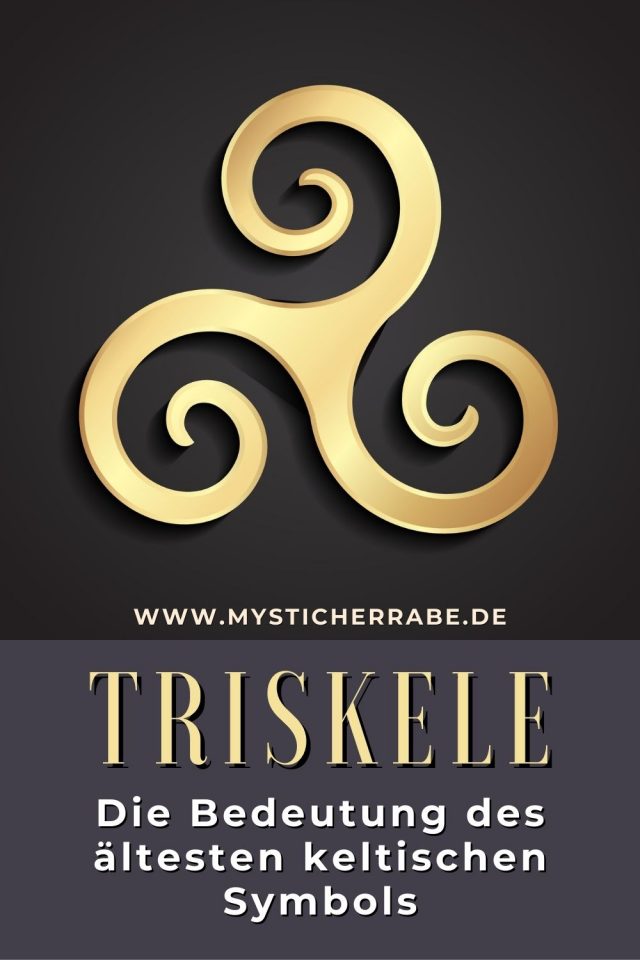