Most cars of our time are forced into a balancing act by their developers, which in the long run becomes an acid test: In order to appeal to the broadest possible target group, they should have different characters - and are rarely able to convince in both poles of the desired spectrum. But what might be a sensible path for an all-rounder is simply out of the question for an extremist like the new BMW M3 G80: Those who buy an M3 are not looking for a comfortable touring sedan. And doesn't get it either. Instead, the icon is allowed to be itself in its sixth generation and does not even try to please everyone.

For our first driving report with the new BMW M3 Competition G80, we were allowed to drive a copy in Frozen Portimao Blue, but in the case of the new generation it certainly doesn't need an individual paint job to attract attention: no matter how you stand in front of the new M3, the impression of a brutal muscle man imposes itself from every angle. But enough has been said about optics, so get behind the wheel! As soon as the door is opened, the first glance into the interior underscores the sporty ambition: the optional M carbon bucket seats with openings and high side bolsters promise enormous lateral support, but not easy entry - they remind the driver before every journey that he is in one M3 joins, which means it with the demarcation of the 3 series even more seriously than any of its predecessors. 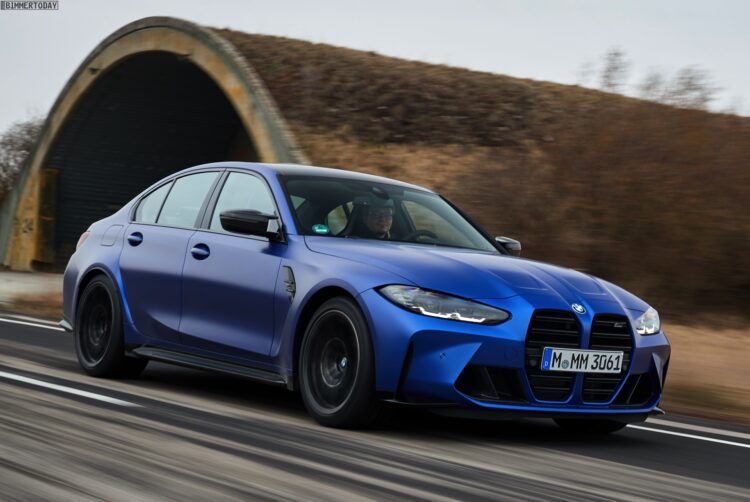 The fact that the emancipation from the good 3-seater base is not limited to design and seats can be felt a short time later on the country road: After the first tentative setup clicks in the direction of sport, the M3 drops almost all restraint and for the first time indicates that what its developers mean by an intense driving experience. The focus is not only acoustically on the biturbo in-line six-cylinder S58, which competes in the M3 Competition with 510 hp and a maximum torque of 650 Newton meters. While similar cornerstones are regularly served very civilized in other vehicle classes today, the drive of the BMW M3 Competition celebrates civil disobedience.

The fact that it only sends full power to the rear wheels, which are sometimes overwhelmed by so much energy, is a downright open secret: No matter what speed range you are currently riding, a little lunge or at least a happily twitching rear is always possible. The longitudinally mounted R6 is anything but reserved on the sound track, at least in the interior the power pack is unmistakable with every short intermediate sprint and accompanies the digital needle, which is more reminiscent of a progress bar than the timeless beauty of analog instruments, on its rapid journey the speedometer display is pretty convincing. How much of the sound is artificially generated or at least amplified remains the secret of the programmer.

In the area of ​​engineering secrets, however, is how M GmbH has taken such a big step in terms of front axle performance: Although the weight of the BMW M3 G80 is known to be a good bit higher than that of its predecessor, the sixth generation steers noticeably more willing and more agile than its predecessor. No matter how tight the curve radius seems, the front axle stoically follows every steering command and can actually only be forced to understeer gently on dry asphalt with gross misbehavior. Even in fast bends with larger radii, the M3 sedan is extremely stable and conveys enormous confidence. 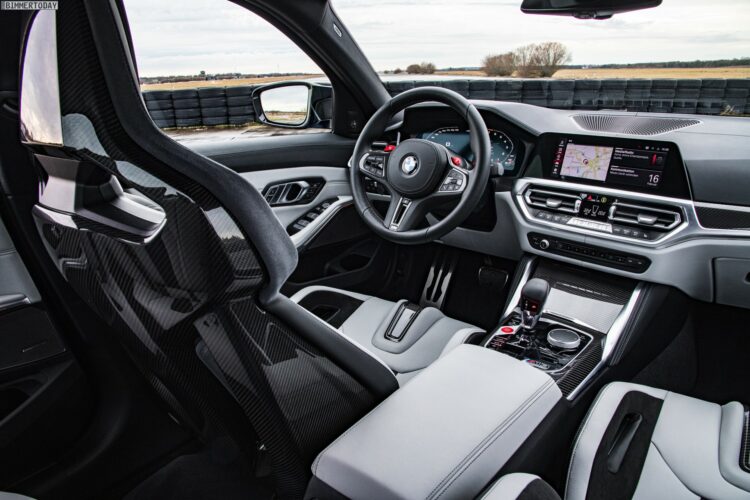 The full performance of the construction does not become apparent until a later drive on the premises of the Driving Safety Center in Maisach, but the performance of the M3 also earns a lot of respect on public roads: The 38 kilograms of additional stiffeners compared to the base are undoubtedly well invested , because despite all the additional weight, they are the foundation of progress in driving dynamics. Especially when you realize the high level of its predecessor, the new BMW M3 already looks like a show of power.

Finally, the cordoned-off route in Maisach offers the ideal setting for pushing the M3 Competition to its limits. And while the lively rear end at full throttle acceleration on public roads now and again gives the impression that the power sedan is reluctant to accelerate without a minimum drift angle because of all the power, the agile setup in the racetrack context fits like a fist on the eye: Anyone who feels comfortable with powerful rear-wheel drive vehicles can hold the M3 with deactivated DSC at every corner exit in the narrow window between the slightly slipping rear wheels and gentle drift and literally feel the 510 hp massaging into the asphalt.

The new M Traction Control, which allows the electronic driving aids to support the individual driving style in no less than 10 levels, provides quite convincing support. Depending on their preferences in terms of the liveliness of the rear, maximum drift angles and DSC intervention thresholds, everyone can taste for themselves how sharply they would like to enjoy the BMW M3 Competition. As before, the two favorite M setups can be saved on the red M1 and M2 buttons on the steering wheel and activated at any time if the requirements change from one second to the other. 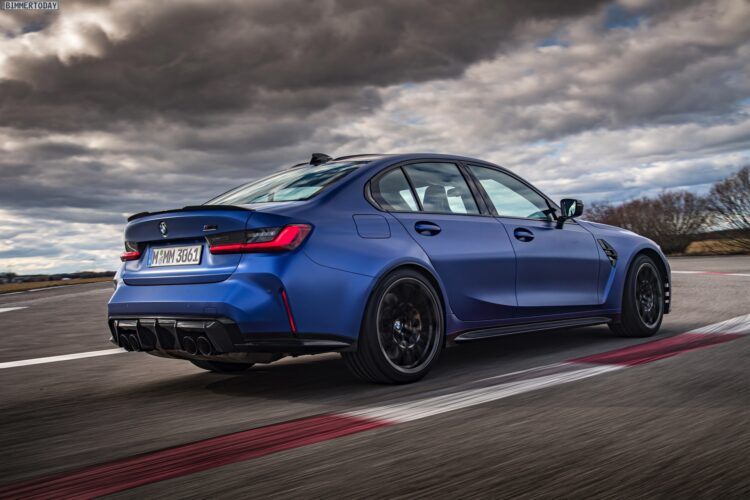 After several hours at the wheel of the BMW M3 G80, the first impression became clear: Number 6 is a real character actor that has become extremely rare in the perfection-driven car world of 2021. Anyone who just wants to drive a lavishly motorized touring limousine or an inconspicuous everyday athlete should perhaps think again about whether the M3 is really the right car for them. The same applies to everyone who is secretly afraid of a working rear end or who would rather pursue other activities than actively and consciously drive a car while driving. However, anyone who is an avowed sports car fan, who misses the necessary flavor in most current cars and perceives intensive work at the wheel as a promise rather than a threat, will probably find a soul mate in the new M3.

Only the future can show whether the deliberately pointed coordination is a good idea for comparative tests, which are usually looking for balanced overall packages. But one thing is already clear after the first drive: on an emotional level, the new BMW M3 Competition offers an experience that doesn't have to hide behind real sports cars. And even if the design of the power limousine has a provocative effect on one or the other observer and is controversial, it fits perfectly with the character of the M3 with its consistent breach of all conventions: Those who go their own way out of pure conviction and with a swell of pride, will it can also show.