What is steam trap

What does a steam trap actually do and why does it protect the pipes? There is more about this in this post. 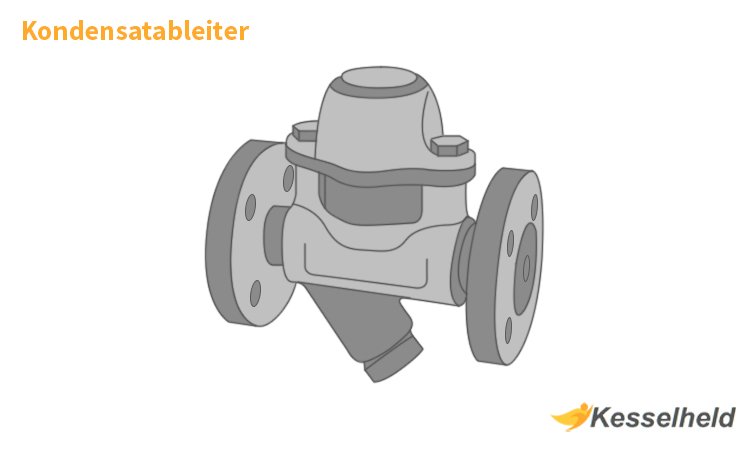 Why is a steam trap necessary?

Technical systems that heat water are subject to constant changes in the state of aggression. As soon as water boils, it turns into a gaseous state. When the steam cools down, the gaseous form becomes liquid again. This condensation leads to an imbalance in pipe systems.

Since water vapor is required with as little loss as possible in many functions, a “technical” skimming off of the condensate is necessary without major loss of steam. This task is performed by a steam trap. It acts as a “cleaning” component that uses a valve mechanism to divert “wrong” water.

Another important function is to prevent steam hammer. In this case, vapor bubbles suddenly collapse in a cooler liquid environment because the external pressure is stronger than the internal pressure. This phenomenon threatens the power systems up to the point of explosion. This is because water vapor flows through the pipes at a significantly higher speed than liquid water. Drops of condensation water can sometimes be carried away by water vapor like projectiles.

Mechanical derivation with a bell, capsule or ball

Mechanical steam traps use the physical properties of steam and water. The water level in the system carries a spherical float. The ball triggers the valve when the condensation rises. It is discharged into a drain until pure steam lets the ball fall back to the floor.

A membrane takes over the regulation in the condensate drain for compressed air in capsule form. It opens and closes depending on the boiling point of the water. The latter is variable depending on the pressure and the membrane reacts to it.

For the drainage of pipe systems, the correct placement of the condensate drain is a prerequisite for functionality.

The general rule is that a drainage point should be set approximately every 30 meters if the pipeline runs straight. In addition, condensate drains must be installed at all points in the pipe system where condensate occurs. Put simply, this is the case at all circulation locations where the cross-section and the flow velocity change or a flow blockage occurs due to shut-off valves.

On vertical lines, the condensate drain must be installed at the lowest point in the line. Horizontal sagging pipes and routes without a slight slope (one percent) can hinder or prevent the automatic mechanical drainage. The dimensioning of the collecting connection is decisive for the leveled drainage of the condensate. It has to absorb the amount of liquid as precisely as possible in order to rule out idling and backwater.

Two methods will help in the verification

Each component has a standardized symbol for technical building and construction plans. The symbol corresponding to the steam trap consists of a divided circle. The dividing line between the white upper and black lower surface halves runs from the lower left (half past seven) to the upper right (half past one). To test a steam trap, the noise and temperature can be measured. Installation stethoscopes and ultrasonic knives are used as test devices for noise.