Google of the day: 6/2 (2 + 1) (?)
Something fun for the weekend: The above math problem has been circulating on the Internet for many years and is dug up from various social media every now and then. It is currently circulating again, and that's why I'm simply making it the “Google of the day” because the calculator integrated in the search engine fortunately solves this task correctly.

You can't really argue about math because it's based on simple rules (I know that's a matter of opinion) that are perfectly logical. Of course there are tasks with result sets in which several solutions can be correct - but only if variables are used. But the following short math problem actually makes many people despair and leads to heated discussions. 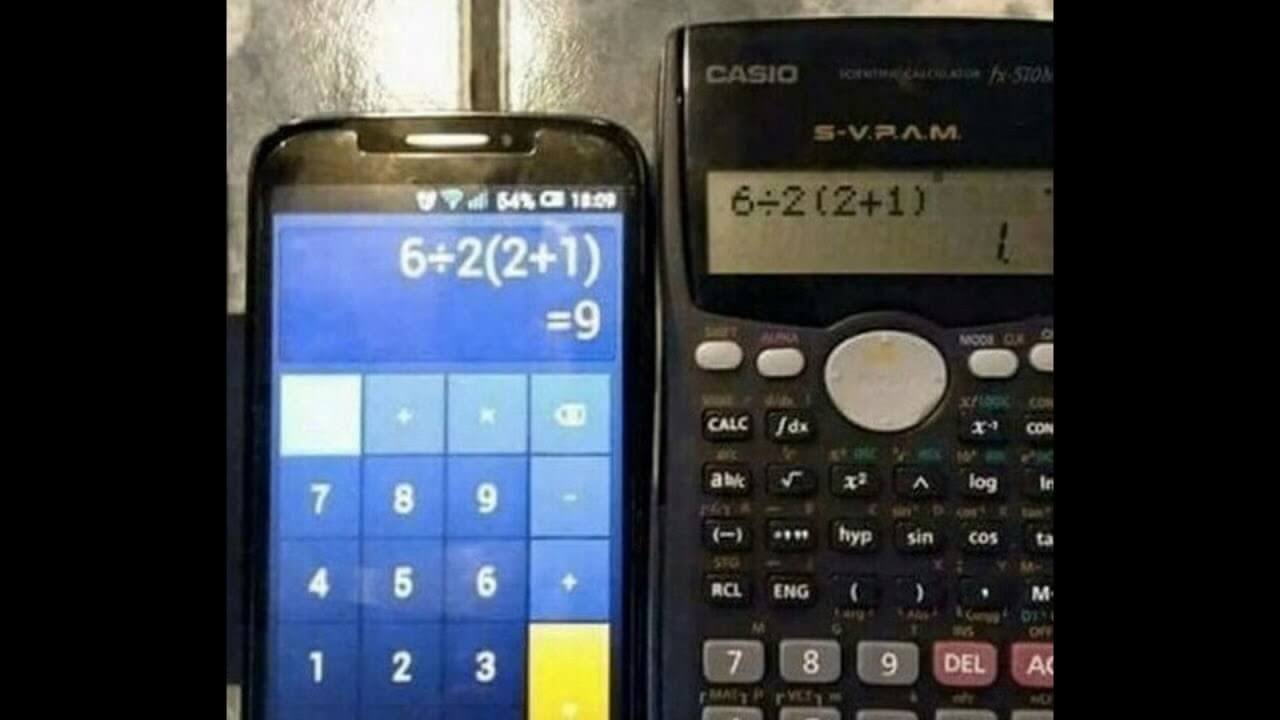 The above picture explains the problem very well, because different pocket calculators show different solutions. This is not because the computers are calculating incorrectly, but simply because the syntax is not completely clean - and this then leads to discussions. The problem is not the wrong point-before-line calculation or the failure to pay attention to the brackets, but rather the ignoring of a fundamental but not so well-known rule: from left to right.

But not only solutions 1 or 9 are in circulation, but even solutions like 3.5 have appeared. It's fascinating how many different approaches there are to such a short and actually simple task.

Score 3.5
First we try to break the brackets, so that we have the problem 6/4 + 2. Then point-before-line and we come to the result 3.5. However, this bracket cannot be resolved in this way, so this is of course FALSE.

Result 9
The bracket is first loosened so that exercise 6/2 (3) is there again. Now solve from left to right, and the result 9 is on the display. That is the only correct solution.

Fortunately, the calculator integrated in Google web search observes all the rules and shows the correct result, otherwise there would probably be even bigger discussions about solution 9. All of the Android calculators I tested also show the correct result, but the good old ) Due to their syntax, school pocket calculators cannot solve anything else at all. 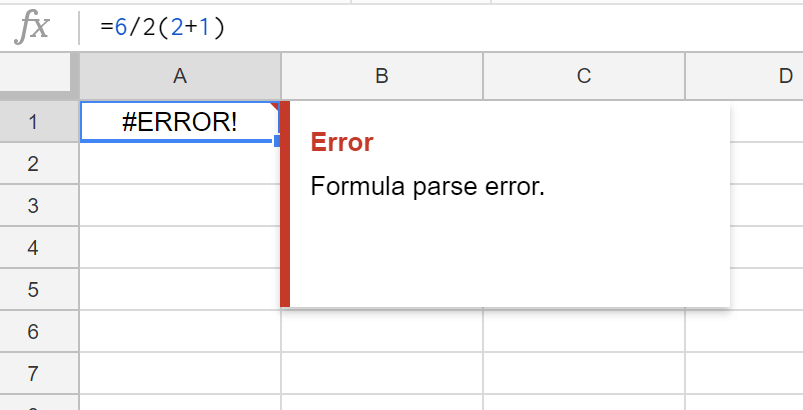 And to close the circle to Google once again: It gets very bitter with the Google Sheets spreadsheet: This simply exits when you enter the task and only displays an error. This is not because the algorithms cannot decide on a task, but because the app has a problem with the missing multiplication sign in front of the brackets. If you enter “6/2 * (2 + 1)” instead, you will also get the correct solution there. Thank God.

So, and now we are welcome to discuss whether there are any more “logical” solutions, at least I haven't found any more. Gladly also other such tasks in the comments 🙂