What do tourists think of Malaysia 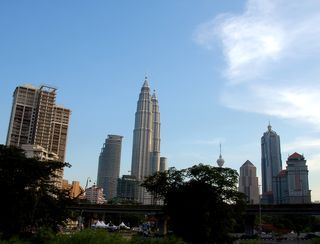 Malaysia recorded a total of 26 million tourists in 2019, ranking 22nd in the world in absolute terms.

Without taking into account the size of the country, such a ranking may not be very informative. If you convert the number of tourists to the inhabitants of Malaysia, the picture is somewhat more comparable: With 0.82 tourists per inhabitant, Malaysia was ranked 76th in the world. In Southeast Asia, it was ranked second after Singapore.

Malaysia generated around 19.83 billion euros in the tourism sector alone in 2019. This corresponds to 6.1 percent of the gross domestic product and around 14 percent of all international tourism income in Southeast Asia.

You can find a worldwide comparison here ›International Tourism


Back to overview: Malaysia

Most popular destinations in Malaysia

3 cities in Malaysia are among the top 100 most popular destinations worldwide. In 2019, Kuala Lumpur reached 10th place with 14.07 million tourists. According to Euromonitor, all foreign tourists with at least one overnight stay were counted.

On average, each of the tourists who arrived in 2019 spent around 760 euros.

Development of the tourism sector in Malaysia from 1995 to 2019

The graph below shows the number of foreign tourists registered in Malaysia each year. A tourist is anyone who spends at least one night in the country but does not live there for more than 12 months. To the extent that the survey also included the purpose of travel, business travel and other non-tourism purposes have already been filtered out. The number of people passing through within the same day and, for example, crew members of ship or aircraft crews, is also not regarded as a tourist purpose in most countries. If the same person travels in and out several times within a year, each visit counts again.

Figures in the chart in millions of tourists. The red line corresponds to the average of all 11 countries in Southeast Asia.

In 1995 the income from tourism was 3.70 billion euros, around 5.7 percent of the gross national product. With around 7.47 million tourists at the time, this corresponded to around 495 euros per person. In the past 24 years, the country's dependence on tourism has increased only slightly. In the last year of the survey, sales now amount to 19.83 billion euros, or 6.1 percent of the gross national product. So every visitor today spends an average of 760 euros on their vacation in Malaysia.


All data for Malaysia in detail

All data correspond to the information of the World Tourism Organization.