Why aren't guns banned in America? 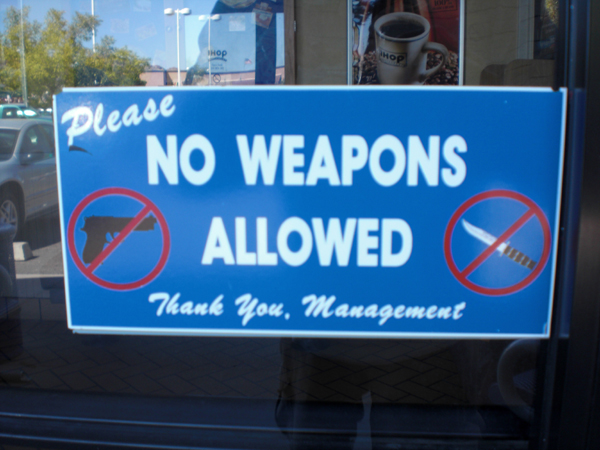 When it comes to the USA and firearms, many Germans think of unlimited freedom and times like in the Wild West. The reality looks different. When it comes to carrying a firearm, two things need to be distinguished. On the one hand, open carrying, whereby an outsider immediately sees that the person opposite is carrying a weapon and, on the other hand, concealed carrying, which is not visible at first glance.

Eleven states allow citizens to openly carry a pistol or revolver without a state license. State approval is required in 13 states. 19 US states have very strict regulations on open carrying and regularly only allow this in exceptional cases. In the other states - including Washington DC - the open carrying of firearms is prohibited.

Citizens of Alaska, Arizona, Arkansas, Oklahoma, Vermont, and Wyoming are permitted to carry a weapon both openly and covertly. Vermont goes one step further. US citizens who are resident in another US state are also allowed to carry a weapon concealed there. The legal situation is currently disputed in a further four US states and a draft law on concealed carrying is being discussed in 20 states. A law recently became final, according to which concealed carrying can be permitted in Washington DC under certain restrictions. It is estimated that more than eleven million US citizens currently have state permits to carry a firearm undercover. Ascending trend.

Anyone wishing to carry a gun covertly in Florida must be at least 21 years old, be a US citizen and be a permanent resident of the United States. Another requirement is safety training with weapons, which is offered by the NRA (National Rifle Association, the umbrella organization for legal gun owners). In addition, the applicant must prove that he has no criminal record and have his or her fingerprints taken by the sheriff in charge. Despite this permission, he is not permitted to carry the weapon in government buildings such as schools, courts or post offices, and it is also forbidden to use it to enter a bar where alcohol is served. Currently 1.3 million Florida citizens are allowed to carry a weapon undercover. They paid $ 70 each to apply.

In addition, very different further regulations apply in the individual countries. In Ohio, for example, the concealed weapon must be kept in a holster.

The penalties for violating existing legal regulations are also very different from state to state. This ranges from a mere admonition to fines to the loss of civil rights and imprisonment. The fall of Shaneen Allen made headlines in the USA in the summer of 2014. After the black, single mother of two was robbed twice, she obtained permission to carry a weapon undercover in Pennsylvania. After moving to Philadelphia, she was allowed to use the pistol there too. When she had it with her while driving in New Jersey - the state with one of the most restrictive gun laws in the United States - she was arrested during a routine check. Initially, she faced a three-year prison sentence. It was only during the trial that the judge mitigated the sentence by taking part in a prevention program for first-time offenders. With this in mind, the state of Arizona advises its citizens to obtain information from a lawyer specializing in gun law if they intend to travel armed to another state in the United States.

The protests by US students that took place in almost all states of the USA at the beginning of April 2015 show that the situation with regard to weapons is different in the USA than, for example, in Germany. With empty pistol and revolver holsters, they demonstrated for the right to carry weapons concealed within school buildings and universities.