Each country prints its own money

Ten Years of the Euro Crisis: Why Not Print Money?

The euro crisis is ten years old. A dispensable anniversary - it could have ended in 2010 with one courageous step. 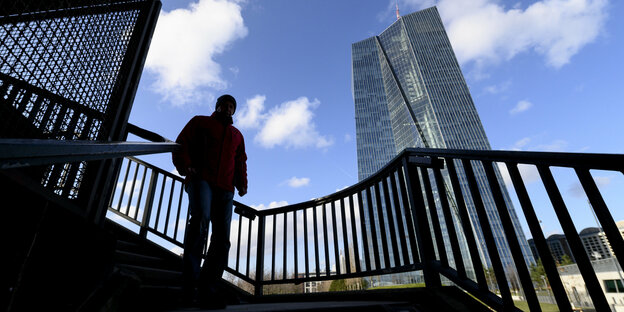 If the ECB had simply printed money ten years ago, one would never have heard of a “euro crisis” Photo: Boris Roessler / dpa

A sad "anniversary": The euro crisis is ten years old. In spring 2010 a rescue package was set up for Greece; Portugal and Ireland followed a little later. These ten years of crisis have changed Europe forever - mainly because of the management mistakes.

One of these mistakes was the basic assumption that the bankrupt countries were solely to blame and should be punished. Not a word was said about the fact that the European Central Bank (ECB) had not previously recognized that dangerous credit bubbles were inflating. The supervision had completely failed. It is true that the Greeks manipulated their statistics vigorously so that the mountains of credit would not attract attention. But the Portuguese and Irish made the right entries, and the ECB did not intervene in time either.

The credit bubble in the bankrupt countries was not recognized for a long time because it generated growth. The construction industry boomed, unemployment fell, and wages rose, which in turn boosted consumption. An economic miracle seemed to be taking place in the peripheral states, and they were emerging as role models across Europe. Ireland was often referred to as the “Celtic Tiger”, and Deutsche Bank wrote about Spain that it would overtake Germany by 2020 and have a higher economic output per capita. An embarrassing mistake.

Since everyone was deeply asleep, it is highly unjust that the bankrupt countries alone were punished: radical austerity programs were imposed on them - in the hope that they would then repay the debts they had accumulated with the banks of the rich euro countries. German and French credit institutions in particular had lent billions to the European periphery.

The monetary union is being blown up from within

But the harsh austerity programs stalled the economy, so that the debt even increased. Chancellor Merkel and French President Sarkozy soon came up with a new idea: They proposed a “haircut” for Greece. Owners of Greek government bonds had to write off around 107 billion euros in 2012, which corresponded to a loss in value of around 65 percent. The popular motto was that there must be punishment. Banks and insurance companies that had been so stupid as to lend too much money to Greece should now pay for it.

Humanly it is to be understood that vengeance on the banks is a popular need. It is annoying when banks and their incompetent management have to be bailed out by the state. Nevertheless, the haircut for Greece was wrong because it destroyed confidence in the euro forever. Since the Greek haircut, it is conceivable that other euro countries or banks will file for bankruptcy. But money is based on trust, otherwise it loses its value. Therefore, there is no longer one euro, but 19 different euros: A Greek euro is no longer worth as much as a German one. The monetary union is being blown up from within while it still exists.

Today there are 19 different euros. The monetary union is being blown up from within while it still exists

This strange phenomenon does not take place in secret, but moves almost every European who thinks about his fortune. Whether Greeks, Spaniards or Italians - they all believe that money is particularly safe in the Federal Republic. So they are transferring at least some of their financial assets to Germany. A German euro is made from a Greek, Italian or Spanish euro. Conversely, German investors and banks withdraw their money from abroad because Germany also appears to be the safest to them. This joint flight of capital reached gigantic proportions: at times around 750 billion euros were parked in Germany.

Unfortunately, this wandering of financial assets has consequences: Companies are now rated according to how risky their home country is. An Italian company has to pay more interest on a loan than a German company, even if both companies are equally successful. The competitive conditions in the euro zone are being distorted - in favor of Germany. However, monetary union cannot survive if it does not offer all countries the same opportunities.

But what would the alternative have been? It is undisputed that Greece had to be excused. How to do it right was demonstrated by Ireland, which was also bankrupt after bailing out its ailing banks. But Ireland simply shifted part of its debt from the state to the Irish central bank - with the consent of the ECB. Most Europeans have never heard of this action because it was so silent.

Fighting debt crises with the central bank stepping in is an extremely elegant solution. But the German government and the Bundesbank almost always blocked this route because they feared that money would be "printed" unrestrainedly. Only with Ireland did they finally agree, because a success story was urgently needed so that it would not be noticed how wrong the brutal austerity policies in Greece and Portugal were.

It is unique in the world that a central bank is not allowed to act if its own currency area gets into difficulties. The US Federal Reserve, the Bank of England and the Japanese central bank always buy up government bonds as soon as a crisis threatens.

Imagine if ten years ago the ECB simply “printed” 200 billion euros in order to reduce the debts of Greece, Portugal and Ireland to a manageable level. You would never have heard of a “euro crisis”. It would have ended immediately.