How do you recognize intelligent babies?

People are different from birth: one baby is dozing most of the time and hardly reacts to its environment, the other is wide awake and very interested in everything new. Can anything be drawn about the future development of the offspring from such early inclinations? Is it even possible to predict whether he will one day be highly intelligent or of a rather simple disposition?

Since you can't give young children an IQ test, you have to monitor their behavior to find out how smart they are. In fact, liveliness and an increased interest in objects and people are considered indications of cognitive talent. But not only the current mental development status of infants is exciting, but of course also possible predictions about the IQ in adolescence and adulthood. They would be important, for example, to give children with developmental disorders the best possible support. But is that even possible? 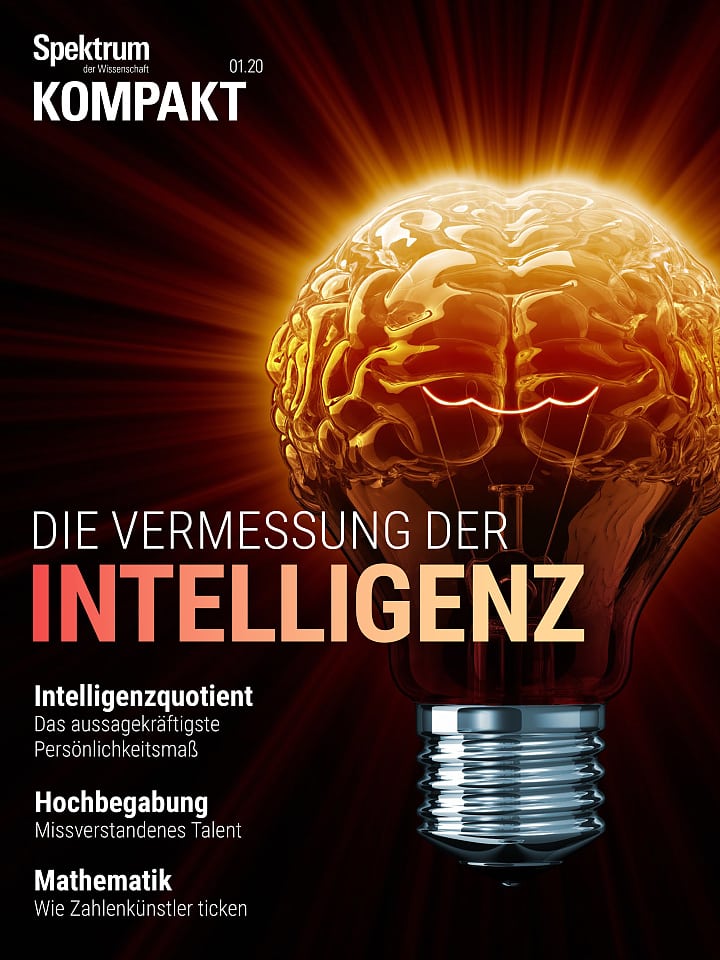 This article is contained in Spectrum Compact, The Measurement of Intelligence

The common infant tests can record the cognitive performance of the little ones, but predict their future intelligence only to a very limited extent. An alternative approach is the so-called visual habituation-dishabituations procedure. It only takes a few minutes and takes advantage of the fact that infants have a penchant for everything new. The baby is first introduced to a stimulus, for example a particular face. To do this, the experimenter shows the child the face several times in a row until he loses interest and takes a closer look. This process is called habituation or getting used to stimuli.

Now the experimenter presents the face again, but with a new face. If the baby looks more interested again and inspects the unknown face, one can assume that it can distinguish the faces. The increased attention is called dishabituation. With their help, it was possible to prove that even very young babies are fairly certain to recognize faces and tell them apart.

There is also evidence of what is going on in the baby's brain during such a test. The habituation describes the successive build-up of a memory trace of the shown object. As the cognitive image becomes more complete, the infant gradually loses interest in the object. If a new object is then presented, the infant compares it with the memory image that has just been created. If he notices a difference, he will want to explore the newly recognized object. If, on the other hand, the child does not notice a difference, it turns away its attention.

Habituation and dishabituation are therefore fundamental processes of information processing and thus essential aspects of intelligence. They include the construction of an object representation in memory, the retrieval of stored information and the comparison between stored and newly perceived information.