Cosmic bombardment: The moon is hit by meteorites much more frequently than previously assumed. Comparative images show that there are more than 200 new impact craters on the Earth's satellite - that is around a third more than models predict. As researchers report in the specialist magazine "Nature", the moon is hit around 180 times a year by an impact that leaves a crater more than ten meters in size.

The crater-strewn surface of the moon shows how often impacts occur in our cosmic neighborhood - and therefore allows conclusions to be drawn about the danger to our planet. Because these impact traces remain on Earth's satellite for a long time, they provide information about the frequency and age of such hits, but also about processes on the moon itself. For us on Earth, the question of how often impacts still occur today is particularly exciting.

To clarify this, Emerson Speyerer from Arizona State University in Tempe and his colleagues evaluated 14,092 image pairs from the Lunar Reconnaissance Orbiter (LRO) space probe. These pairs each show the same section of the lunar surface, but were recorded at intervals of several months to years. Together they cover a good six percent of the lunar surface.

The result: In the images taken by the lunar probe, the researchers discovered 222 new craters more than ten meters in diameter. That is around 33 percent more than the current models predict for this period and the observed area. “In relation to the same area, we found 16 new craters per year instead of just twelve,” report Speyerer and his colleagues.

If these values ​​are extrapolated to the entire surface of the moon, then every year 180 new craters with a diameter of more than ten meters arise on the earth's satellite as a result of the impact of meteorites. 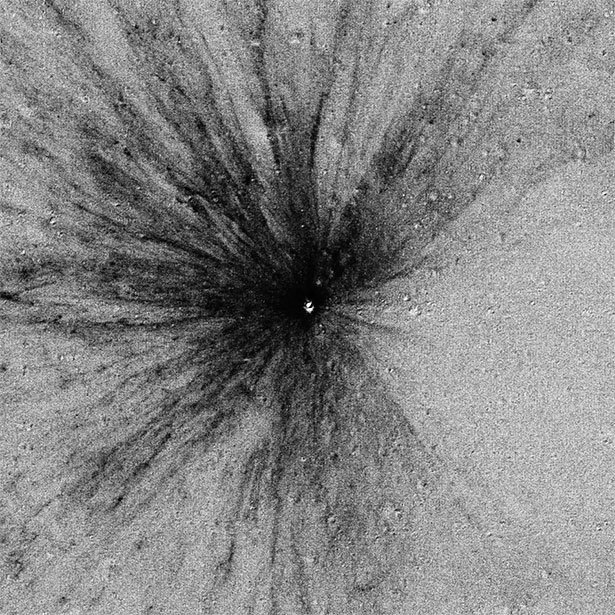 Regolith is literally plowed up

The image comparisons produced another surprising result: In addition to the new craters, the researchers also recorded 47,000 smaller-scale changes in the lunar surface. At these points, the regolith's brightness and reflection had changed - probably because the top inches were churned or kicked up.

The researchers suspect that these changes are due to impacts from micrometeorites or fragments of larger impacts. What is astonishing, however, is their enormously high number: "In order to plow the top two centimeters of regolith on the entire moon through these processes, our calculations are sufficient after 81,000 years," report Speyerer and his colleagues. That is 100 times faster than previously thought.

This discovery could also explain the drill samples taken by the Apollo astronauts: the regolith of their samples was still surprisingly highly homogenized even at a depth of ten centimeters and showed signs of subsequent redeployment. "This shows how important such secondary and small impact processes are for the lunar surface," the researchers state. (Nature, 2016; doi: 10.1038 / nature19829)