How difficult is it to be a single mother

Supporting single-parent families: How are single parents doing in Germany?

Bringing family and work under one roof - a challenge for many couples. But what if you are solely responsible for both? Why the risk of poverty for single parents is so high and what we can do. 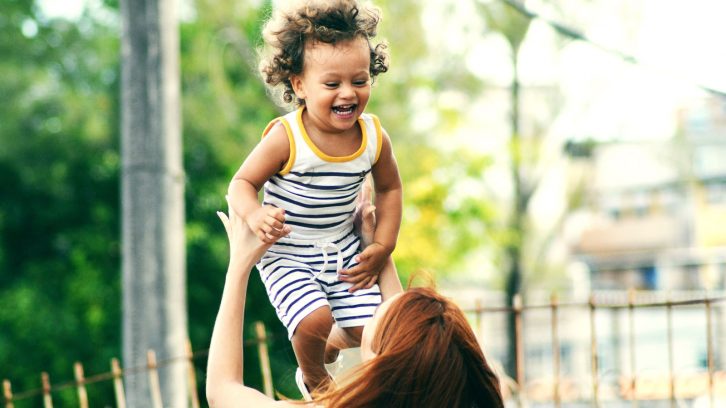 Photo by Thiago Cerqueira on Unsplash

The at-risk-of-poverty rate for single-parent families is currently around 33 percent, compared to the population as a whole, this value is very high. The average in Germany is 16.7 percent. In other words, a third of the one-parent family is at risk of poverty. How can that be?

Less than 60 years ago it was unimaginable to become a single parent. For many women it was hardly possible to find an apartment, to take up work or to raise their children without support from family and friends. It's different today.

Today there are childcare places, significantly more government support and, above all, greater acceptance in society. Nevertheless, the risk of poverty has not decreased. In addition to financial worries, many single parents suffer from the feeling of not being able to do all of their tasks. The children do not get enough attention, the job cannot be carried out to their full satisfaction and there is hardly any time for friends and free time.

Who is considered a single parent anyway?
As defined by the sociologist Rudiger Peuckert are single-parent families who live in a household with at least one minor child and have sole responsibility for bringing up their children. Contact with the second parent is therefore not excluded.

The most common reason for becoming a single parent is still separation or divorce. In many cases, the legal guardians share upbringing, yet every fifth child currently lives in a single-parent family.

Family policy measures: single parents are entitled to this

Of course, single-parent families are entitled to parental allowance, advance maintenance, tax relief and other measures. However, these support measures often do not work, as some would wish.

Of the 1.6 million single-parent families with single children, 90 percent are mothers, which means that only every tenth single parent is male. Having children seems to be an economic risk, especially for women.

There is not enough care for children

One of the reasons for this is that there are too few childcare places. Almost 300,000 places are missing, according to the Institute of German Economy. There is also a lack of funds and staff. The job is simply not attractive enough - poorly paid, barely appreciated and extremely stressful.

Another problem is the opening times of day-care centers. Most day-care centers open in the morning and close in the early evening. The opening times are often adjusted so that parents manage to get to work at eight on the dot. But what about the parents who don't have a 9-to-5 job? Who work in shifts? And that doesn't just include employees who work at night. Mothers and fathers who start their work at 6:30 a.m. or finish their work at 8:00 p.m. also have difficulties reconciling work and family. And there are more and more flexible working hours.

In order to support precisely these people, there are (so far only a few) 24-hour daycare centers that are even supported by the federal government. Problem: they are hardly used.

The reason for this is probably the lack of acceptance in society. It is said, for example, that children would suffer trauma. The care model is controversial. How does the overnight care affect the child? Anyone who allows their child to be looked after at unusual times is subject to public reproaches.

Incidentally, the 24-hour daycare center does not, of course, mean 24-hour care at a time. The name only refers to the opening times. The name may also create the wrong idea.

So what can we do? Mother or father only pick up their child from daycare shortly before 6:00 p.m.? No need to judge. You can spend time with your child in the morning, at noon and in the evening. The stigma that attaches to many working parents should also change or dissolve, especially in times when the world of work is changing so drastically.

The world of work is not family-friendly for single parents

One could argue that we should not adapt to the family-unfriendly working conditions, but fight against them. Simply boycott stressful working hours? A luxury that single parents at risk of poverty can hardly afford or want to do.

So we can hold back with our judgment and also stand up for the support of single parents. We can become politically active by voting, participating in petitions or demonstrations, but also speaking openly about stigmata and making the issue more public. On the website of the VAMV (Association of Single Mothers and Fathers Federal Association), current campaigns and other political actions are clearly presented.

The supplementary child care project, launched by the VAMV NRW, is intended to support single parents in shift work who cannot afford additional care for their children (e.g. paid babysitters). 40 volunteers from Essen help around the clock to relieve working single parents (remuneration: eleven euros from the city coffers). So far this project has only existed in Essen, but an expansion of this project would be desirable.

Take action: how can the risk of poverty for single parents be reduced?

What has to change? Single parents need more care places for their children, financial support in precarious times and overall more acceptance - especially in the world of work. That means more state-supported childcare offers or, if in doubt, volunteers, a rethinking of many people in order to reduce prejudice against working parents and more consideration for employers.

Further information: The family report of the Federal Ministry for Family, Seniors, Women and Youth