Can an economy survive without export

There is emptiness in German inner cities. Gastronomy and hotels have been closed for six months, the same applies to art, entertainment and many other areas. Apart from grocers, drug stores and pharmacies, most stores are closed or have a few customers who have made an appointment and have a negative corona test.

Federal Minister of Economics Peter Altmaier (CDU) does not hope that this will change in the short term. "We only pulled the nationwide emergency brake a few days ago, so today is not the day to talk about openings," he said when the German government presented the economic forecast in Berlin. First the wave of infections has to be broken. "From the summer, when most people will have received a vaccination offer, we will have significant relief."

Some suffer, others do well

It is not good news that the Minister of Economic Affairs has for all those industries that have not been allowed to work for more than six months. But as bitter as it sounds, they only play a subordinate role in the overall economic picture. The German economy is supported by industry and the manufacturing sector. Apart from the first lockdown in spring 2020, work has been and will be continued there.

Altmaier speaks of a "divided economy". While the closed industries only survive thanks to government support payments worth billions, others are doing good business. In the industry there are "high incoming orders, high business and export expectations," said Altmaier. This is mainly thanks to a global economy that is picking up again.

The unexpectedly rapid recovery in the USA and China means that exports should grow by 9.2 percent this year. As a result, the ministry expects higher investments in German companies. Also because a lot was postponed during the crisis. The federal government is also placing hope in the construction industry, which is likely to continue to boom due to the continued low construction interest rates and the high demand for living space. 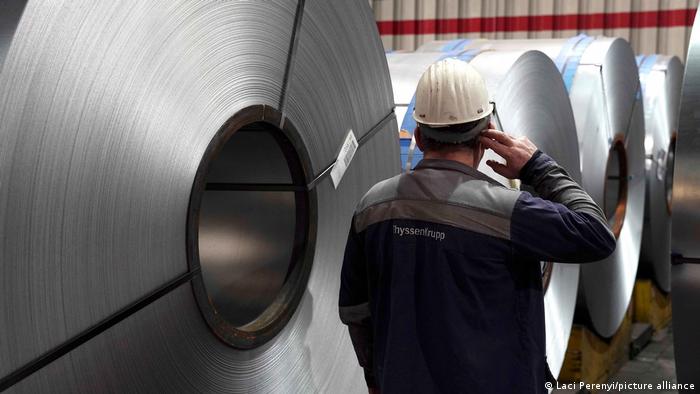 This positive development has an impact on the economic forecast. In January the minister assumed that the German economy would only grow by three percent this year, he now calls it 3.5 percent. In 2022 it should be 3.7 percent. Provided, of course, that the vaccination campaign in particular goes well and does not suffer a setback or even be destroyed by resistant virus mutants.

There is also an unfortunate threat of delivery bottlenecks, as can currently be observed in the semiconductor industry in particular. In Germany, this affects, among other things, the automotive industry, where production lines and short-time work are the result.

But Peter Altmaier does not want to let any additional problems spoil the economic outlook. The already fundamentally optimistic politician is more than positive about the future: "This year is the year in which we finally manage to reverse the trend. We will not only stop the economic slump, we will reverse it. We will have the old economic downturn again by 2022 at the latest Strength achieved, "he promises. If things continue like this, "possibly a little earlier".

Will the state aid be extended?

This optimism does not apply to industries that are in lockdown. Even if they can open again, it will probably take some time to gain a foothold again. Altmaier assumes that the companies need eight to ten months to get back to their full sales strength. The Ministry of Economic Affairs is therefore negotiating with the Ministry of Finance about an extension of the state aid payments. Actually, they should expire at the end of June, Altmaier is campaigning for an expansion by the end of the year.

To date, € 100 billion in economic aid has been made available, including loans. In addition, there are 36 billion euros for short-time working benefits and 15 billion euros that have been paid as direct grants to small businesses and the self-employed since November. Since the payment of the financial aid was initially weeks in coming, the obligation to report bankruptcy was also suspended.

More bankruptcies expected, but no wave

This regulation expires at the end of April, i.e. this week, and will not be extended. The Federal Minister of Economics does not assume that this will trigger a wave of insolvencies. In normal years, around 20,000 companies report their insolvency. Leading economic research institutes assume that the corona pandemic could result in up to 7,000 additional bankruptcies this year. 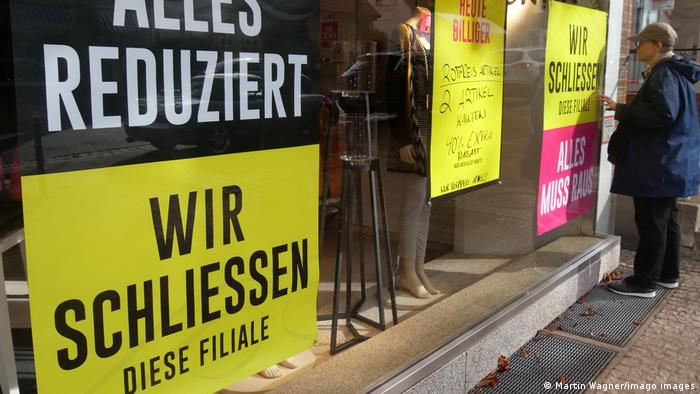 After six months in lockdown, more and more stores have to close

What goes down in total is the impact on individual industries. You can already see more and more shops in the city centers that are closing forever. The head of a large German fitness chain assumes that a third of the studios will not survive. Hundreds of thousands of restaurants, hotels, bars, clubs and cinemas will not survive the pandemic any more than other service providers that cannot do without close customer contacts.

The craftsmen also see little reason for optimism. Crafts President Hans-Peter Wollseifer criticizes the narrow view of the positive development in the industry, which cannot hide the "continuing difficult economic situation in Germany and also for many of our craft businesses".

The German domestic economy is "still deeply affected" by the consequences of the corona pandemic. Many companies are "on the verge of their viability through no fault of their own" and are "urgently in need of further financial support".