What are the examples of monopoly

A legal monopoly is a state legitimized monopoly. However, it is not always based on political pensions or the principle of the “purveyor to the court”. In many cases, reliable legal monopolies are a prerequisite for entrepreneurial activity. 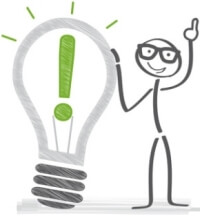 A legal monopoly is also known as a state-legitimized monopoly. It occurs when the state authorizes certain companies to provide services or to produce goods. Typically this is done by issuing licenses.

Legal monopolies are not uncommon. Not so long ago, postal and telecommunications services in Germany were e.g. B. completely monopolized by the state. After the Second World War, daily newspapers in Germany required licenses from the three Western occupying powers in order to be able to sell printed matter.

There are examples of legal monopolies whose economic costs have been shown to outweigh the benefits. In monarchies, but also in societies dominated by corruption, legal monopolies are e.g. B. awarded by public officials to "confidants". Legal protection allows them to act as monopolists.

Higher prices and / or lower production (which can also consist of lower quality) are then typical. The economic rent that arises from the legal monopoly in favor of the monopoly is often divided between the latter and the "licensor".

The pharmaceutical industry provides a very clear example of legal monopolies. When a pharmaceutical company develops a drug, it first invests a lot of money in research, development, tests and approval processes. The return of funds does not begin until the approval has been granted.

The investment costs of developing companies are protected by patent law and other regulations. The patent law provides for a term of 20 years. EU regulations also apply. These grant manufacturers "market exclusivity" for a period of up to 15 years from the initial approval as a drug. This is not a contradiction in terms of the term of the patent: in Europe, there are generally longer periods between the application of the patent and the actual approval.

Directive 2001/83 / EC provides e.g. For example, it stipulates that generics - i.e. drugs from other manufacturers with the same active ingredients - may only be put into circulation ten years after the original drug was first approved. Generics are often significantly cheaper. Wouldn't renouncing the legal monopoly of the developer therefore be a net welfare gain for all involved? At first glance, this could almost be assumed. If the costs for research and development are not taken into account, the unit costs of drugs often appear low compared to the selling price and the margins / producer profits are correspondingly high.

In fact, the abandonment of a credible and enforceable legal monopoly would largely mean the end of pharmaceutical research. Why should a pharmaceutical company invest a lot of money in the development of a new drug when generics hit the market shortly after approval. The manufacturers of these generics would not have to amortize research and development costs and could offer the products at lower prices than the manufacturer of the original preparation.

Legislation divides the benefit of the developer and the benefit of society as a whole with the legal monopoly. Companies that develop new products that are useful for patients should be able to generate profits over a longer period of time. At the same time, the producer surplus is to be reduced at a later stage through the approval of generics.

In addition to patent law, there are other laws that create legal monopolies. May be mentioned e.g. B. the laws for utility model protection and copyright. The economic benefit of the legal monopoly consists in the increased incentive in the areas of research, development and creativity. According to the general opinion, these benefits outweigh the economic costs of the legal monopoly. These consist in the (temporarily) higher prices / producer rents.

category Also in this category

The article "Legal Monopoly" is in the category: The Market
<?