Paper: the story of one of the greatest inventions

The invention of paper is considered to be one of the greatest inventions in human history. It was only with the help of paper that the increase in knowledge became possible; this was the only way to succeed in further groundbreaking inventions. Today, around 2,000 years after the first sheets of paper were made, this universal material is still an indispensable part of our everyday lives. Paper is still ubiquitous and makes our lives possible in many areas. We use this material every day, whether for a quick note, when printing out documents in everyday work or when shopping in the supermarket in the form of receipts from a cash register system with receipt rolls. But how was paper made back then? Join us on a journey through 2,000 years of paper history. 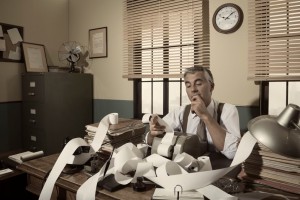 Most people think of the goldsmith Johannes Gutenberg when thinking about the history of paper. Gutenberg, born around 1400 in Mainz, son of the merchant Friedrich Gensfleisch and his wife Else Wirich, is considered to be the inventor of modern letterpress printing with movable metal type and the printing press. His system with movable letters revolutionized book production from 1450 and thus triggered a media revolution. The Gutenberg Bible quickly spread across Europe. But Gutenberg's invention was not the first to herald the triumph of paper.
Around 40,000 years ago, the Cro-Magnon humans began to paint pictures on cave walls. As history progressed, texts were carved in cuneiform on stone tablets before the ancient Egyptians used papyrus. This writing material, which is made from the papyrus plant, can be used for the beginning of the 3rd millennium BC. Prove. A brush made of rushes was used to write. The black ink consisted of soot and a solution of gum arabic, the red color was based on ocher. The word paper is derived from the Greek word pápyros.

Paper has been around in China for 2,000 years

The Chinese Cai Lun is considered to be the real inventor of paper. He documented paper production in the eastern Han Empire around 105 AD. The official of the authority for the manufacture of instruments and weapons at the Chinese imperial court under Emperor He describes the opening up of plant fibers and rags as well as the method of "felting" by scooping with a mold. The Chinese invention consisted primarily of the new preparation: The cleaned fibers and fiber residues were mashed, boiled and soaked. Then individual layers were skimmed off with a sieve, dried, pressed and smoothed. When scooping, a "beautiful side" was created on the paper, which was above the sieve, and a "sieve side" at the bottom. The resulting pulp made of plant fibers was deposited as a fleece and formed a relatively homogeneous sheet of paper. 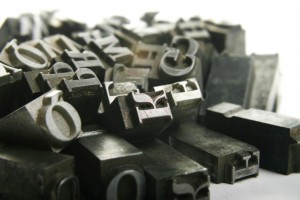 The new writing material did not reach Europe until much later. The journey of knowledge from China to Europe takes more than 1,000 years. In Xàtiva, Spain, near Valencia, there was a flourishing paper industry in the middle of the 12th century, which also exported high-quality products to neighboring countries. Even after the expulsion of the Arabs from Spain, the area around Valencia remained important for the paper industry, as a lot of flax (linen) was grown here, an excellent raw material for paper production. The mechanical mass production of paper then began in the Middle Ages, when European papermakers succeeded in optimizing the work process by introducing numerous innovations. The operation of water-powered paper mills mechanized the comminution process, which was previously only practiced by hand or with animals in a pan mill. In Germany, the first paper mill went into operation in Nuremberg in 1390.

Lack of rags led to a bottleneck in paper production

Tearing the rags with a scythe blade replaced the cumbersome practice of tearing by hand or cutting with a knife or scissors. Paper presses, designed based on ancient wine presses, dried the paper using screw pressure. The construction of the ladle strainer was also new, with a metal mesh replacing the older bamboo or reed strainers. The rigid ladle made of metal wire was the technical prerequisite for attaching the watermark used for identification. Shortly thereafter, improving the quality of paper at affordable prices contributed significantly to the success of the book printing system invented by Johannes Gutenberg. 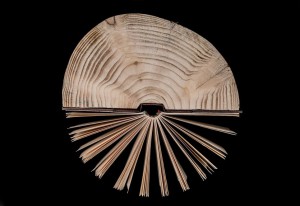 The cellulose fibers required for paper production were obtained from worn linen textiles (rags, rags) until the second half of the 19th century. Rag collectors and dealers supplied the paper mills with this raw material. At times rags were so coveted and rare that they were subject to an export ban, which was also enforced by force of arms. In the paper mills, the rags were cut into shreds, sometimes washed, subjected to a digestion process and finally shredded in a tamping mill. The ramming plant was powered by water power. In the first half of the 19th century, the rag was bleached with chlorine instead of rotting and cleaning. The loss of fibers was less, and colored fabrics could also be processed into white paper.

When paper was still made by hand

From the thin paper pulp in the vat, the papermaker scooped the sheet by hand with the help of a very fine-meshed, flat, rectangular copper ladle. The size of the screen determined the size of the sheet of paper. After scooping, the gautscher pressed the fresh sheet from the sieve onto a felt, while the scoop scooped the next sheet. After couching, the sheets were hung up to dry. The paper was then pressed again, smoothed, sorted and packed.

With the invention of the Dutchman around 1670, the modern technical breakthrough began to emerge. It is a machine that no longer breaks up the fiber pulp by pure beating, but by a combined cutting and beating action and, due to the high speed of rotation, offered a faster fiber passage than the ramming unit. This increased the productivity of the fiber preparation. The Dutchman was used extensively in German paper mills from around 1710. Due to the higher possible entry in the Dutchman (approx. 15 kg of fabric as opposed to 2–5 kg in the ramming plant) and the lower manpower required, the device spread quickly. 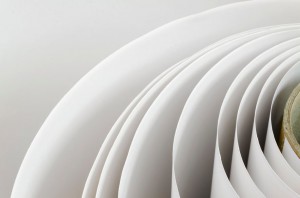 The lack of rags has led many scientists to look for alternatives. In 1843, Friedrich Gottlob Keller invented the process of making paper from groundwood, using a grindstone to process wood in the cross-grain direction with water to make groundwood, which was suitable for the production of high-quality paper. He further refined the process. From this, Johann Matthäus Voith developed the refiner in 1859, a machine that refines the chunky coarse material of the wood pulp and thereby brings about a significant improvement in the quality of the paper.

The history of paper at a glance: