Cancer is a variety of diseases in which healthy tissue is replaced by a uncontrolled reproduction of degenerate cells gets destroyed. After cardiovascular diseases, cancers represent the most common cause of death represent.

Cancer is a disease of the body's cells. This leads to an increase in the number of cancer cells. If the body cells are healthy, their growth, development and division as well as their death proceed without any problems. At Cancer cells however, this regulation is missing. So it divides again and again, so that in the end it becomes a Form lump. Doctors also refer to malignant cancer cells as malignant cells. These cells penetrate deeper and deeper into adjacent tissue, where they multiply and destroy the healthy tissue more and more.

Doctors often speak of one Cancerous tumor. A tumor is a hardening or swelling. However, there are also benign tumors. Benign tumors include lipomas (fatty growths), birthmarks, hemangiomas (vascular growths) and myomas (muscle cell growths). The difference to the malignant tumors in benign tumors is that no cells from them get into the healthy tissue. On the other hand, malignant tumors can lead to the development of so-called metastases (daughter tumors).

The risk of cancer is highest in the elderly. While the mean age of onset for men is 68 years, it is 69 years for women. It happens in Germany alone per year at approx. 450,000 to 500,000 People too New cancer cases. The deadliest types of cancer include lung cancer, breast cancer and colon cancer.

What types of cancer are there?

Medical professionals differentiate between two different types of cancers. It refers to

To the group of solid tumors These include carcinomas that arise from degenerate skin cells (epithelial cells), gland cells or mucous membrane cells, as well as sarcomas that are partly formed from muscle cells, bone cells, fat cells or degenerated connective tissue cells.

The making of malignant hemoblastosis takes place from the blood cell components or the blood-forming organs. Leukemia is a form of hemoblastosis.

What are the most common cancers?

Overall there is more than 300 different types of cancer. Their frequency varies according to gender. So suffer Women especially under:

The most common cancers in Men are:

Despite the intensive research efforts, it has still not been possible to fathom the exact causes of cancer. It is believed that numerous risk factors affect the development of cancer. In some cases they hide behind a cancerous disease genetic triggers. But also the Way of life of the data subjects is important. The most important risk factors include:

A typical characteristic of cancers is that they are in the early stages usually no or only minor symptoms trigger. However, various warning signs can be an indication of a tumor disease, although cancer does not always have to be hidden behind them. However, if the symptoms persist over a longer period of time, a doctor should be consulted. As possible cancer symptoms be valid:

Early diagnosis of cancer is extremely important because it significantly improves the prospects for treatment. The earlier the tumor is discovered, the greater the chances of recovery. The first step in diagnostics is the detailed questioning of the patient The doctor can describe the symptoms, the living conditions and the history of the disease. Following the anamnesis, a physical examination instead of.

The doctor can use various examination methods to localize the exact tumor position. Blood tests, for example, provide important information. This is a conceivable option Determination of tumor markers in the blood Tumor markers are the body's own substances that multiply in some cancers. These substances are either formed by the tumor cells themselves or are stimulated to form.

Also of importance are X-ray examinations. For example, x-rays can be used to detect tumors or metastases purely by chance and without suspicion. Other important investigation procedures are

The operational one is particularly important Taking tissue samples (biopsy)which are then analyzed in a laboratory.

Since every tumor disease progresses differently from person to person, an individual adjustment of the treatment is necessary. The optimal cancer treatment depends on the type of tumor and its spread. Cancer therapy features three basic pillars. It refers to:

As part of a surgical intervention it is sometimes possible to remove the tumor. If necessary, a chemotherapy respectively. In this context, special cytostatics (cell poisons) are used. They have the property of stopping cancer cells from multiplying or causing them to die. However, they also attack healthy cells in the body. In contrast to cancer cells, however, these recover again.

At a radiotherapy the cancer cells are fought specifically with electron beams or X-rays. This procedure causes targeted damage to the tumor cells, which in turn causes the tumor to lose its size or stop growing.

Other treatment options are

Tumor therapy costs cancer patients a lot of strength, so that they often find it difficult to return to their normal lives afterwards. Rehabilitation measures help him with this transition. In addition, oncological rehabilitation ensures the success of the therapy and counteracts possible late effects or limitations of the disease. Medical treatments take place during the rehabilitation phase Mitigate or even eliminate the physical effects of cancers.

To the Rehab measures count among others

Cancer is by no means automatically a death sentence. If the serious illness is detected early, a cure can often be made possible. For this reason, it is advisable to have cancer screening examinations regularly. 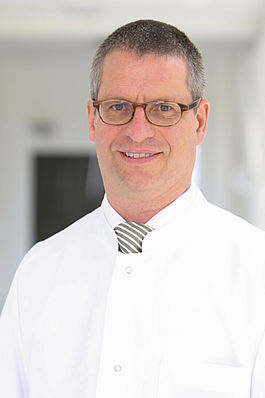