This is how the earth's magnetic field “sings”

Eerie sounds: For the first time, researchers have made it possible to hear how the earth's magnetic field “sings”. Because when the solar wind hits our protective magnetic cover, it causes turbulent waves - and these can be converted into sounds. This “extraterrestrial” music reveals that the magnetic field sings deeply at rest and with a dominant frequency, but produces more complex, higher tone sequences during a solar storm.

The earthly magnetic field is our most important protection against hard cosmic radiation, the solar wind and the recurring solar storms. The dense "cage" of magnetic field lines holds a large part of these high-energy particles. However, this does not leave the magnet shell without a trace: When a violent solar storm hits, it vibrates like a drum, as NASA satellites have shown.

At the outer border of the earthly magnetic cover

Researchers have now discovered for the first time what this oscillation sounds like when it is translated into audible frequencies - and what these “magnetic melodies” reveal. Lucile Turc from the University of Helsinki and his colleagues used data from the four satellites of the European cluster mission for their study. Between 2001 and 2005 these satellites flew several times through the so-called "Foreshock" region and carried out magnetic measurements.

“The foreshock is the first geophysical region that the solar storm encounters on its way towards Earth,” explain the researchers. This zone of turbulent flows lies in front of the actual outer barrier of the magnetic field and slows down the approaching high-energy plasma clouds and particles. This creates electromagnetic waves that radiate far into space and also towards the earth.

The nature of these waves and how they change from the resting phase to the solar storm is now revealed by the measurement data from the cluster probes.

What is special, however, is that in order to make these changes more tangible, the researchers also “translated” these magnetic waves into audible sounds: They transposed the wave patterns into audio frequencies - thus making the “singing” of the earth's magnetic field audible for the first time. The result is eerie music that sounds like something out of a science fiction film.

This "extraterrestrial" song resembles a deep melody dominated by one frequency in the quiet phases. But when a solar storm hits the foreshock, this changes abruptly: The frequency of the "singing" doubles depending on the strength of the storm and the structure of the melody becomes significantly more complex, as the transposed recordings reveal.

"The solar storms are fundamentally changing the foreshock region," says Turc. “It is as if the storm completely changed your mind.” More detailed analyzes of the wave data also showed why: In a solar storm, the normally almost monochromatic magnetosonic waves are superimposed by a complex pattern of waves of very different periods, as the researchers report. 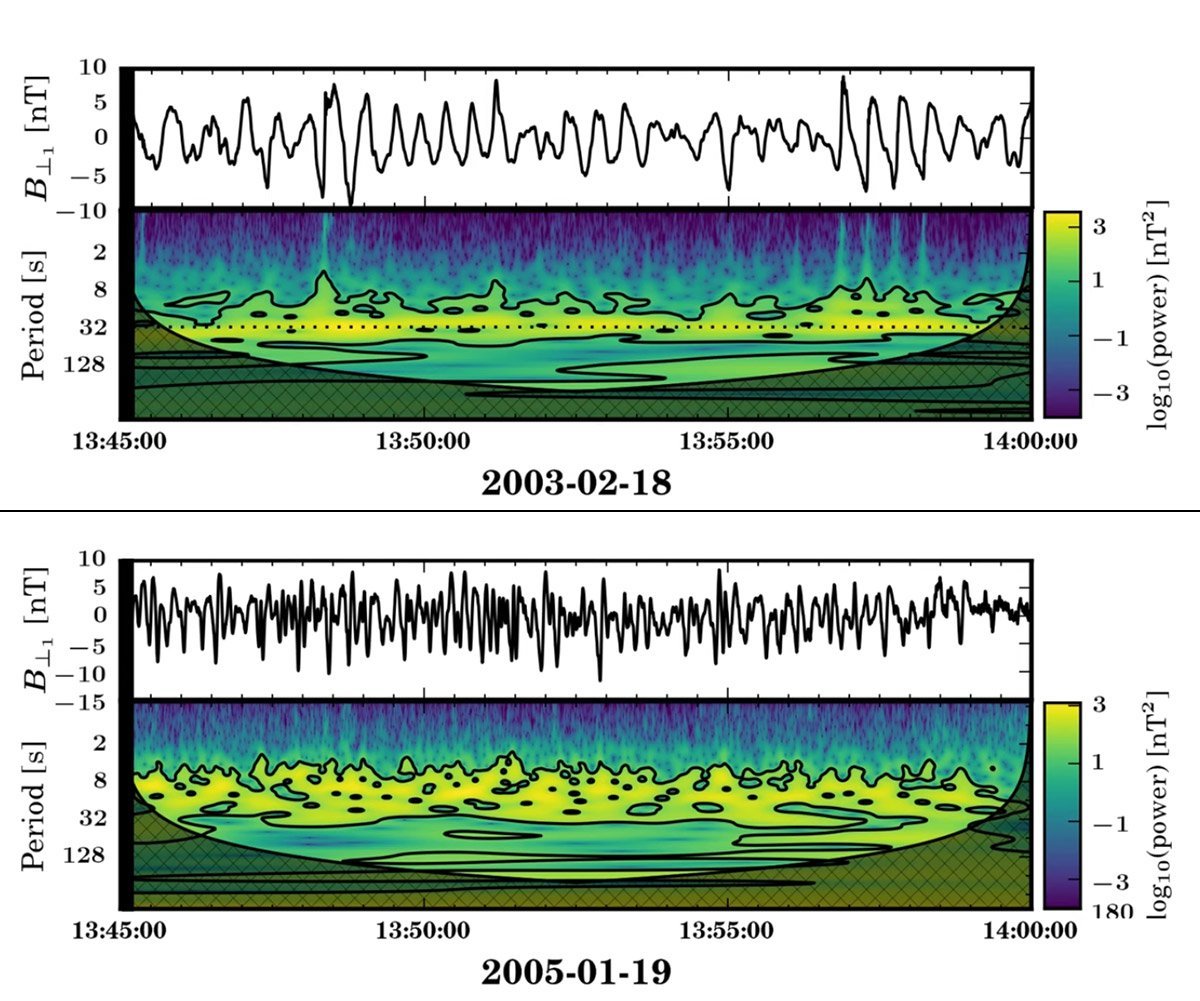 This creates a turbulent wave field that spreads from the foreshock zone towards the sun. However, because the solar storm prevents it from spreading further, the energy of this turbulence then propagates towards the earth. On their way they collide with the external barrier of the magnetic field and trigger vibrations there too. Resonance effects then ensure that the effects of the solar storm continue into the upper atmosphere and can then trigger auroras, among other things.

The new data thus provide valuable new insights into the “song” of the magnetic field and the complex patterns that a solar storm causes in its outside area. “The results allow us to look deeper into the details of the fundamental magnetic interactions that can be found throughout the universe,” says Philippe Escoubet, ESA project manager for the cluster mission.

Magnetic fields not only protect our earth, they also surround the sun and many other stars - and could also be present in many exoplanets. In this way, you could help protect Earth-like planets around red dwarfs such as Proxima Centauri b from the stellar eruptions. (Geophysical Research Letters, 2019; doi: 10.1029 / 2019GL084437)