Is the end of influencers already in sight?

They are the new stars and shouldn't be missing at any important event these days. Every year companies spend several million euros on Influencer Marketing out. But will the hype soon be over?

What are influencersWhat is an influencer and what does it do? An influencer is a person. This is suitable due to its strong digital presence and its high reputation ... Read more?

Influencers are people who are supposed to be Opinion makers appear in social networks. Due to their high media presence, they influence users through their texts, images or videos and thus advertise special ones on the side Brands and their products.

But how do you even become one „Influencer“?

“Everyone's Social Media Definition: What is Social Media? Social media are websites and apps on the Internet. Users can use these platforms to create content, share it with other people around the world and ... Read more User can [...] become an influencer if he succeeds in building a wide-reaching community with an interesting topic and inspiring it over the long term. "

Differentiation according to ranges

With regard to the Range a distinction is now made between different ones Size classes: Nano, micro, macro and mega influencers.

Influencer in the marketing mix

Companies have long recognized the hype surrounding social media stars and are using it for their own purposes Marketing and communication purposes. The aim is to be bloggers, instagrammers, or youtubers Brand ambassador to win and its range for optimal Brand and product placement to use.

Because of your Notoriety trust in social media Followers and Community on their opinion and recommendations and thus have an influence on the evaluation and assessment of companies, brands and products.

Influencers have become an indispensable part of the marketing mix. Or is it?

Just recently is an extremely embarrassing one scandal appeared on the net. The US shop Payless, which sells cheap shoes, has offended some influencers in Los Angeles. A fake luxury shop was built and numerous influencers were invited to the opening. They were very enthusiastic about the (cheap) shoes and actually paid up to 1,800 percent of the actual price. After the whole story was resolved, the would-be stars didn't look bad.

There are countless embarrassing ones Product placements. For example, when you take your favorite detergent with you on a city trip or put your new toothbrush in the limelight on a summer vacation. Anyone who would like to see more comical failures can take a look at the Facebook page "Pearls of Influencer Marketing" - including shame of others.

The legal ones should also not be ignored Consequences For companies. Because in Germany applies Labeling requirement of advertising. I.e. surreptitious advertising is forbidden in Germany and editorial content must be clearly separated from each other with advertising. Otherwise there is a risk of injunctive relief for influencers and for the company responsible. The best way for companies to protect themselves is to conclude contracts in advance in which the identification of advertising is regulated.

What is good influencer marketing?

For good influencer marketing, companies should have a clear idea in advance strategy work out and not act blindly. Because with the embarrassing and dubious product placements described above, the desired success for a brand is not achieved.

It is important that influencers identify with the advertising company or brand and thus a certain one authenticity convey. A long-term relationship between them and the company also gives the impression of credibility.

Trending are currently Nano influencers: with their comparatively few followers, they have a high Advertising relevance. Because the larger the number of followers, the more the engagement and interaction with the community decreases. Furthermore, access to the stars and starlets in the industry is becoming more and more expensive and complicated.

Nano influencers, on the other hand, rely on it quality and relevant content as well as constant contact with their community.

Are influencers dying out?

The multitude of unbelievable posts on blogs or Instagram meet incomprehension among the target group. So it's no wonder that a recent Mindline Media survey for HORIZONT found that the majority of Germans have nothing to do with influencers and only with them advertising put in touch.

It is probably only a matter of time before the mass of influencers "dies out".

Marketing managers should therefore think about whether the millions of euros they invest in influencers each year will pay off in the end. Much more important is on credibility and relevance to put. 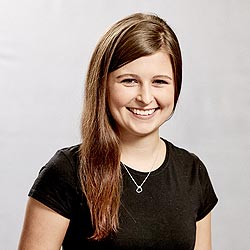 Jack of all trades Franzi distributes her activities between sales, marketing and projects, attends events for us and thus illuminates different areas in her contributions. She always has a smile on her face and simply conjures away even the worst of stress.