"Every year the lives of more than 30,000 Americans are shortened by weapons," said US President Barack Obama in his address in the White House in Washington (article picture). The United States is the only developed country to face "this type of mass violence" at such a frequency. Obama stressed that the gun lobby could take the Congress (dominated by the opposition Republicans) hostage, but not all of America.

Obama's government had previously published a package of measures with the primary aim of expanding the official screening of buyers and sellers of weapons and closing existing loopholes as far as possible. In doing so, the president relies on his executive powers and bypasses Congress, which he had unsuccessfully urged into stricter laws in recent years. 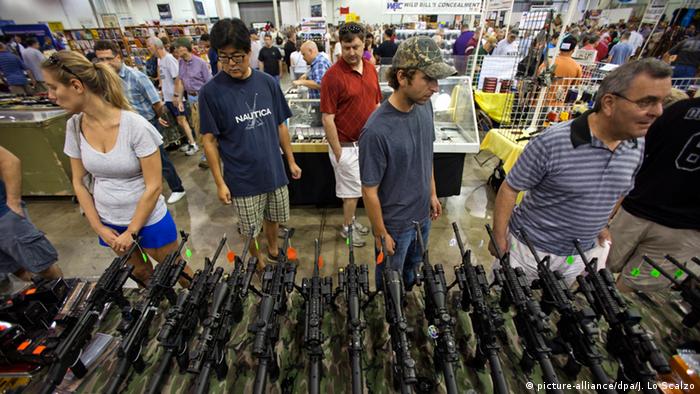 The President stressed that he was not fundamentally calling into question the constitutional right to own guns. However, it is a matter of finding "sensible" solutions to armed violence. Obama wiped tears from his face several times when he remembered the fate of those killed with guns. He also mentioned the massacre of a Newtown elementary school three years ago. In December 2012, a heavily armed man shot and killed 20 children and six adults at Sandy Hook School in Connecticut, USA.

The focus of Obama's plan is on tightening controls on potential customers of pistols and rifles. Currently, customer data is only recorded when purchasing a weapon in an arms store, not when making a transaction at a trade fair or via the Internet. The executive order of the president would force all vendors "who sell firearms for business" to review. They would have to acquire a license, otherwise they would face a fine or up to five years in prison.

To check the data, the Federal Police FBI is to be more involved and to hire new employees. The gun control authority ATF is also to receive funding for 200 new investigators in order to better enforce the laws.

Obama also plans to spend an additional $ 500 million on mental illness treatment. Mentally ill people should also be recorded more clearly. In addition, scientific research for safer weapons technology is to be promoted more strongly, for example in the development of fingerprint scanners for pistols and rifles.

It is estimated that there are more than 300 million firearms in private households in the United States. Listed US arms manufacturers benefited from Obama's concept on Tuesday. The price of Smith & Wesson rose by nine percent. Investors are betting that many interested parties will stock up on pistols or rifles before the new rules are introduced.