Will there be a recession in the US?

Trump's economic boom: how much longer?

This week's good news came early Thursday morning (local time) from the US Department of Commerce: In the first quarter of 2019, gross domestic product (GDP) in the US rose - at an annualized rate of 3.1 percent. In the previous year there had been growth of 2.2 percent.

According to the ministerial officials, the economy at the beginning of the year would primarily be carried by rising exports and higher government spending. However, by 0.9 percent, private consumption has not increased as strongly as before. Previously, the plus was 2.5 percent. Private consumption traditionally accounts for more than two thirds of GDP in the US.

But not all that glitters is gold ...

Many experts, including those from the US Federal Reserve, now assume that growth in the US economy will soon cool down. The Federal Reserve Bank branch in Atlanta, Georgia, has calculated that US GDP will only grow by 1.9 percent in the second quarter - annualized.

There are increasing voices in the central bank warning that the trade dispute with China could damage the US economy. Jerome Powell, President of the US Federal Reserve, has already made it clear that the Fed is ready to lower key interest rates again, should this appear necessary for economic reasons. The key interest rate is currently between 2.25 and 2.5 percent. According to the Reuters news agency, an interest rate cut is expected in the markets as early as next month.

A look at history

With this in mind, it is worth taking a look at a study by the Think Tank DB Research, a subsidiary of Deutsche Bank, this month. In it, the authors analyze the history of phases of growth and contraction in the American economy.

At the beginning of next month, according to the authors, the US economy will set a record: never in history has there been such a long uninterrupted phase of economic growth. The study looks back on a period of around 170 years during which the economic framework data are collected and recorded. 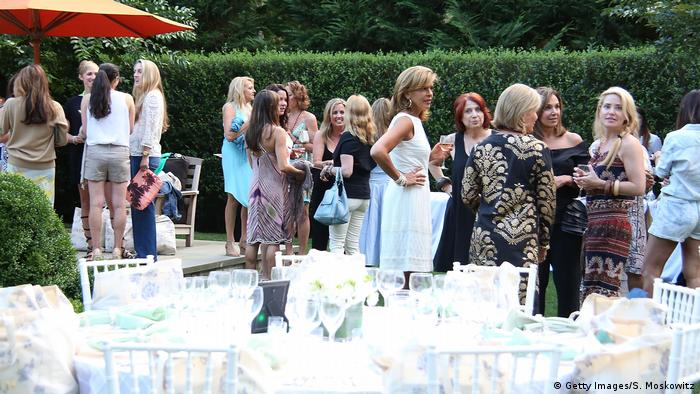 Whoever has, is given ... Above all, the rich benefit from the longest period of growth in the US economy

The survey shows a development dynamic that is similarly known from climate research. Not only are the economic growth phases longer (or analogously: the temperatures higher), the economic expansion periods also follow one another faster and faster (in terms of climate data this would mean: extreme weather and storm events follow one another ever faster). The study authors state: "The last four growing cycles are among the longest ever recorded."

The other two record periods are due to the armaments efforts in World War II and the unsuccessful economic policy of the 1960s, when the government failed to combat inflation in time and therefore artificially kept the boom alive.

The Deutsche Bank researchers identify the abolition of the gold standard as the weather divide between growth and recession periods. The Bretton Woods system, to which the economy was subject between 1946 and 1971, had set tight limits on economic and financial policy. The dollar was pegged to gold at a fixed rate. Put simply: there was only as much money as there was gold reserves for it.

With the abolition of the gold bond, as much money could (and was soon to be) printed and circulated as was deemed necessary for economic policy reasons. This weakened and delayed recession trends. The authors summarize this turning point as follows: "As ties to gold became weaker and weaker and devaluations became more frequent, business cycles became longer and longer."

The "cleansing" effect of a recession failed. The pure doctrine of capitalism also has a quasi Darwinian aspect: Weak companies in particular would fall victim to an economic weakness phase with a shrinking economy, but healthy and strong companies would survive and emerge even more strongly from the crisis.

The value of globalization

Until the 1970s, according to the study, trade across borders did not play such a crucial role as it does today. On the contrary: "Before the seventies, the share of global trade (in GDP) was not much larger than in the period a hundred years earlier." But that has changed fundamentally, according to the authors, who explain how large the share of global trade in the gross domestic product of the United States has become since the 1980s.

China's gradual "reintegration" into global trade, after the country had been isolated for centuries, also helped give world trade a huge boost. Global trade gained momentum especially towards the end of the twentieth century and ensured higher growth rates and significantly lower inflation. 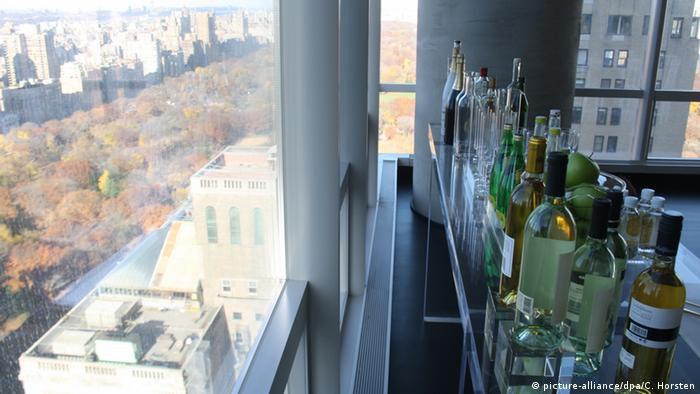 The ongoing boom in the economy is primarily creating assets, but not substantial growth.

Is there an end in horror?

If you look at the important role that world trade also has for the American economy, another message that came on the ticker in the past few days makes you sit up and take notice. According to this, the trade conflict with China, which the USA has broken off the fence, is becoming more and more a burden for global trade. The "Global Trade Barometer" (GTB) from DHL, the Deutsche Post subsidiary, evaluated international logistics data for this purpose, and with a minus of eight points indicates a decline in world trade for the next three months. Both the index values ​​for sea - as well as for air freight deteriorated accordingly. The USA would record the largest decline in any single country, while the outlook for the world's largest economy would drop by eleven points. China posted a minus of seven points.

The reason are negative expectations for the most important export categories. Declining imports and only weak export growth are the background. The index value for Germany fell only minimally in the study.

The US corporation FedEx also announced this week that the conflict was affecting its outlook for 2020. Like its domestic rival UPS, the company is considered a barometer of the US economy, as it transports goods from a wide variety of industries.

Finally, another result of the DB Research study should be pointed out: The authors found it "interesting" that the longest growth phase in US economic history to date is primarily reflected in the growth of assets. As far as pure economic growth is concerned, this record cycle is "one of the weakest".