What would you name your child

The Tinder for baby names

How to find the right first name for your child

Every child needs a name. But which one is the right one? Hardly any other topic is as emotional as the search for a name for your own offspring. A couple from Dachau made the need to find a name inventive. What they invented: Read for yourself! And the first name influencer Knud Bielefeld also explains which names are currently in trend.

The situation was tricky: Jelka Hauschild was pregnant, her belly became more rounded, but how should she and her husband name the child that was growing in her? It would be a boy, mother and father Stephan Batteiger knew that much. “We first called him Charly,” says Hauschild. "We thought we would find the right name by the time we were born."

Looking for a name? No problem with the "Tinder" for baby names

Giving a child the right name is often a big problem for parents. It should sound sweet as long as the sprout is still small. And yet also grown up when he is taller. That gave Jelka Hauschild and her husband an idea. While pregnant, the media designer and programmer developed an app that was supposed to make it easier to find the right baby name. They created a database of names and combined that with the Tinder principle. If the name is pleasant, the user swipes to the right, the others are sorted out to the left. To narrow down the search, you can enter the first and last letters, determine the number of syllables and, for the sound harmony, also type in the last name. 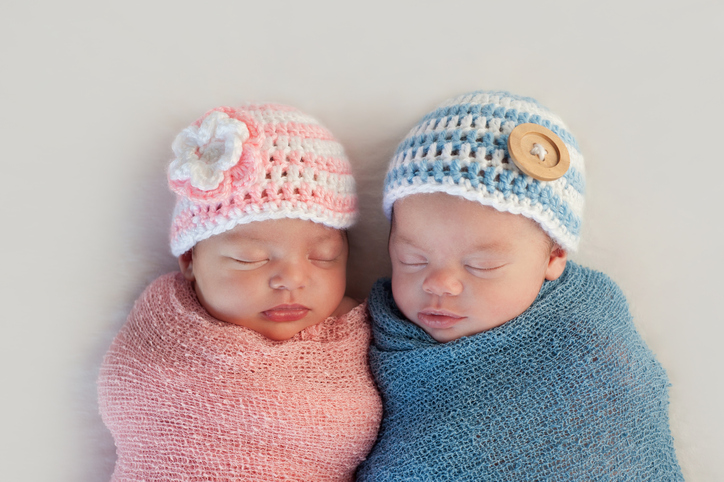 Unisex names on the rise

“It was an incredible amount of work,” remembers the 33-year-old, who is still mainly responsible for the content. Because the meaning and origin of the names are also explained in the app. "Charliesnames" is now one of the leading digital offers when it comes to decision-making support for first names. The software that the couple from Dachau near Munich brought to the app stores in spring 2015 has recorded almost 600,000 downloads. There are over 10,000 girl and boy names to choose from, and six different languages ​​are offered.

The app generates its own hit lists from the almost 85 million name ratings given by users. In Germany, Emilia is at the top for girls in 2019, followed by Mia and Sophie. With the boys it's Levi, Mattheo and Henri. “Unisex names are also trendy,” says Hauschild. Luka, Mika and Aria top the ranking for names that cannot be assigned to any gender. "There are more and more parents who give their children gender-neutral names, perhaps also because they want to break up the classic role model in their upbringing," suspects Hauschild.

At registry offices, the parents' dubious name requests repeatedly cause frowns and raise the question: When is a name still a name, and when is it more of a burden for the offspring? At the registry office in Essen, parents with names like "Sunshine", "Milka" and "Imperial-Purity" came through. There has been a “Cinderella melody” in Wiesbaden for several years. Two boys from Hamburg also have to live with their parents' choice of name for better or worse: The names "Courage" and "Sheriff" were entered on their birth certificates. The Berlin registry office waved "Chanel" through as the maiden name. In Kiel, a child was allowed to be called "Dior", but only because it was close to the Senegalese cultural area, announced the local registry office. “Gucci”, however, failed.

The rules for naming in Germany have been relaxed significantly since a decision by the Federal Constitutional Court in 2008. Basically there are only two major restrictions. The name must not harm the best interests of the child and it must essentially be a first name. The assessment, in turn, is at the discretion of the registrar. City names are still mostly not accepted. In the case of registrars in Munich, “Crazy Horse,“ Peppels ”and“ Regen ”clearly exceeded the limit of absurdity.

"The desire for very individual names is growing among parents," says name expert Knud Bielefeld. “You want to set yourself apart from the mainstream and emphasize something special.” The latest craze: own creations made up of different first names. Lennart and Dennis became Lennis. The name was actually given, says Bielefeld. 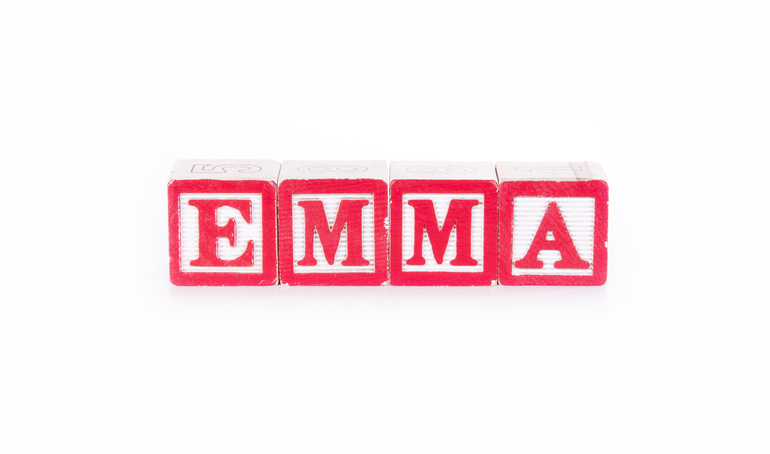 Emma and Ben stay on top

Bielefeld, a business IT specialist from Ahrensburg near Hamburg, has been developing first names since the 1990s. In the early 2000s he made his first hit lists. Its annual rankings are now quoted nationwide. Name reports from German maternity clinics and registry offices are the basis for its evaluations. His database now covers every fourth child born in Germany, says the 52-year-old.

Surprising developments did not take place in 2019. As in previous years, Emma is the girls' most popular name, ahead of Mia and Hannah. Ben remains the front runner among the boys, followed by Paul and Leon.

“Trends in first names extend over a period of at least ten years,” says Bielefeld. At the moment, parents would prefer short, often monosyllabic, names with a good sound. Traditional German names are also experiencing a renaissance: Charlotte, Mathilda and Johanna are in demand with girls, while Oskar and Henry are gaining momentum with boys. "Both boy names are potential contenders for number one in the coming years," believes the name expert.

The multicultural mix of society also left its mark on the naming. The best example is the maiden name Leila. "It originally comes from the Arab region, but it also sounds good in German."

The most interesting name of the year 2019 has long been determined for Bielefeld: Greta. The first name of the Swedish climate activist Thunberg has remained at around 30th place in Bielefeld's hit list for years. In 2019, as the first name, it will not make a significant leap forward. In the middle names, on the other hand, Greta made up a remarkable number of places. “I can only guess why that is. Perhaps parents want to make a political statement in this way, ”says Bielefeld.

Heinz and Dieter without a chance

And yet there are names that will probably not appear in any hit list for a very long time: Whether there will be another comeback for Heinz, Dieter or Manfred remains to be seen. Maybe in 20 to 30 years, says Bielefeld. Kurt, on the other hand, keeps coming up. Amazingly, half of the new Kurts come from Saxony. The reason could be Kurt Biedenkopf. The CDU politician was Prime Minister of the Free State from 1990 to 2002 after the fall of the Wall.

It became a Linus

The “Baby Tinder” makers Jelka Hauschild and Stephan Batteiger named their son Linus with the help of their own application. “In the end, the sound was decisive for us,” says Hauschild. The meaning of the name would probably have been a counter-argument. Linus comes from Linos from Greek mythology. There he is "the plaintiff".