Can we fill the room with air?

Each of us can - and yet we very often get it wrong. Expand the lungs, exchange oxygen and carbon dioxide so that the circulation and nervous system influence, in short: breathing. If you are looking for relaxation, you cannot avoid looking at your own breaths. The breathing technique can help to increase mental and physical well-being. There is inspiration for this in yoga, for example.

It works by itself: the air flows in and out again. To do this, people do not have to think and make an effort. Because breathing is an innate automatism, as biology calls it. And this perhaps explains the observation of Susanne Menrad-Barczok, breathing teacher from Ulm: "Unfortunately, in our culture it is not necessarily part of thinking or talking a lot about breathing and appropriate physical exercises." It would be worthwhile to do your own To take a closer look at drafts and body movements. But at least: More and more people are looking for ways to relax - and also concern themselves with their breath.

The controlled breath in yoga

For example in yoga - where the aim is to bring body and mind into a state of rest. There are a number of different yoga schools, but breathing is always the focus. "All yoga exercises are taken slowly and effortlessly, a reasonable amount of time is observed - with controlled breath and controlled mind," says Peter Konopka, internist, renowned sports medicine author and since 1991 director of the oldest yoga school in Augsburg. Yoga physical exercises and the subsequent relaxation make it easier to perceive processes in the body, soul and spirit, says Peter Konopka. The breath plays a key role in achieving this relaxation.

The relaxed breathing like with small children falls behind in the course of life. The amount of sitting and tight clothing play a role here. In contrast to everyday life in the office and when shopping, when practicing yoga, people consciously focus their attention on their breath - and practice using it to influence their bodies. “Pranayama” is the technical term among yogis, which means something like a conscious regulation of breathing. There are a variety of exercises that yoga students practice in particular the so-called abdominal breathing. 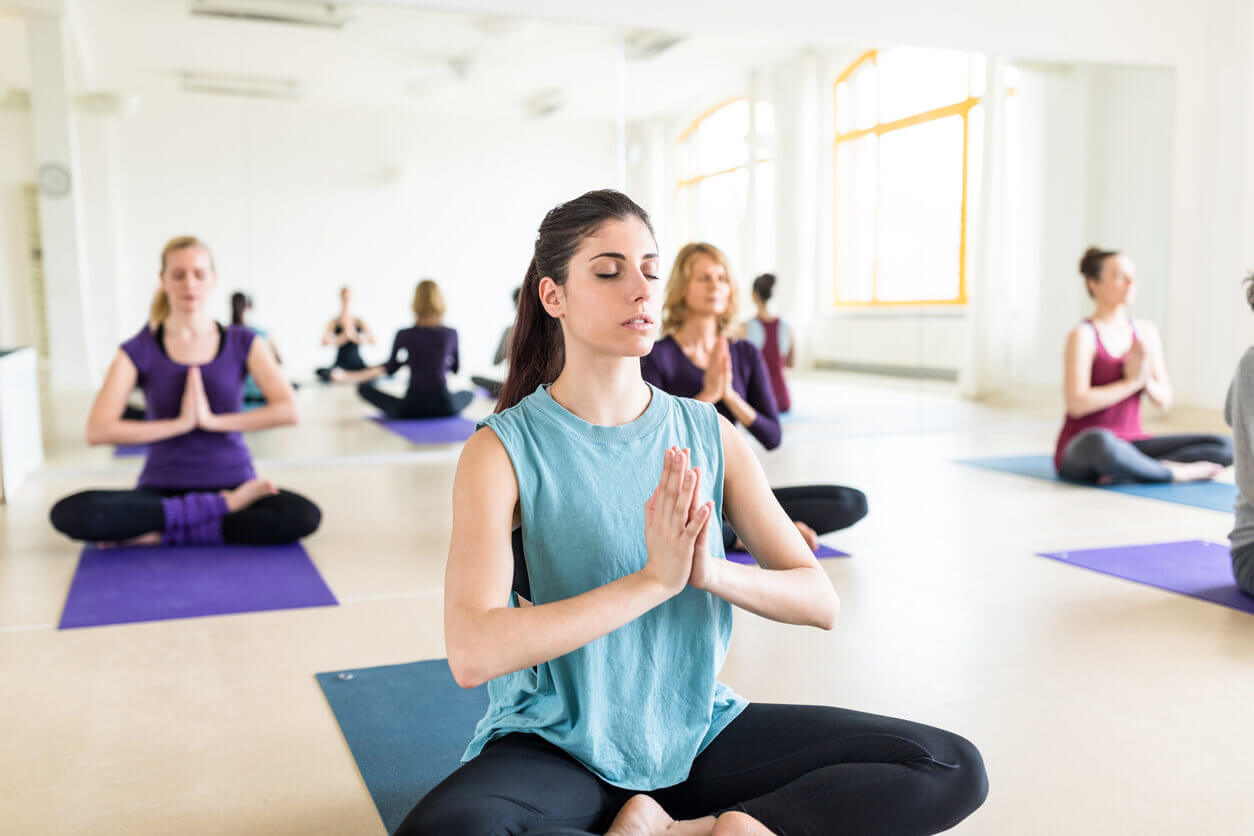 Breathing in the abdomen

With abdominal breathing, also called diaphragmatic breathing, the diaphragm, the largest respiratory muscle, moves downwards. The abdomen expands, the chest remains relatively calm, the lungs can expand into the abdomen and fill with air. When you exhale, the diaphragm pushes the lungs back up. “Breathing into the abdomen basically leads to deeper breathing and relaxes us,” explains Susanne Menrad-Barczok, who is a member of the board of the professional association for breathing education and breathing therapy ATEM.

Breathing with the diaphragm into the abdomen not only leads to a relaxed feeling subjectively. Scientific research has also shown that yoga breathing exercises have a direct effect on the cardiovascular system. Researchers at the Medical University of Nepal observed this in what is known as bee breathing. After the five-minute exercise, in which participants inhaled deeply and then exhaled slowly and humming, the heart rate dropped slightly and the blood pressure dropped significantly. [1]

Less stress hormones in the blood

In fact, there is some evidence that deep abdominal breathing can help reduce the bad effects of stress on the body and improve mental wellbeing. In a study in China, after twenty breathing exercise units over eight weeks, the participants showed a significantly improved alertness and mood compared to the control group who did not breathe.[2] The cortisol level also fell as a result of breathing training - the stress hormone is an important indicator of the physical effects of stress.

Lots of movements in the same direction

The study results match the observations made in practice by Susanne Menrad-Barczok. "You can read a lot from your breath," says the breathing teacher, "and you can direct your perception to your breath with different types of movement." This applies not only to yoga. It also applies to tai chi, qi gong and mindfulness training always the breathing in the center. Meditation, also popular as an anti-stress technique, can only be started through deep breathing. "When it comes to the effects of breathing, all of these things go in the same direction," explains Menrad-Barczok.

Mobilizing joints not only promotes mobility, but also improves breathability. Physical exercises that target the joints have a relaxing and relieving effect on the breath.

1. Take one hand and move your finger joints easily and smoothly. Vary the finger play: sometimes faster, sometimes slower, sometimes a smaller movement, sometimes more sweeping.
2. Now turn to your wrist and move it in circles or in figure eight loops - here too you can vary the pace and measure.
3. The game continues on and on. After the wrist, go to the elbow joint and then to the shoulder joint. Now you can move your whole arm in an articulated manner and feel the effect in your body.
4. Take your time and do not end the exercise abruptly, but go back in reverse order.
5. Before moving on to the other hand, compare the two sides of your body. Do you feel how the moving side of your body feels more free - and how do you feel like you have more room to breathe there?

The deep air comes through your nose

In order to come to yourself, to escape negative things and to relax, the conscious control of the breath is a valuable key. The cardiologist Herbert Benson from Harvard University in the USA, whose famous “relaxation reaction” has set a standard worldwide, already knew this. [3] It is important to breathe through the nose. This is also confirmed by the breathing teacher Menrad-Barczok. She has scientifically researched what happens during hyperventilation. People breathe quickly through their mouths, which leads to a drop in the level of carbon dioxide (CO2) in the blood and - sometimes extremely - causes discomfort. When breathing slowly through the nose, on the other hand, the process calms down and the exchange of oxygen and carbon dioxide works better.

Breathing also seems to be relevant as a positive factor against suffering and pain: For example, in the course of a dissertation at the University of Regensburg, it was shown that deep and slow breathing has a positive effect on pain perception. [4] A study by Boston University showed that yoga, in conjunction with targeted breathing exercises, can even help with depression - this combination of breathing exercises and yoga relieved depression in the participants in the experiment. [5]

In Ulm, Susanne Menrad-Barczok treats people with chronic breathing problems, such as asthma or COPD, i.e. narrowing of the airways. But she also sees many patients who have forgotten how to breathe relaxed and who are physically cramped. “The therapy is always very individual,” says the expert, “I look at the posture. It's not just about the nose, mouth and lungs, but about the entire body, ”explains Menrad-Barczok. You start with what works well - and use that to get the client to breathe better. Because, she explains, you don't breathe exclusively with your lungs, but rather through “an interplay of muscles” throughout your body. 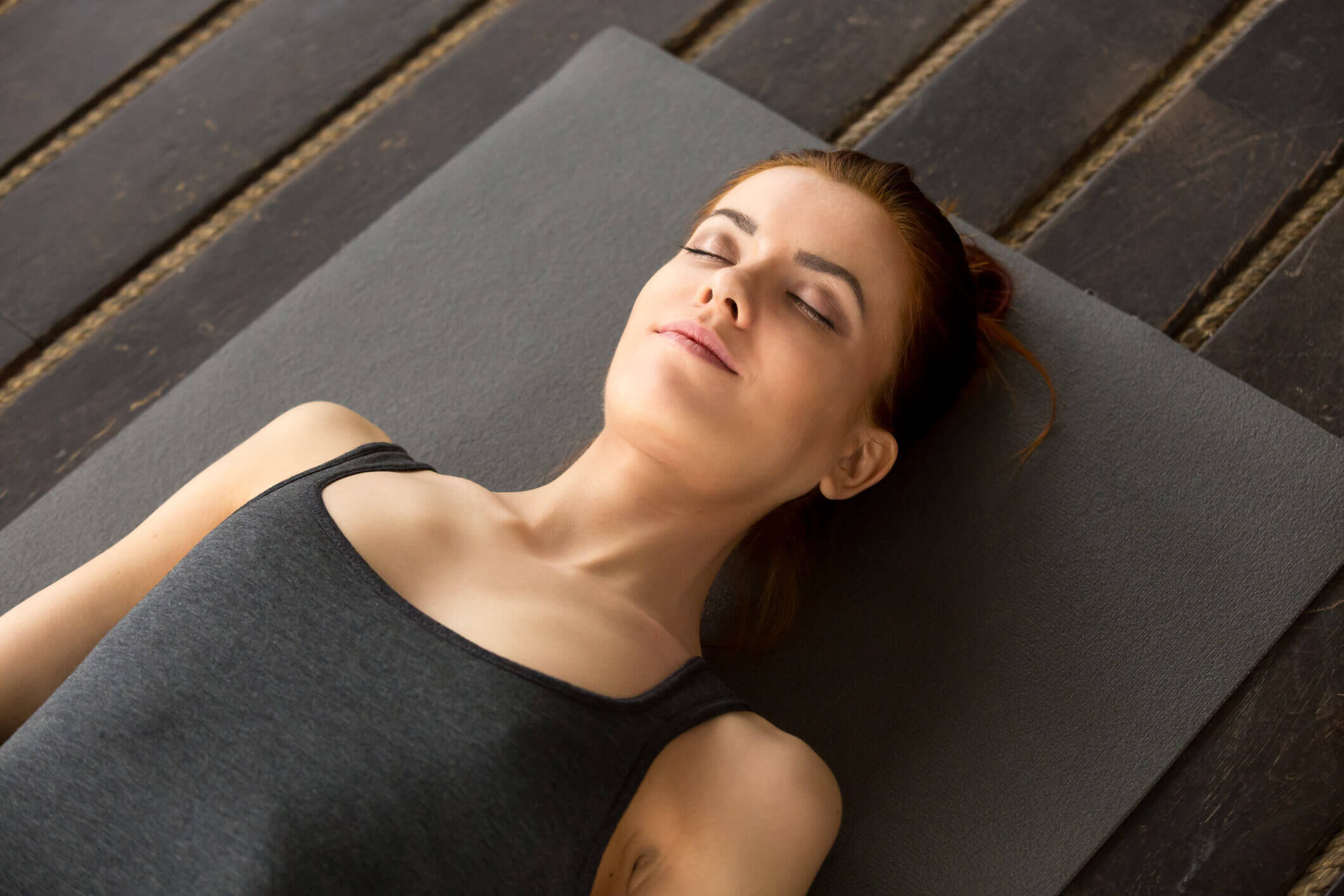 Where the switching points come together

With breathing, the body succeeds in making fresh oxygen available for the organism and in transporting exhaled CO2. But it plays an important role in the center of the physical switching points. It is directly linked with the autonomic nervous system, with the circulation and the nervous reactions of the body - with the sympathetic and parasympathetic nervous system, i.e. the stress and rest phases of our nervous system. With breathing, a lot can be influenced at this switching point. Using rosary prayers and mantras, Italian researchers have shown very strong positive effects. [6]

Four to six times a minute

The example of the rosary prayers and mantras fits a belief widely held by breath experts. Accordingly, it is particularly important for relaxation to consciously bring the breathing rate to a calm rhythm. The so-called 4 to 6 breathing technique is based on slow inhalation and even slower exhalation. “The psychophysiological state that is achieved with the 4 to 6 breathing technique leads to an optimal synchronization of breathing, blood pressure and heartbeat in accordance with the relaxation reaction,” argues the Swiss physicist and depth psychologist Gary Bruno Schmid. [7]

1. Find a relaxed place, choose a comfortable place and relax.
2. Concentrate on your breathing rhythm and extend an exhale to an estimated six seconds.
3. Now breathe in again - shorter than you exhaled, but slowly. Imagine pulling the diaphragm all the way down.
4. Make yourself heavy on the exhale. It is important that breathing out always takes longer than breathing in.
5. A cycle consists of four inhalations and six exhalations, so it starts and ends with the exhalation.

Breathing teacher Susanne Menrad-Barczok also advises her patients to let their breath rest. She likes to use the image of the waves at the sea, which radiate a natural harmony: They slosh up, withdraw - and in between there is a break, a moment of silence. "These three phases of the natural rhythm also exist in relaxed breathing," explains Menrad-Barczok. But anyone who is electrified has to be aware of it again.