What is the latest discovery about water

NASA held a press conference on October 26th announcing "an exciting new discovery of the moon". The amazing find gives hope for a manned lunar station. 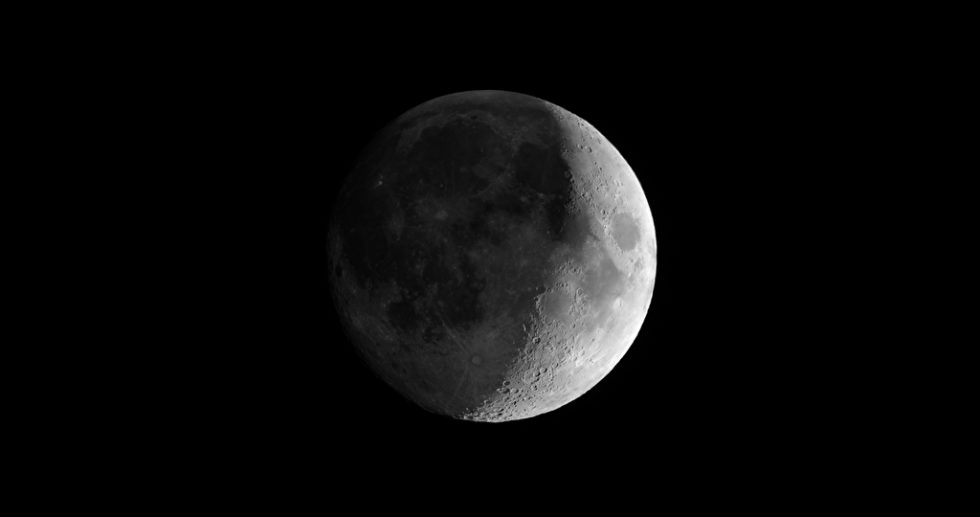 NASA researchers have new ones Notes of water on the moon found. The US space agency announced this at a press conference.

The scientists have found evidence of both water molecules on the surface and areas on the moon where water could be permanently preserved as ice. The findings have also appeared in the specialist magazine "Nature Astronomy". Against the background of future lunar missions, this find is truly "exciting".

The NASA has this mysterious new one scientific knowledge about the moon presented at a press conference.

Water on the moon: the SOFIA telescope detected it

There were two studies in total. In the first study researchers around Casey Honniball from the University of Hawaii in Honolulu analyzed data from the Stratospheric Observatory for Infrared Astronomy (Sofia for short). Sofia became a flying telescope from a converted Boeing 747 by NASA and the German Aerospace Center (DLR). When examining the Clavius ​​crater in the south of the moon, they found evidence of water molecules. These could be preserved predominantly in glass spheres or in crevices between rubble on the surface, so the assumption. In general, the researchers assume that water molecules are more likely to occur in areas near the poles than in other regions closer to the lunar equator.

In the second study A team led by Paul Hayne from the University of Colorado in Boulder was researching specifically for craters, crevices and small areas in which water ice could occur. During this phase, the NASA “Lunar Reconnaissance Orbiter” probe was used. With the help of theoretical models, they searched for so-called cold traps. This refers to zones that are permanently in the shade, where water ice could be preserved due to the constant cold. In addition to impact craters, this also includes smaller areas that are always shielded from the sun's rays.

It is not yet clear whether the water can also be used as a resource for astronauts, as the researchers announced at the press conference.

Overall, the concentration of the molecules found is low - there are 100 to 400 of them for every million other molecules on the surface of the moon. But the fact is: the water is there, even at temperatures of up to 120 degrees Celsius.

Surprising finding: Here, water ice is stored on the moon

According to the latest findings, an area of ​​40,000 square kilometers could be in permanent shadow on the moon. Previously, the NASA researchers assumed a much smaller area - now the said area has almost doubled. The water ice is suspected to be in this area. Most of these regions are, as expected, in the polar regions of the celestial body.

"If you imagine standing on the lunar surface near one of the poles, you would see shadows everywhere," Paul Hayne is quoted in a statement from his university. "Many of these little shadows could be full of ice."

According to the scientists, larger zones with water ice should be at Shackleton Crater at the south pole of the satellite. The crater is more than four kilometers deep and over 20 kilometers in diameter.

The moon is considered bone dry for a long time. Over time, there was increasing scientific evidence that the moon might have water - and more than expected. As early as 1994, the NASA “Clementine” probe found the first signs of water in shady craters. Ten years ago the lunar mission "LCROSS" demonstrated water ice in an eternally dark crater at the south pole of the earth's satellite. Now there are new findings: water resources on the moon would be extremely important for research on the earth's satellite and for planned manned lunar stations. If there was enough water on the moon, astronauts could stay in a station for a long time and take care of themselves.

Since the announcement, it has been puzzled as to what exactly NASA might have discovered. The world only received details during the press conference. So much was revealed in advance: It is "an exciting new discovery of the moon". NASA also referred to the so-called Artemis program, with which astronauts should land at the south pole of the moon in 2024. Therefore, it has already been assumed that the conference will publish a milestone related to the plans to establish a human settlement on the moon.

About the Artemis program:

As part of the Artemis program, NASA plans to bring American astronauts, including the first woman, to the moon by 2024. As part of the lunar exploration program, innovative technologies and systems are used to explore more about the moon than ever before. NASA is cooperating with commercial and international partners to establish further missions by 2028. The findings will then flow into a Mars expedition.

SpaceX: This is how the planning for the launch of the ISS went

By the time of the press conference, we have collected the possible scenarios for you:

The fact is: The new data from space were created with the aforementioned telescope Stratospheric Observatory for Infrared Astronomy (Sofia).

Also read: The 10 Largest Telescopes in the World

NASA: Who will hold the press conference?

Naseem Rangwala, a project scientist for the Sofia Mission at NASA's Ames Research Center in California, will be one of four speakers during Monday's press conference. The event will be accompanied by Paul Hertz, who heads the NASA astrophysics department. Jacob Bleacher, a senior exploration scientist, and Casey Honniball, a postdoctoral fellow in astronomy, will also be present.

An official statement states: "This new discovery contributes to NASA's efforts to learn more about the moon and thus about space."

Follow our page, we will keep you updated on the achievements of NASA.

Hubble Space Telescope: Incredible images from the depths of space