What is the real feminism

5 things you should know about feminism:

What exactly is feminism? First of all, very important: there is none the one Feminism. There are many different movements and theories that advocate different topics and sometimes even contradict each other. Nevertheless, there is a core that probably connects all feminisms. Feminism works for equality for all people, against sexism and against discrimination against women.

Feminists criticize that even today most power remains in the hands of men. This includes access to money and power over people (e.g. in the executive suite). But it's also about who is being listened to, who is considered competent, or who appears in history books (many important women and non-binary people in history are simply never reported or their importance is downplayed).

The goal of feminism is not to bring women to power instead of men (here are answers to this and other common arguments against feminism). It is a matter of fair distribution and more self-determination for everyone.

2. What does intersectional feminism mean?

Intersectional feminism tries to consider different forms of discrimination and to consider as many different perspectives as possible. Why is that important? When thinking of the term feminism, many think of women's suffrage (has existed since 1918), or the changed sexual criminal law (“No means No!” Since 2016), or the right to abortion (does not yet exist in Germany). These are important points that feminists have been fighting for for a long time. But: there are other feminist issues that don't get that much attention. They often do not affect any white Middle class women, but poor, black, disabled, and queer women, inter * and trans * people. For example, asylum seekers, poor and disabled women often fight for the right to have children allowed to and get good medical care during pregnancy. An intersectional feminism tries to take all of this into account.

An example: In recent years there has been a lot of talk about quota regulations in management positions. And that's a good thing: women must be given a chance to advance into areas that are typically occupied by men. BUT what is not reported about? What do we not perceive?

For example, labor disputes by women who have poorly paid (or unpaid) jobs, for example as cleaning workers, receive much less attention. The cleaning staff are mostly women. Often these are women who do not have a lot of money and / or a German passport. These people have fewer opportunities to address politicians, to make themselves heard by journalists, or to organize (without taking great risks, such as losing their job).

An intersectional feminism works to ensure that these and many other perspectives are perceived.

3. Feminist concerns can contradict one another

Sometimes feminist concerns even seem to contradict one another. There is much discussion, for example, of wearing a hijab (headscarf for Muslim women). In Germany, feminists advocate that women are free to practice their religion. For some, this includes wearing a hijab. However, this is forbidden in some contexts: For example, in many schools teachers are not allowed to wear a hijab.

On the other hand, there are feminist movements that oppose wearing a hijab. They say women are pressured by men (or by law in other countries) to veil themselves. Some criticize religions in general because they would oppress people and especially women.

4. Is feminism for men too?

And where are the men? Well, right in the middle! Feminism also wants men to be liberated and to expand their possibilities. For example, men should:

All of this is often not easy or not possible due to the gender roles in our society (you can find more about gender roles here). But it's also about an attitude and about being all advocate for equality. That also means that men have to share more - but also get more opportunities. 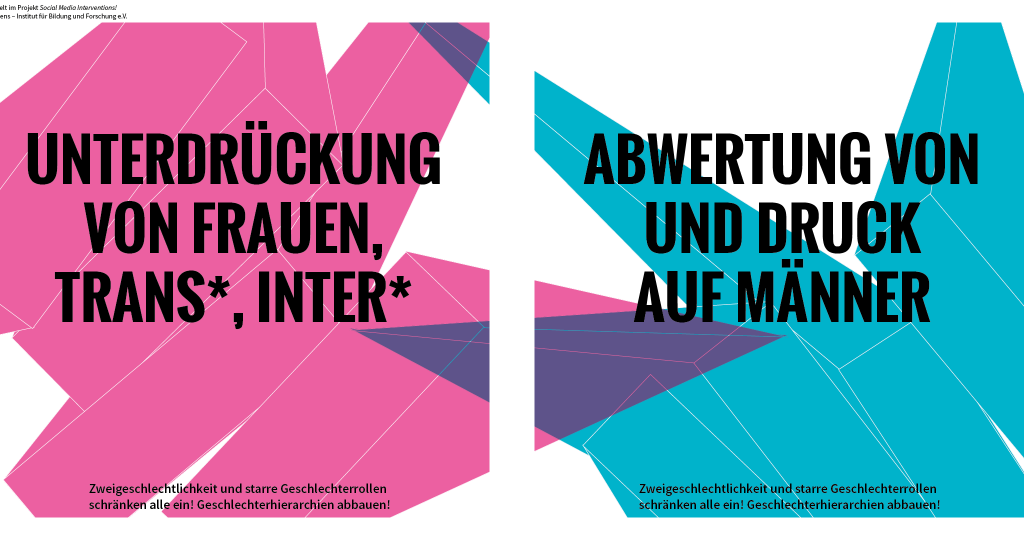 Feminists fight on very different levels and focus on different topics, but actually it's basically about joining together and fighting together against unequal treatment, coercion and exploitation!