Hot vs. Cool - The dangers of hot and cold beverages

Outside the snow is falling softly and you have to rush to work early. Nevertheless, you would still like to take another sip of your tea, which is far too hot. Anyway, because you're just hot! What do the scientists say about it?

In a new study, researchers found that drinks that are too hot can cause cancer. In the experiment, the scientists from Tehran University compared the data from 300 esophageal cancer patients with those from healthy people. All sick patients drank an average of one liter of black tea a day. Medical professionals suspect that fluids above 70 degrees injured the surface of the esophagus. 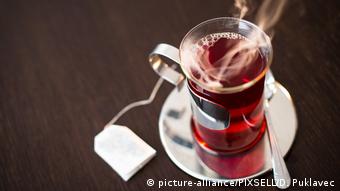 Drinking tea that is too hot can have serious health consequences

As if that weren't enough: Drinking tea that is too hot can also destroy the taste buds, promote nosebleeds and damage teeth:

First to the taste sensation: The sensitive taste buds are located with all their sensory cells in the oral mucosa and are therefore directly exposed to the heat.

Possible nosebleeds after drinking tea comes from the hot rising steam. This can widen the blood vessels in the nose and make them more sensitive. 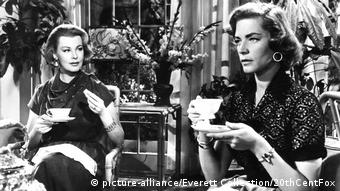 Tooth damage occurs when small cracks occur in the tooth surface as a result of strong temperature differences. This can make the teeth more sensitive to pain.

So if you can watch through the window that the snowflakes are deposited on the ground outside - better wait a bit until the tea cools down a bit.

Doctors recommend to be patient for at least four minutes and only to enjoy the tea warm. And properly cooled tea can, according to French researchers, even increase life expectancy. But this is another story. 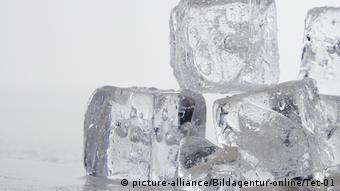 Do ice-cold drinks really cool you down?

To refresh yourself with an ice cold drink on hot summer days - that's cool.

But it is not easy for the body to process the chilled drink. He must first heat it up to body temperature so that he can absorb the fluid from the digestive tract.

In doing so, it consumes a lot of energy - with the paradoxical result that a chilled drink has the effect that those looking for refreshment tend to get even warmer. So absorbing ice-cold liquid into your heated body is a burden and not a refreshment. 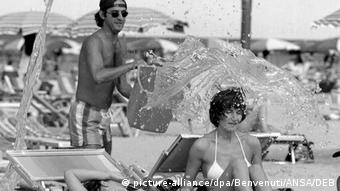 Refreshment on warm days? - Tea or a shower can help

It's definitely the wrong thing to do to cool off.

Small sips of a drink at body temperature, on the other hand, can have a refreshing effect. The fluid supply and sweat create an evaporative cold on the skin, which does not put additional strain on the circulation and cools the body.

It is not without reason that a lot of tea is often drunk in hot countries. Cheers!