Deep learning is a great ability to have

Machine learning is not a toy for children

At the annual conference, hype was separated from substance

Machines can learn. If they do this in deeply tiered networks that are modeled on the interconnection of human neurons, one speaks of "deep learning". Ten years ago this term was not known, but meanwhile it has become “incredibly en vogue” and “a buzzword in medicine”, said moderator Stefan Schmitt, deputy head of the knowledge department at ZEIT, at the beginning of the panel discussion that included Analyzed possibilities offered by machine learning for diagnostics and therapy. On the thoroughly serious hype cycle of the Gartner management consultancy, deep learning is at the top of the exaggerated expectations that emerging technologies usually pass before they go through a deep valley of disappointment and eventually reach a productivity plateau one day . "We have decided to separate hype from substance," said Schmitt, the direction of the discussion, to which he welcomed three experts who are proven cross-border commuters between computer science and medicine: Professor Thomas Berlage, who heads the Life Science Informatics research department at the Fraunhofer Institute for Applied Information Technology; Sergey Biniaminov, head of the start-up he founded in 2015, HS-Analysis, and Professor Christian Lippert, who is currently developing the digital health course at the joint digital engineering faculty of the University of Potsdam and the Hasso Plattner Institute.

Every technology hype is due to the widespread expectation of success in the media, said Christian Lippert. The first success story of machine learning was the individually targeted placement of online advertisements, with which the large Internet companies earned a lot of money. Other companies that would have wanted to copy such success in their business field, but were soon confronted with the fact that it "is not so easy to use these methods". Even if the technology brings "absolute added value" in some areas, no profitable business models have yet been found elsewhere for its application. “This is especially true in the health sector.” Up until now, learning machines have been particularly impressive because of their ability to analyze images, as Sergey Biniaminov illustrated using the example of counting a blood count using the “yolo 3” software. The abbreviation stands for “you look only once”, because this technology allows very fast and reliable automatic real-time detection and quantification of objects in tissue samples, be it for medical diagnostics or for analyzing the effects of drug candidates in pharmaceutical research. 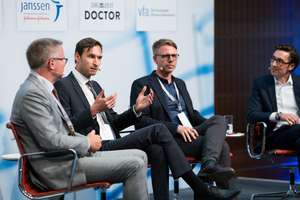 Biniaminov's company is continuously developing the knowledge base and learning objectives for its software solutions in workshops with users from medical research and practice. In the area of ​​pattern recognition, systems such as those from HS-Analysis would be superior to the best human observer in the foreseeable future, prophesied Christian Lippert. “Ultimately, however, we are interested in diagnosing diseases and making prognoses about their course. That is much more difficult than pure pattern recognition. ”In theory, machine image recognition is already superior to human image recognition today, added Thomas Berlage,“ but we have to. learn to design the entire process in such a way that the knowledge gained from it is not just additional information, but actually has a clinical benefit ”. Machine learning is an enabler, but does not guarantee a meaningful result. In the past, image recognition was something for “super specialists”, but today anyone can do it - with the consequence that “any amount of nonsense can come out of it”. For example, IBM recently bought a company that had radiological data from millions of patients and then used the artificial intelligence of its “Dr. Watson ”. However, 30 percent of this data was completely incorrectly assigned (“labeled”). Only after the correct assignment of the data by human experts did “Dr. Watson “can do something useful with it.

Priorities for the topic of medical data space

"Dr. Watson "is a" wonderful technology in the area of ​​information retrieval and text mining ", 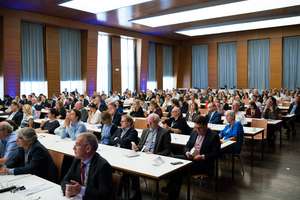 said Christian Lippert, but his abilities are overestimated overall. “Many hospitals have bought Watson for a lot of money without having much of it, partly because they lack the right data for it.” In fact, the acquisition of the data and its quality assurance make up 85 percent of the effort in deep learning. Applications, affirmed Berlage. “That is why the topic of medical data space is a high priority for us at Fraunhofer.” Medical data comes from very different sources. Linking them to a consistent “data pipeline” is absolutely necessary. “You won't be able to use deep learning productively if you don't have such a pipeline.” Machine learning is not just a child's toy. “The idea of ​​simply finding nuggets in any amount of data through deep learning is completely naive.” Rather, it requires constant control and monitoring by data scientists.

Another five years until the application?

Doctors should also be trained accordingly. “Data science is a task for people who are connected to the machine via user interfaces and thus become managers of machine work. In the future, this will also apply, for example, to pathologists for whom machines do routine diagnosis. You would then have to take care of ensuring data quality and further developing the software. Sergey Biniaminov and his company not only pursue the goal of displacing subjectivity from diagnostics so that people do not “see one and the same thing and label it differently”. He is also convinced that one can “go into the depths of clinical pictures, the cause of which is still largely unknown” if one applies deep learning methods to large amounts of data, for example in cancer research.

Apart from some technical hurdles that have to be overcome, Christian Lippert considers the cooperation between computer scientists and users to be "one of the" main challenges "on the way there. “We will focus on this cooperation in our new course”. However, deep learning is “not a panacea,” emphasized Lippert. But it could relieve you of a lot of work. "Pattern recognition, which is simple and repetitive, shouldn't have to be done by anyone, doctors have better things to do."

Professor Berlage estimated that it would take at least five years before companies would make broad use of deep learning. However, it is advisable to build up the expertise for this step by step today, also in the healthcare sector. Initially, learning machines would be used there primarily in research, suggested Berlage. "Only when the technology is fully developed will it also be used routinely in medical diagnostics."