Was the Prophet Mohammed a homosexual person? 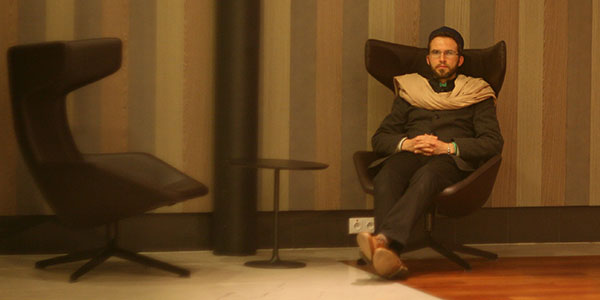 Are there any questions journalists keep asking you that get on your nerves?

Yes, there are many. For example: How did the Prophet behave towards homosexuals? Where did you live? Where did you grow up? And did I really found a queer mosque in Paris? And what does my family say about it? How does she feel about my orientation? In order to give a good answer to these complicated questions, I have to go far and start somewhere else.

I was 17 when I left Algeria after the civil war, I didn't know anything about spiritual Islam, I only knew fascist Islam. I also knew what the Nazis did and what the Communists did. I was also aware of what had developed in many civilized societies in times of crisis, colonization or poverty. The Arabs had done something very similar to Islam because we were traumatized and colonized.

I discovered my sexuality in France and tried to live both lives for two years - both sexually and spiritually. But that was a big challenge that eventually plunged me into a deep crisis. I got depressed and even thought of suicide. That's why I then decided to break away from spirituality. I forced myself to stop meditating, stop fasting and read the Quran. In doing so, I also detached myself from a large part of myself, because these activities have been part of my life since childhood. I only lived in sexuality - I discovered and experienced a wild and free life. But I found that I was still not happy, that I felt empty.

I called my sister one night. I was lying on the couch in my apartment and thinking about the fact that I have a good job, a nice apartment, work a lot and should actually be happy. I wasn't unhappy, but I felt that I was missing something if that was all in my life. And my sister asked me what was wrong with me and I replied that I was missing spirituality. I was excluded from my religious community, or I left it voluntarily, because I accepted the fact that I don't belong there. I have accepted that it is not possible to be homosexual and lead a religious life at the same time.

Later I started meditating again. I got books on Buddhism, which interested me a lot at the time. I've also started living spiritually again. Before converting, I wanted to make a pilgrimage to Tibet to see the roots of the tradition in which I was interested. I did not want to be misled again, as was the case with Islam. But then in Tibet I heard opinions like, “Oh, women? Yes, women are born again as women because of bad karma. Oh, and homosexuality? It's something unnatural. ”It sounded exactly like the Islam I knew from my childhood: prejudice, patriarchalism, ignorance. I took a closer look at it and then realized that this is not Buddhism, but just its interpretation.

So I then realized that I could become a Muslim again, or could stay one. My mistake was that I believed people who justify their interpretation of Islam with fascism.

Then I prayed again and read the Koran. It was not easy, and to this day I remember interpretations of the Koran that I learned as a teenager. 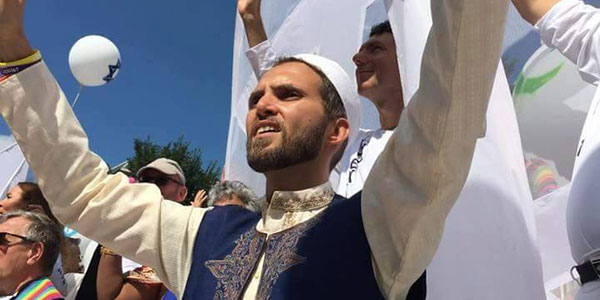 Imam Ludovic-Mohamed Zahed: “Heaven and Hell are within us, here and now. It is not something that comes after death. "

What were the biggest differences you found?

If you read about hell, for example. "Those who do not believe in God ... go to hell." If you read it like that, it is pure fascism. This is a political line that comes from the patriarchy - that is, from the most powerful.

If you read it this way, it is not possible for someone like me to practice Islam. But I am trying to understand what this passage meant to people at the time the Quran was written. Putting every verse from the Koran into context - that is the basis. They say the same thing in all Islamic countries. But they act differently. They put the Quran in a context that suits their purposes so that they can justify what they are doing.

So I started to wonder what God actually means. Maybe God is not God, but something perfect. And Allah (Alliah) actually comes epistemologically from "what is best in each of us". So it is something that comes from within ourselves, something spiritual, a kind of energy. Then it makes sense. If we don't believe in God, not in something great that is in us and in all other people, then we will suffer from depression, we will become angry and want to kill everything around us - and go to hell. We become just like the so-called Islamists. Heaven and Hell are within ourselves, here and now. It is not something that comes after death. After death we reach a higher level of consciousness.

So we won't meet God when we die?

I believe there is a lot more going on. We become part of God. Death is a form by which we grasp the higher consciousness. This is my interpretation.

And what about the legendary virgins waiting for Muslims in heaven?

That is also not true. I've already talked about it with my fiancé, who is a physicist. The Arabic word Al Hurar al `ain does not mean “virgin”, but “the knowledge that you acquire between the infinitely great and the infinitely small”. In theory, we can explore all of space, provided we have the time and the technological capabilities, we can be anywhere in the world and learn a lot of new things. But at the same time we are very small, we are dust, and we return to dust. When we expand our consciousness, we see God in ourselves. We are part of God and God is part of us. Some Muslims have said so, but they were crucified for it, so I'd rather not repeat that.

Well, and to come back to my life story: This awakening was at the beginning of my inner calm, which I call Islam. For me, Islam means finding inner peace within yourself. After a few years I decided that I would not convert to Buddhism, but see myself as what my friends call me as what my friends call “Budmu” - a Muslim, inspired by Buddhism, Judaism and Christianity.

I also decided to network with other imams. In 2012 I started a queer mosque and some people joined me.

How many imams are there in the world who openly acknowledge their homosexuality?

Five years ago we were three. We are now 20 Muslim scholars who are LGBT. So you see how fast we multiply. But 20 scholars are nothing compared to more than a billion Muslims worldwide.

Yeah, that doesn't surprise me. In my denomination, where we all welcome queer Muslims, there are many who would not consider themselves gay or LGBT. I also have a man in my community who is a case in point. When he came to us, he said, “This is my boyfriend, I have sex with him, but there is no way I am gay. One day I'll get married and have children, otherwise my family wouldn't accept me. "

Either Islam continues to develop or it disappears, like Christianity in Europe. If we do not seek a serious and spiritual religion, the mosques will remain empty and the faith will be lost in a few decades, as will the parishes. I want people to emancipate themselves and take the power of religion into their own hands. Each of us is an imam.

It is interesting that believers and non-believers have very similar approaches to faith. It's a concept that comes from somewhere out of the unknown. Faith is something that springs from our needs. We should not distinguish between belief and everyday life. Faith is part of our culture.

Links on the subject