Venus is the brightest star

Brightest "star" in the evening sky

Evening after evening you can currently see a particularly bright "star". However, this is not a real star, but our neighboring planet Venus. After the sun and the moon, it is the brightest object in the sky. 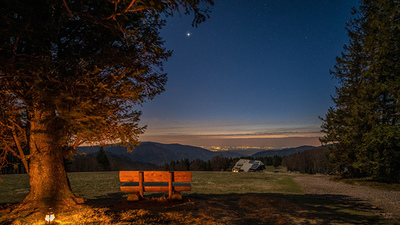 If the weather is clear, our neighboring planet Venus can be seen particularly well in the western sky these days. Image: Andreas Müller

Our sister planet Venus is sometimes the evening star, sometimes the morning star, and in between, often not to be seen for weeks at a time. It is currently going through its phase as an evening star and reaches its greatest apparent brightness at the end of April. What appears to the naked eye like a brilliantly bright star, however, turns out to be a glistening bright sickle when looking through good binoculars or telescope: Like the moon, Venus also goes through phases in which it appears as an almost full disc, half full, and sometimes even appears only as a narrow sickle. 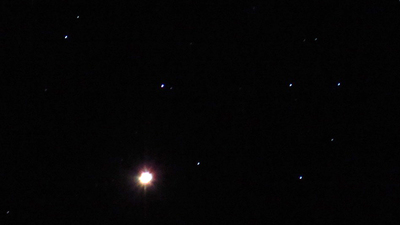 At the beginning of the month, the brilliantly bright Venus passed through the star cluster of the Pleiades, which is popularly known as the "Seven Stars". Image: Ralf Pooch

The reason for this change is the rapidly changing position of Venus in relation to the sun. It is currently approaching our earth after having passed what we believe to be the greatest possible angular distance to the sun at the end of March. That is why it appears in the telescope as a constantly larger, but at the same time ever narrowing planetary sickle. Because of the decreasing distance to the earth, this sickle appears radiantly bright, because the sunlight is reflected particularly well by the thick cloud cover of Venus. 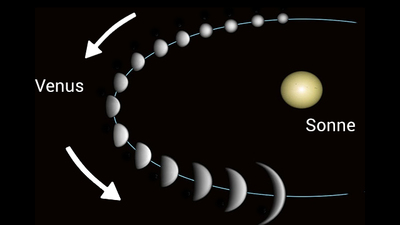 The phases of Venus as they appear in telescopes from Earth. Image: Sebastian Voltmer / www.weltraum.com

When Venus approaches the earth, this growing sickle can be seen as an "evening star" in the evening sky. If it moves away, the planet appears as a "morning star" in the morning sky and the sickle becomes smaller and fuller. Between these radiantly bright phases, Venus moves past in a near-Earth orbit position like the new moon in front of the sun. If, on the other hand, it is far from the earth, it will pass behind the sun as "full Venus". In both of these cases, however, it is too close to the sun to be observed from earth. 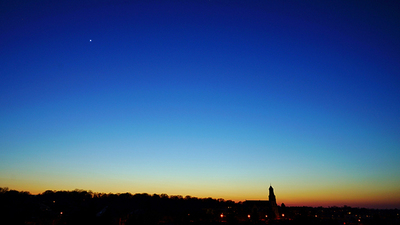 Even in the coming weeks, the "evening star" will remain the most conspicuous object in the dusk that sets in ever later. Image: Frank Fritsche

In the coming weeks the bright "evening star" will still be visible, but it will set earlier and earlier. Therefore, in the course of May, Venus slowly strives towards the horizon in the evening, until it finally disappears earlier and earlier in the bright dusk. After a few weeks of invisibility, it reappears in the morning sky in the course of June, where it quickly becomes the brightest star after the sun and moon, only then not as an evening but as a morning star.

(A report by Jürgen Vollmer from the WetterOnline editorial team)