Why is France rich

France and its role in the Third Reich

Paris, July 1942. At the beginning of the film "The Children of Paris", the Jewish father Shmuel Weisman was able to keep his children happy: "Do you know that Hitler believed that we Jews were also to blame for the sinking of the Titanic? - It was a Jew, that's clear! " General laughter at the lunch table.

But only a few days later the French police arrive and take the whole family and all of their neighbors with them. They kidnapped a total of 13,000 people from Paris. First the arrested Jews are locked in a cycling hall, then taken to French camps and finally handed over to the Germans. Almost all those arrested are later murdered in the National Socialist extermination camps.

A historian gave the children back their identities 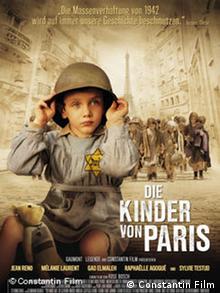 The historian Serge Klarsfeld was responsible for the factual accuracy of the film. For decades he had researched the collaboration between the French and the Nazis, explains director Roselyne Bosch: "The memory of these children would be impossible without Serge Klarsfeld. With his work he has given them back their identity, through him they have a soul again."

Klarsfeld himself was seven years old in 1942 and lived with his Jewish parents in Nice. He and his mother only narrowly escaped the SS henchmen, and they took their father with them. Serge Klarsfeld never saw him again. After the war he met his future wife Beate in Paris. She came from Germany as an au pair. That wasn't a problem for Serge.

Beate Klarsfeld had no bad experiences with all the French she met at the time. “Sometimes there was still someone who was prejudiced against a German,” she remembers, “but we were young people. When I saw my husband for the first time - I said I was German - he said, 'Well, but there were also Hans and Sophie Scholl. ' And I think a lot of the French probably said that too: there was German resistance. " 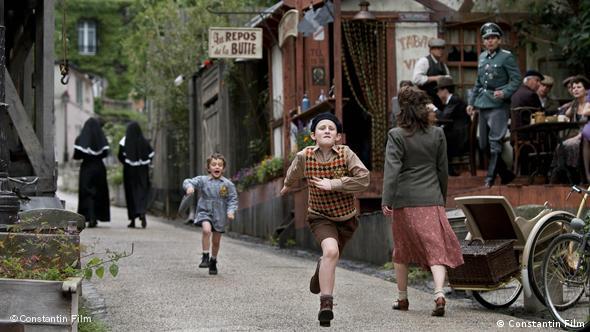 A slap in the face for the Chancellor

She and the other au pairs she knew were doing well in France. It was only when she talked to Serge that she understood that this was astonishing after everything the Nazis had done: "It was natural, I would say, the preparation for getting involved when Kurt Georg Kiesinger, Nazi propagandist, became Chancellor in 1966 . "

The Klarsfelds could hardly believe it: a loyal official in the National Socialist Foreign Ministry had become a Christian Democratic Chancellor. In Germany there were individual protests, for example by Günter Grass. Beate Klarsfeld remembers that there was no big outcry: "In political German society, that was a wall that faced us!" 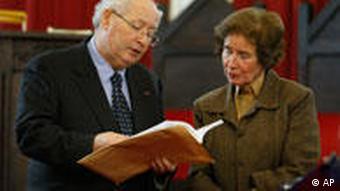 On April 2, 1968, she went to Bonn to see the Bundestag. When Kiesinger appeared, she cursed him from the audience as a Nazi until she was dragged out. She had already lost her job at the Franco-German Youth Office because of critical articles about the Chancellor. But she continued. On November 7, 1968, she stormed the stage at the CDU party congress and slapped Kiesinger. She shouted "Nazi, step back!" The wall of silence was broken, the Federal Republic could no longer look away. Over time, the judiciary also saw itself compelled to pursue Nazi criminals more closely than before.

In France at that time there was still no awareness of the complicity of their own people in the Holocaust. After the war, President Charles de Gaulle spread the image of a nation that had remained "clean" and had put up bitter resistance against the Germans. It was part of the story, no doubt, but only part. On the other hand, leading French politicians and police officers had diligently helped the occupiers - above all the Prime Minister of the unoccupied part of France, Pierre Laval. Without this help, the German occupiers would hardly have been able to organize the mass deportation of French Jews.

But hardly anyone in France wanted to talk about it - until Serge Klarsfeld found serious factual errors in school books. By the 1990s, his wife remembers, the children in France had learned that only Germans would have kidnapped Jews. The history books have been rewritten. It was not until 1995 that the then President Jacques Chirac confessed to French complicity in the deportation.