Can fish see or feel the water?

What a stupid thing! Why we underestimate fish

It's one of the most popular myths about fish: the three-second memory. Even if the aquarium is small and cramped, the goldfish will not mind. He happily swims his laps - and by the time he has completed the first lap, he has already forgotten where he is. It's a new adventure every time for this little dumbass.

But this myth is wrong. Scientists have found that goldfish can remember up to five months back. Other fish species such as carp have an even longer memory span. You avoid a particular fishing lure for three years after you fall for it.

The supposedly short memory is only one of many misunderstandings about fish. The underwater creatures can do a lot more than we think. Researchers are only just beginning to understand how intelligent and social fish actually are.

Fish could use a PR campaign, because they just can't get rid of their image as stupid, googly-eyed animals.

The animal behavior researcher Jonathan Balcombe has made it his job to polish up the bad reputation of the fish. "Fish don't get as much compassion from us as other animals," Balcombe told DW. The reason: "We can't see them, we don't share the same world. And they are not part of our lives - unless they end up on our plate."

In his book "What a Fish Knows" he refutes myths about fish and reveals what they can do, how they do it and why. Scientific studies have shown that fish recognize each other. You can even learn to identify people's faces. Many species of fish are very social. They live in groups, go hunting together and have their backs free in dangerous areas.

And yes, that too: Pisces feel pain - both physically and mentally. If you put them in a bucket that is only filled with a few centimeters of water, their cortisone level shows after half an hour that they are stressed - hardly surprising.

Fish also know how to relieve pain. Scientists have dissolved pain medication in a spot in the water that fish normally avoid. Suddenly a lot of fish swam into this corner. 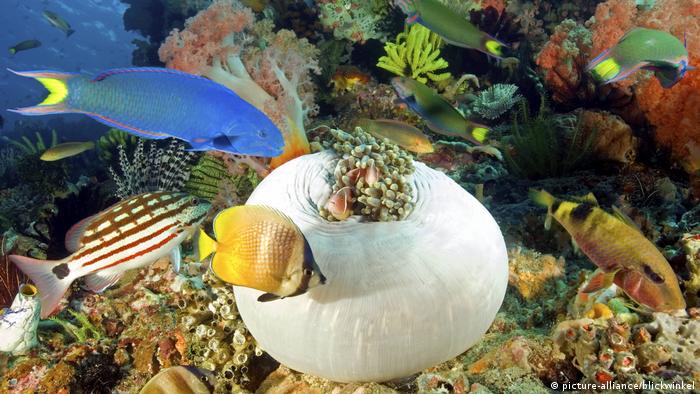 The underwater world is a completely different world for us humans

It's groundbreaking, says Balcombe. But they are also controversial. "We don't want to admit that fish are sensitive to pain. If we knew they were suffering, we'd have to question fishing," he argues. "It's uncomfortable, but we have to get used to the new knowledge."

Some have already recognized that there is a lot more going on in fishing than long thought. One of them is Douglas Waley. He works for the animal welfare organization Eurogroup for Animals. He's, simply put, a fish lobbyist.

And someone like that is urgently needed, Waley told DW. "Several trillion fish are caught or raised in fish farms every year - but hardly anyone cares whether they are doing well."

In the early 2000s there were a number of new animal welfare regulations at European level - but fish were ignored. Back then, not much was known about the inner life of fish. Science wasn't ready yet. 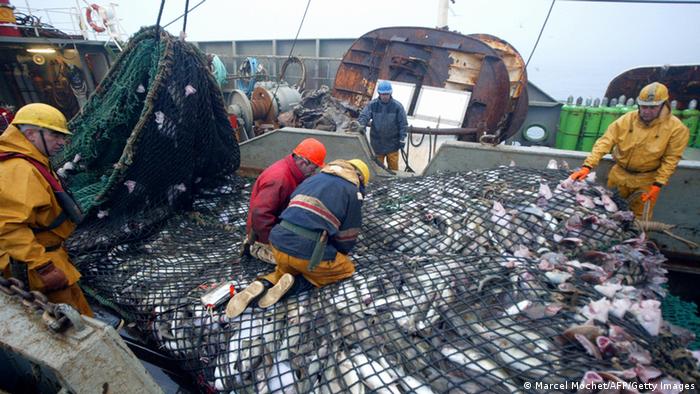 Animal protection laws for fish too

Regulations specify exactly how cows, pigs, chickens and other animals that we eat are to be slaughtered. Such regulations do not apply to the fishing industry. Fish are often caught in large nets and dragged across the sea for hours before they are dumped on the ship and suffocate.

But now that it is known that fish are in pain, this method is considered cruel, say many experts. Fish lobbyists like Waley are therefore campaigning for new international regulations. "Fish should be caught quickly on a fishing line and stunned and killed immediately," he says. This already applies to recreational anglers in Germany.

It could be years before international laws are adapted accordingly. How fast it goes also depends on how hard the population demands it. So far there has been little public support for such a project. It is simply difficult for people to identify with the scaly animals, says Waley: "Fish have no fur, they are not cuddly. And because they live under water, we can only visit them rarely and briefly."

The fish lobbyist still thinks that fish deserve our love and attention - just like all other animals.