What is a megacity?

According to the definition of the United Nations, a megacity is a city with more than 10 million inhabitants. Otherwise one finds threshold values ​​between 5 and 8 million. To make matters worse, a city is often mistaken for a metropolitan region. For example, the area known as "Metro Manila" has around 13 million inhabitants and is often referred to as a megacity. However, the actual city of Manila has less than 2 million inhabitants.

Our ranking shows the population of the actual cities with more than 5 million inhabitants. So neither combined metropolitan regions nor overarching administrative districts.

The above statistics show the official figures in each case. In China in particular, these may seem a bit unfair, as large cities are disproportionately "constructed" here. Usually cities grow and shrink through natural urbanization. Often - especially in China - cities are merged through political decisions that used to be next to each other and existed separately. This creates a common structure under local law with standardized administration, which from a political point of view leads to a city. Since these Chinese "cities" can contain not only city districts, but also other cities and administrative districts, they are more comparable to what is referred to in Germany as a district or administrative district. 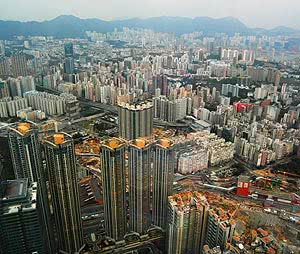 The Chinese government is currently planning to merge the already largest megacity Shanghai with 8 surrounding cities and to create the planned city "Jing-Jin-Ji" with 130 million inhabitants. Another super city with a planned population of 40 million is to be built by 2030 on the Pearl River Delta north of Hong Kong around the current cities of Shenzhen and Guangzhou. This corresponds to half the population of Germany in an area like that of Lower Saxony.

According to current plans, there should be over 200 planned cities with over 1 million inhabitants across the country by 2025. 8 of them with more than 10 million.

Data as a CSV file

You can also get a list of all cities with more than 1 million inhabitants as a CSV file in the download area.
<?