Where do grapes grow naturally?

When new life awakens: spring in the vineyard

There is no trace of spring fatigue in the vineyard. Even the winemaker cannot complain of boredom, as wine lover Sven Reinbold knows in his second part about the work in the vineyard.

According to a well-known folk song, the farmer repairs his fields and meadows in March. This of course also applies to the winegrower and his vineyards. By pruning the vines back in February, he determined which canes and eyes would produce the New Year's grapes. As described in the first part of the small series about the work in the vineyard, the winemaker determines in this way how many shoots the vine develops, on which the grapes will later grow. 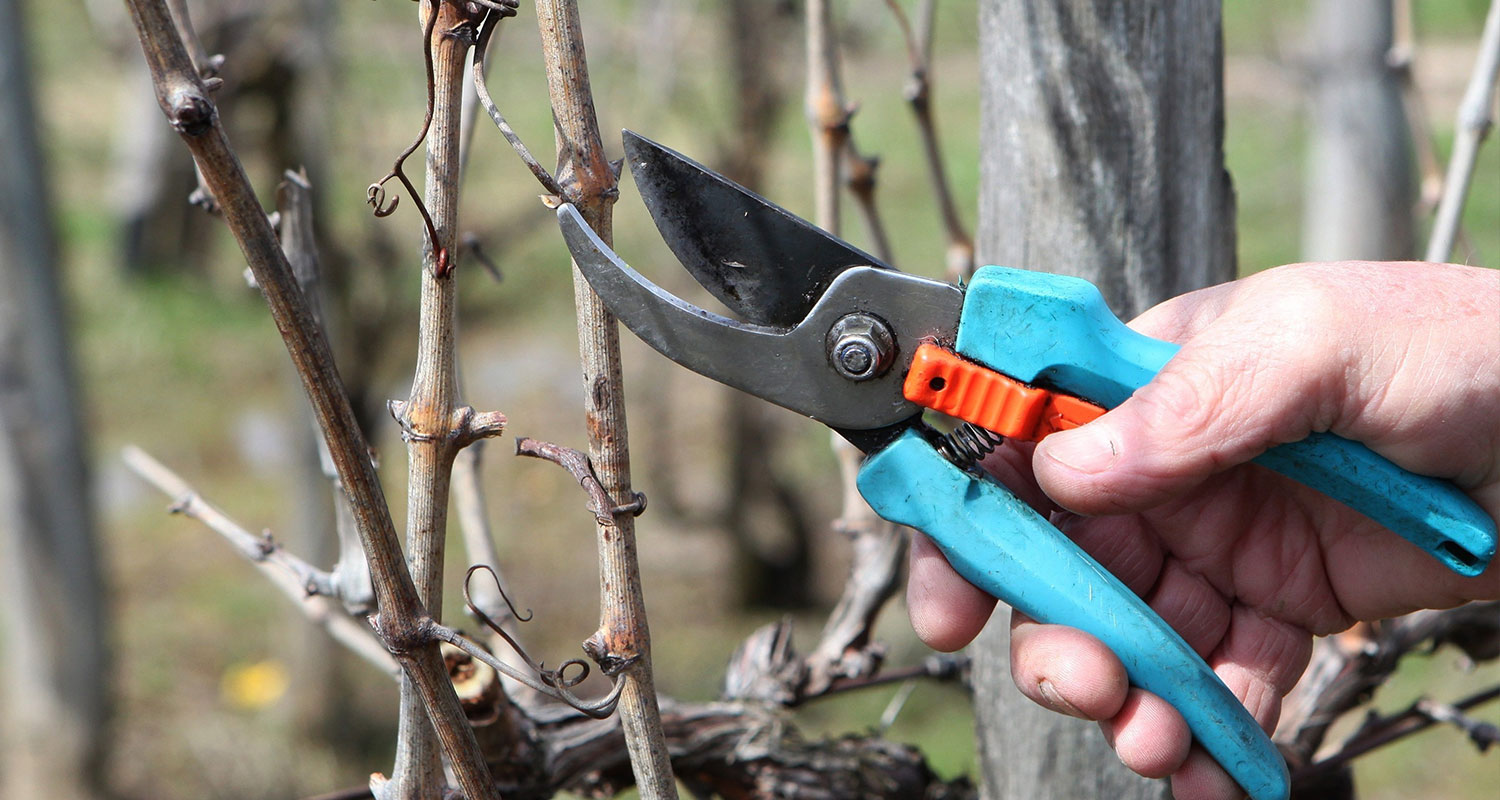 As soon as the temperatures rise again and they signal to the plant that growth is about to start, the first thing the roots will do is to hibernate and begin again to transport juice and strength into the trunk. What happens now is what the winemakers call "bleeding" because a special secretion escapes from the cut surfaces of the fruit canes. For them it is the clear sign that things are starting again in the vineyard. The secretion that emerges is a mixture of water, salts and nitrogen as well as sugar. When the sun falls on the vineyards these days, it sparkles a thousand times thanks to the small, watery droplets.

The secretion has a disinfecting effect and protects the cut surface on the shoots from infections. So the bleeding vine takes care of wounds. And this healing effect does not only apply to the vine: Hildegard von Bingen recommended this first grape juice as a remedy for skin diseases. 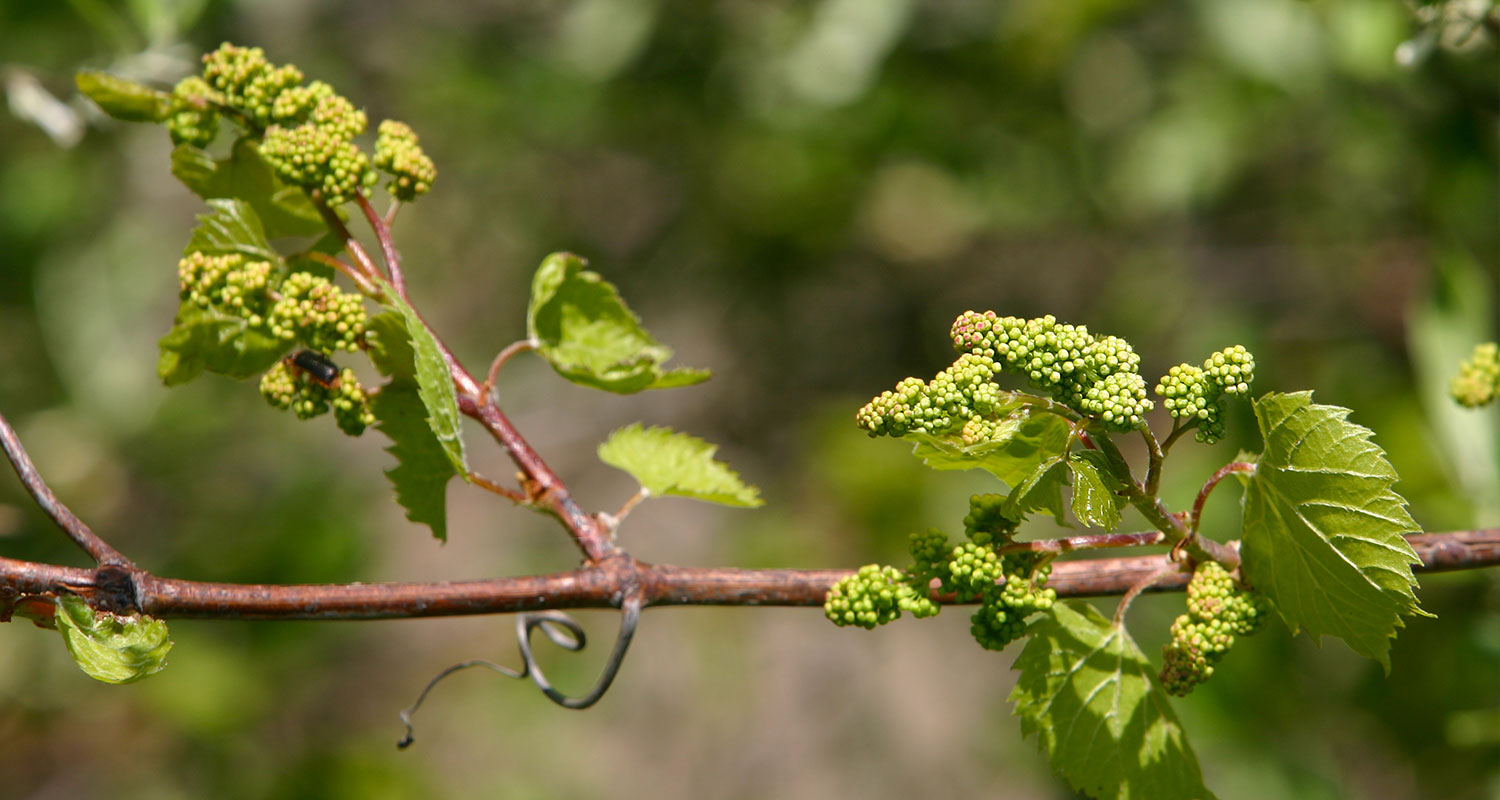 Caution: danger of frost: alarm condition in the vineyard

The starting shot for plant growth is at the same time the admonishing reminder to the winegrower to double-check that the wires and pillars that will later support the vines and grapes are intact. Because now - around March - everything is going very quickly. Soon the buds will produce the first green and only a little later - usually in April - the beginnings of the later fruit clusters will appear. The winemakers call these miniature grapes “grape notes”.

However, this phase is also a very sensitive one. If there is now a severe frost, the buds and shoots freeze to death or even the whole vine is damaged. If the plants lose their young shoots, this can mean a total harvest failure for the winemaker - many months before the harvest is even due. The years 2016 and 2017 in particular were rich in such nasty surprises for winemakers and vines, which explains the significantly lower harvest volume in Europe.

The winegrowers tried it with large fans that swirl the air so that the ground frost does not settle. They wanted to fight off the frost with many small fires in the vineyard and even with the use of helicopters. But unfortunately this does not always succeed and many winemakers cannot afford this effort in the first place. So in these latitudes you can actually only let out a binding sigh of relief with the ice saints in mid-May. 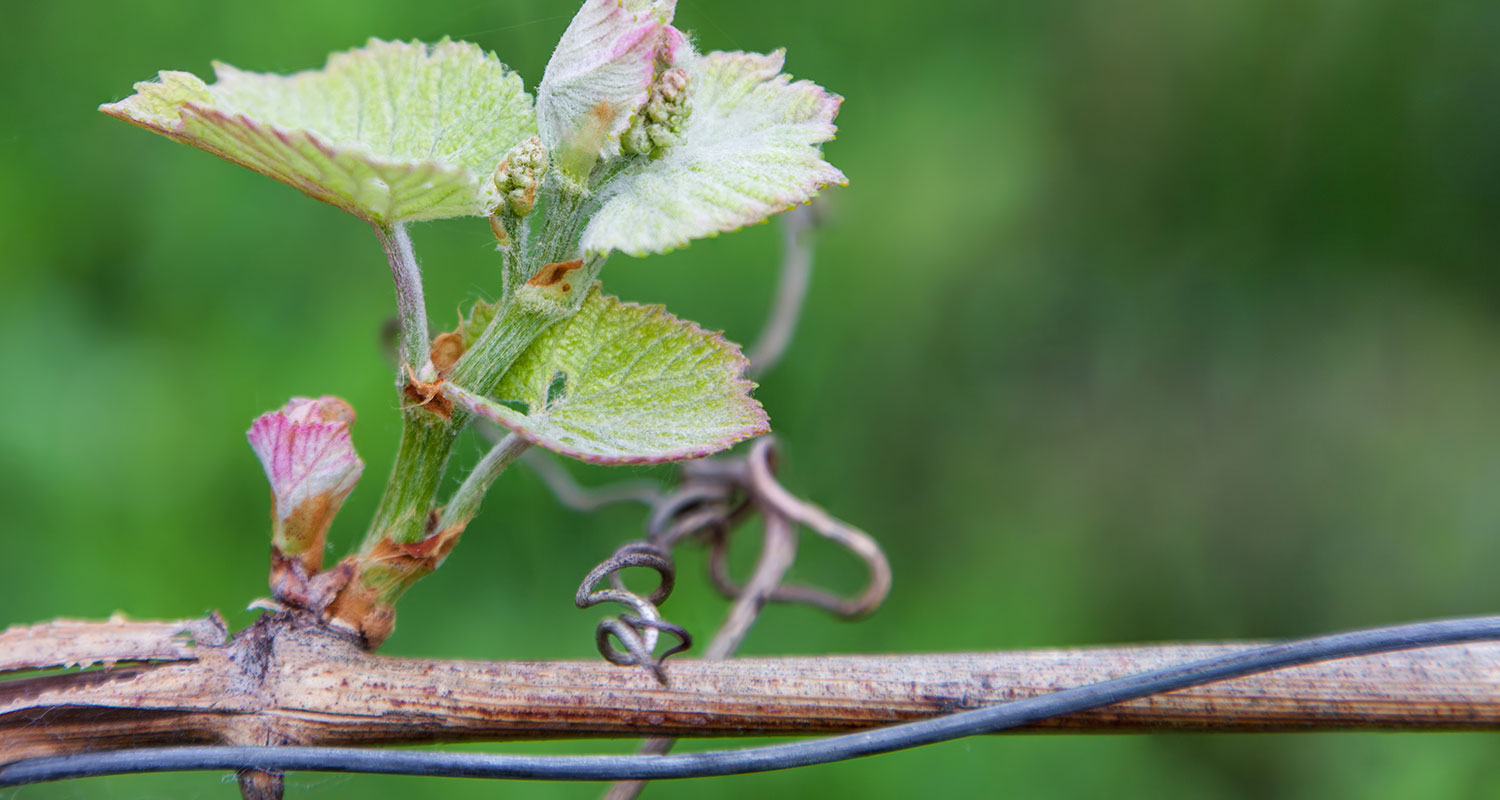 No boredom in the vineyard: from budding to breaking out

When the first leaf green pops up from the buds and the grape notes grow, the winemaker speaks of budding. For too long, however, he must not enjoy the unique sight that awakening life creates in the vineyard. The soil still needs to be worked to ensure the best possible supply of the vines with nutrients and, above all, it is a matter of “training” the vines and their new shoots. And there is a certain urgency to do this. Vine training refers to various methods of controlling the growth of foliage and grapes. To do this, the shoots are tied to wires or stakes in order to optimally turn the leaves towards the sun and protect the grapes.

So far, the vine has lived on its reserves in the trunk. As soon as the vine leaves produce new energy from sunlight, the growth of the plant increases again. Therefore it is important to control the urges and eyes in good time. Sometimes two shoots grow out of some buds: the winegrower has to “break out” one so that the strength is concentrated on just one. The later this happens, the more the vine is "injured" and weakened.

Next, the winemaker makes sure that the shoots are not too close and that they are growing in the right direction. Shoots that lean towards the ground are also removed. This work also controls the further development of the leaves. The leaves should be distributed as best as possible in order to get the most energy out of the sun's rays. How the instincts are guided depends largely on the educational system used. 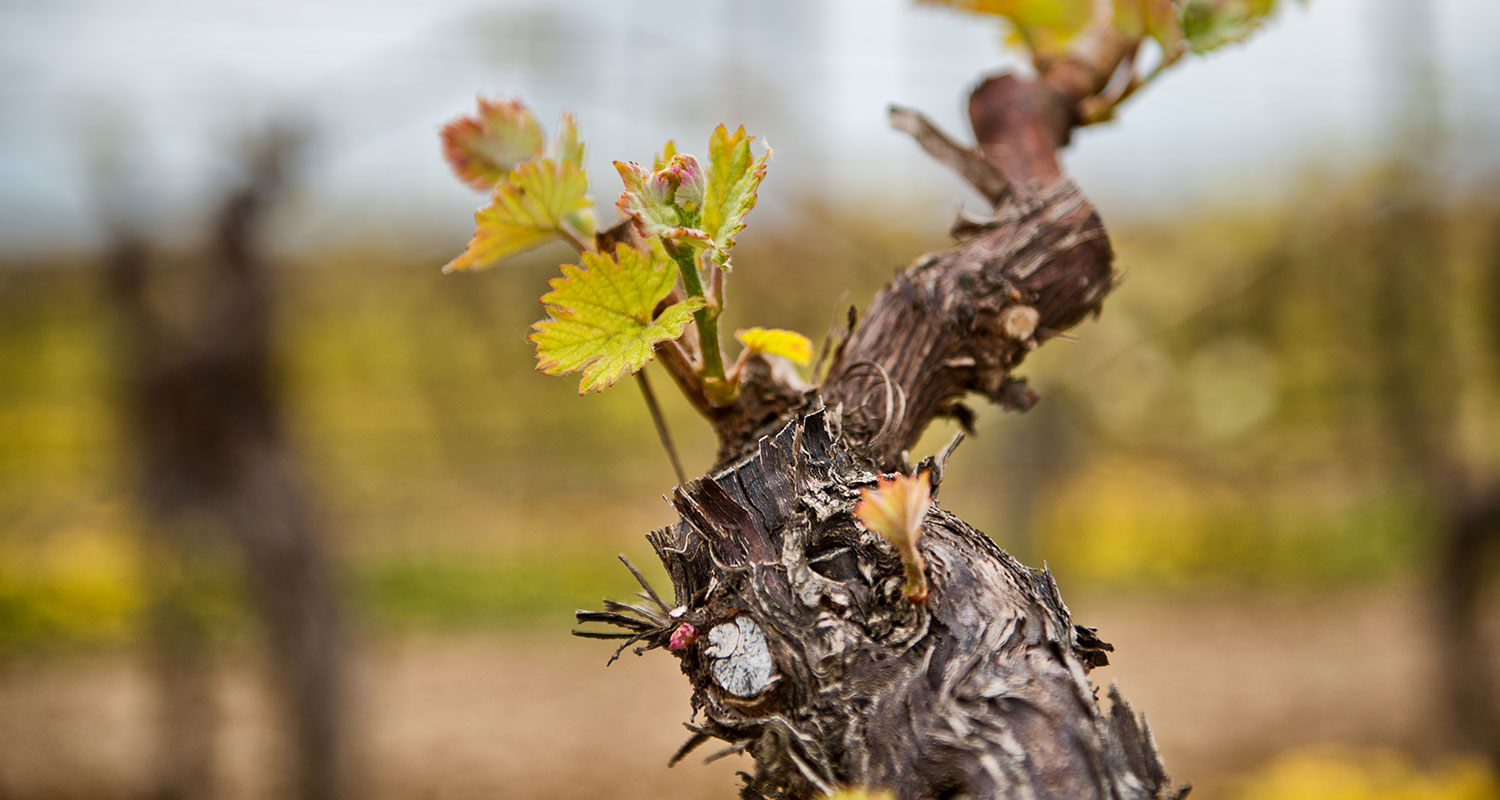 The trunk of the vine is also examined separately again in order to prevent outgrowths in the actual sense of the word. The winegrower removes all shoots that do not serve to develop the grapes. In the case of wine, only the new shoots that stand on older shoots bear fruit. The older shoots themselves lignify without fruiting. The cleaning of the trunks, as the winemaker calls it, also helps to concentrate all strength on the shoots that carry the grapes.

It is now May and the vineyards are about to bloom. During this time, however, no insects are needed to ensure fertilization. Wine is self-fertilizing, so a little wind is enough. But please not too much wind, if possible also no rain or extreme temperatures. The inconspicuous vine blossoms that emerge from the matter are, in fact, extremely sensitive. If the flowers are lost and are less fertilized, fewer grapes will grow. Significantly, this loss of the flowers is called "trickling" in viticulture.

In the months leading up to the harvest, the winemaker follows the growth of the grapes with full attention. It is important to protect them from pests and diseases, to get them through the drought and the summer hail. The third part of the series is devoted in detail to this hot season in the vineyard.

Wine lover Sven Reinbold explains to us what else is going on in the vineyard throughout the year in these articles:

Winter in the vineyard

Summer in the vineyard

Autumn in the vineyard