Is it worth restoring a sunken yacht

In the 1939 regatta season, the Jenetta was the only one able to beat the fast racing yacht Vim. But then the yacht degenerated - and it even sank in a lake in Canada. The Flensburg shipyard Robbe & Berking has now restored the ship according to the original plans. She will be leaving the shipyard shortly and will face her old opponent again in a few weeks.

The 12-person fleet on the Baltic Sea is growing: after several years of work, the Flensburg shipyard Robbe & Berking has restored the Jenetta. The yacht was designed for regattas and was considered one of the fastest 12 mR yachts in its - albeit short active - time. This summer she will compete in races again, for the first time probably on the last weekend in May.

Only lead keel and fittings reused

Shipyard owner Oliver Berking discovered the Jenetta a good ten years ago on Pitt Lake near Vancouver in Canada, where it was rotting away. He decided to buy the boat. But while he was negotiating a purchase, it sank - on Christmas Day of 2008, of all things. During an unsuccessful recovery maneuver in the following year, the already badly battered hull was damaged even more, so that the Berking shipyard had no other choice. than to completely rebuild the Jenetta. 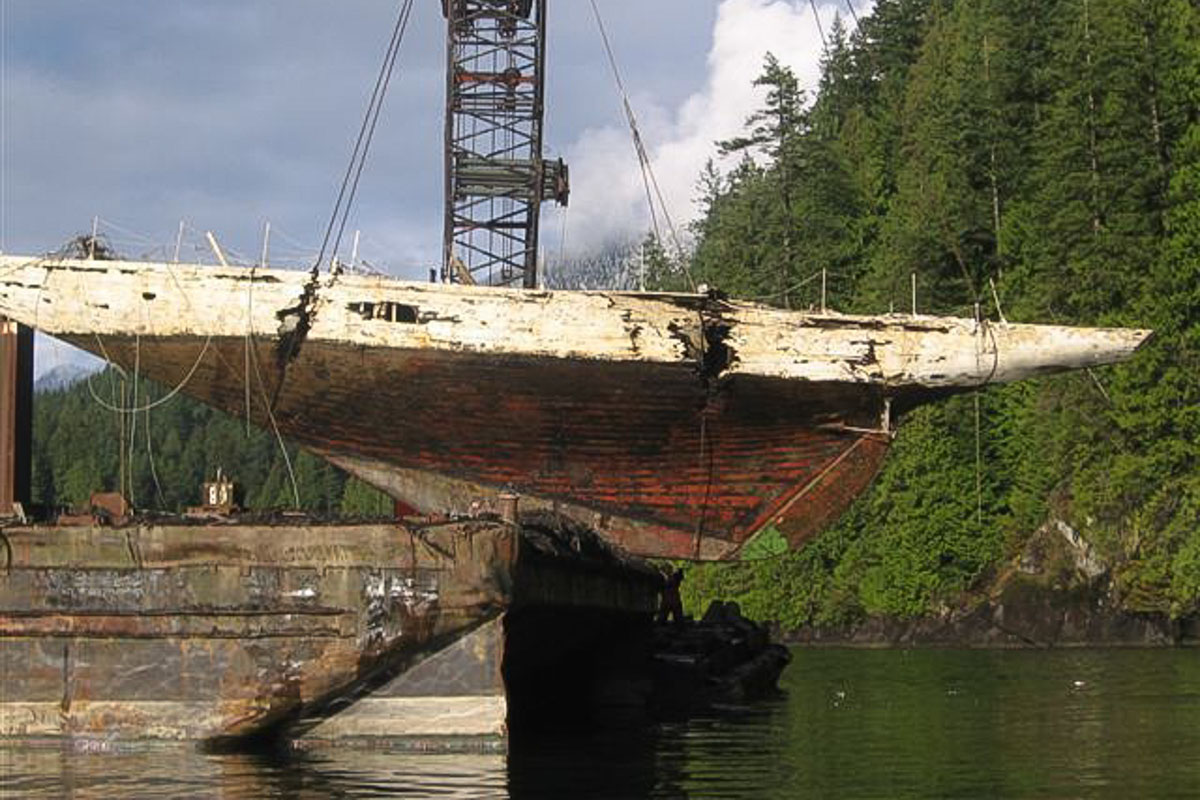 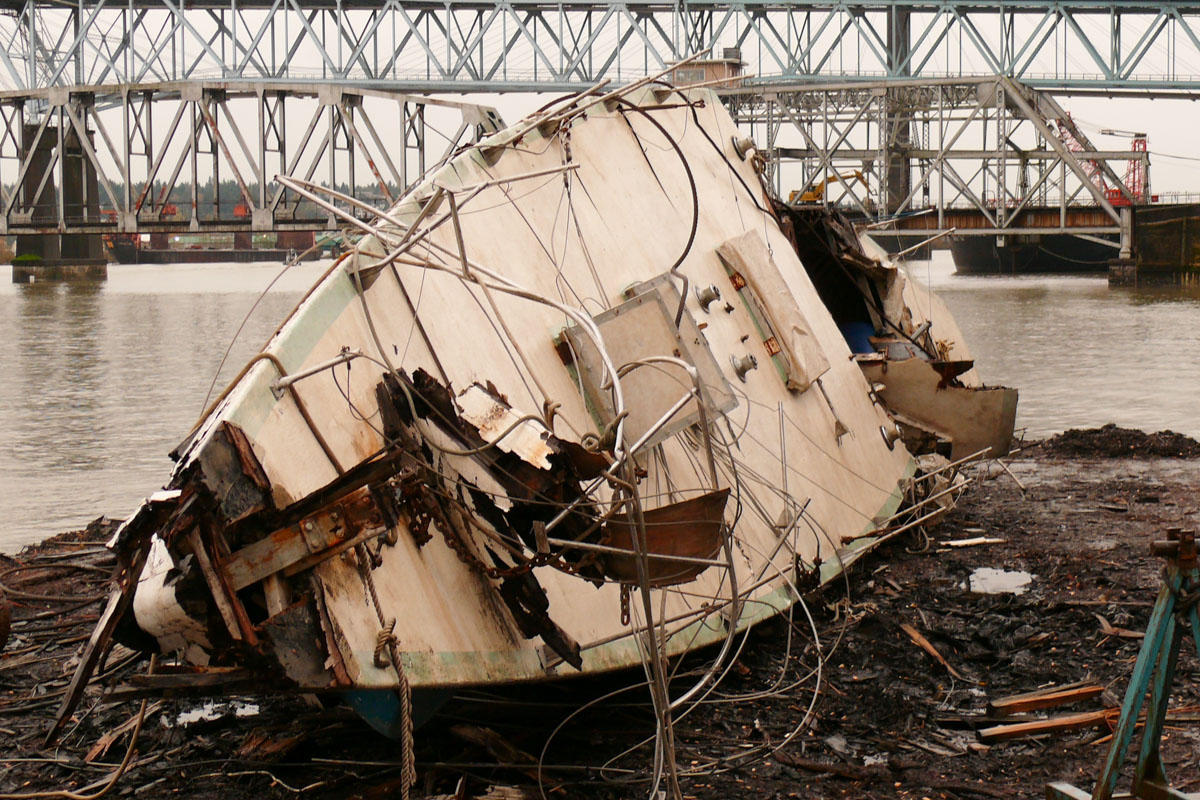 near Vancouver in Canada © Robbe Berking

Only the lead keel and some fittings could be used again. Wooden planks and steel frames were no longer usable. They were newly created according to the original plans of the Scottish yacht designer Alfred Mylne. The boat builders from Flensburg were able to fall back on these plans, as their company Mylne Classic Yacht Design still exists.

The Jenetta was built in 1939 for the British businessman Sir William Burton at a shipyard in Scotland. At 21.70 meters, it is the longest 12er ever built and therefore - length runs! - one of the fastest. This is possible because the boat belongs to a meter class. A racing value is determined according to a certain formula - in this case 12. Various hull dimensions such as length, width and draft as well as the sail area are included in the formula. The first meter formula was established in 1907 and later modified twice. The Jenetta is a 3rd rule 12mR. 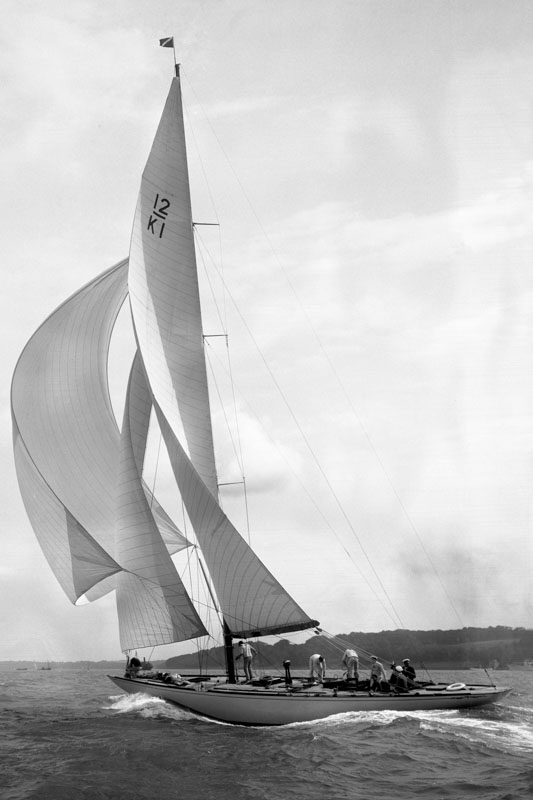 The crack from the pen © Beken of Cowes 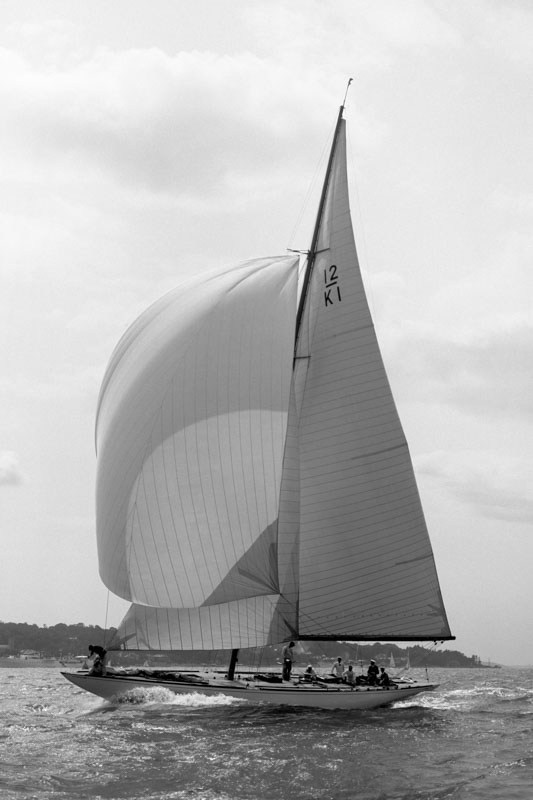 Burton, who had gotten rich on sugar, was a passionate regatta sailor. Through his business he met the tea merchant Thomas Lipton. As a like-minded person, Lipton left Burton at the helm of his yacht Shamrock IV at the America’s Cup in 1920. It was the narrowest of Lipton's defeats for the bottomless pitcher at 2: 3. 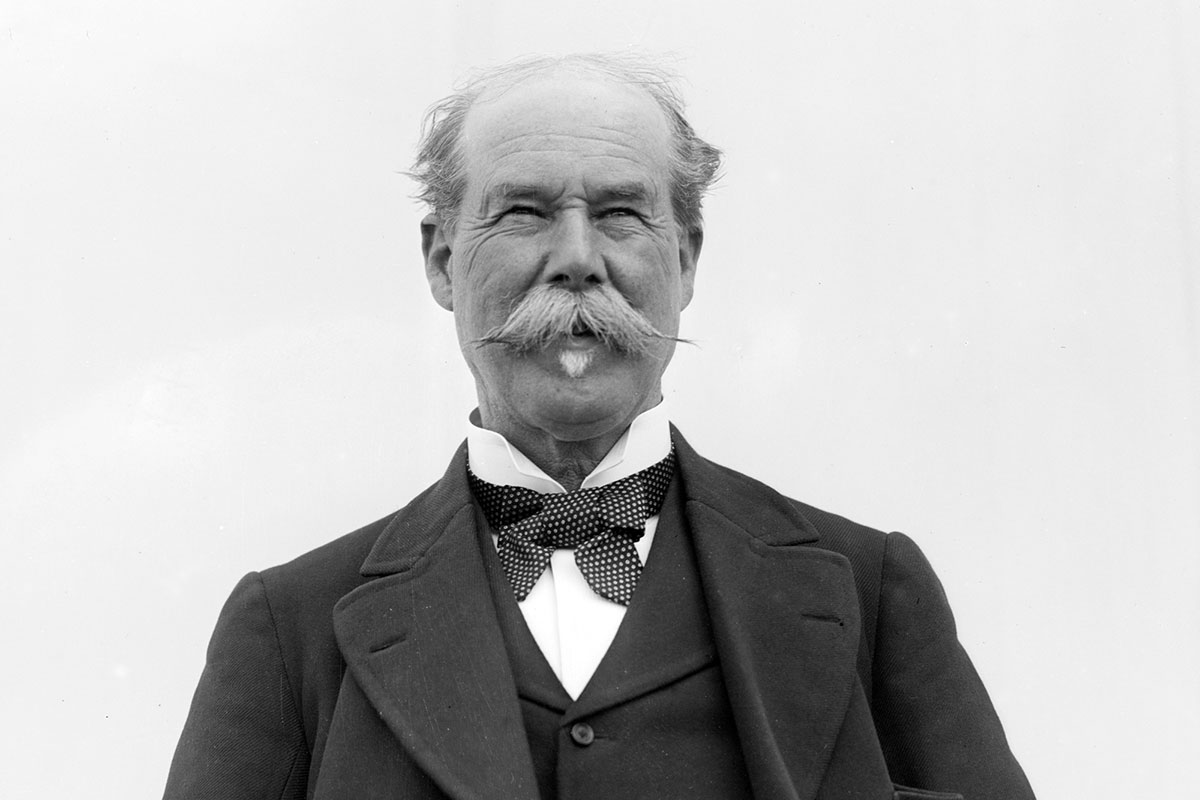 After the America’s Cup, which at that time was still held with the gigantic J-Class yachts, Burton turned to the meter yachts. His first 12 series was the Noreska drawn by Johan Anker in 1924. Jenetta was already number 4. However, Burton had little opportunity to enjoy the performance of this yacht in regattas: On the one hand, its age was noticeable: it was already 75 when Jenetta's launch. On the other hand, the War over. But at least Jenetta was the only yacht that managed to defeat the Vim that year, which was otherwise unbeatable that season.

Winding paths after the 1950s

After the death of the owner Burton in 1942, the Jenetta came to Canada in the 1950s. What happened to the sailing yacht in the following decades can no longer be traced. In any case, it lay on Pitt Lake from 1985 until it sank into it on Christmas Day 2008 and silver manufacturer Berking finally had it brought back to Europe.

After several years of work, the new 12 was created. The shipyard had already gained the necessary experience with the restoration of the Sphinx and the construction of the siesta according to plans by Anker. At the time, the yacht designer was no longer able to realize his design no. 434 himself because of the Second World War.

This spring, the Jenetta will be back in the water and will in future take part in the various 12-man regattas that are held every year on the Baltic Sea. She will meet her old opponent again, the Vim. 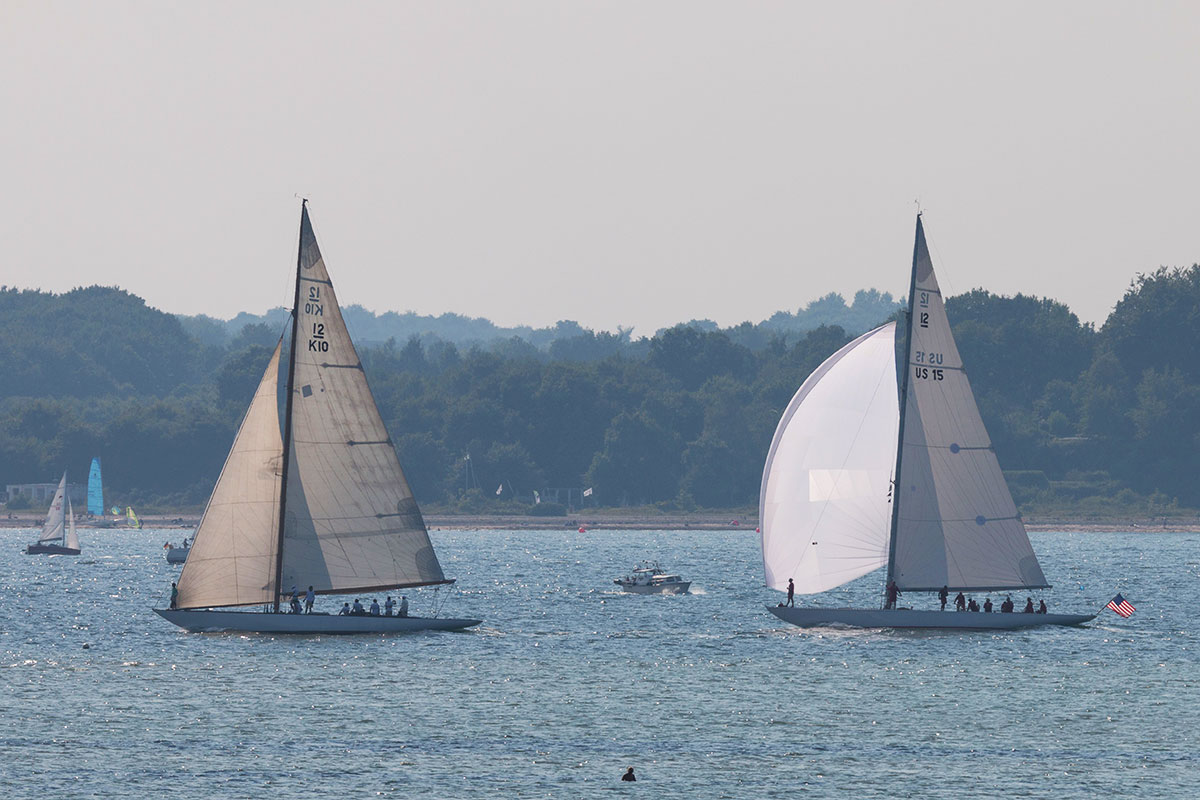 Another 12er should strengthen the Baltic Fleet this year: A community of owners from Lübeck bought the Varuna, built in 1909, and will bring it from the Mediterranean to the Baltic Sea. Alongside Heti and Cintra, the Varuna is the third gaff-rigged First Rule 12 mR that is still sailing. However, it currently does not look as if the Varuna will still be used on the Baltic Sea this year.