Alsterkind - News for parents and children in and around Hamburg 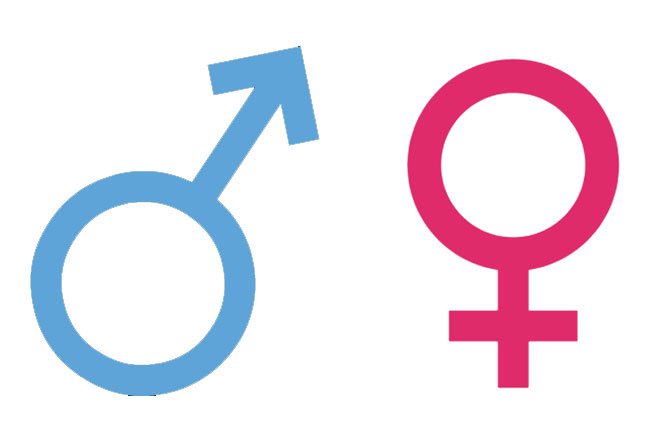 By the time of birth at the latest, it is usually clear: boy or girl. A few more boys than girls are born worldwide. Nature dictates gender - but who decides what is typically male and what is female?

After birth, the boy gets a light blue name bracelet, the girl one in pink. According to German law, the naming also requires a clear assignment to a gender. And so it continues throughout childhood: in advertising, girls play with dolls, boys with cars. At the kindergarten carnival, cowboys, pirates, princesses and squaws run around. Where does this distribution of roles come from? What is actually innate, what is educated and what is socially conditioned?
We do the gender check.

Asked about the little ones:

This is what boys say about girls

Levin, 6 years:
“It is typical of girls that they like things that I don't like. Hello Kitty, for example, or Barbie. My friends and I much prefer to play dinosaurs. Either with figures or we are the dinosaurs ourselves. "
.
.
.
.

Piet, 8 years:
“The girls in my class always play horses and love pink. Girls are always neat and quiet, have long hair. Girls don't like to play football during the break. "
.
.
.
.

Hannes, 11 years:
“Some girls care about being pretty. They take a lot longer for their hair and clothes. Plus, girls do more nonsense than boys. The guys in my class like to fight for it and talk about expensive cars. "
.
.
.

That's what girls say about boys

Frida, 7 years:
“It is typical for boys that they want to be cool and that most of the time they are not pink. Girls often like princesses, unicorns, and horses. But I'm more for dinosaurs! "
.
.
.

Charlotte, 10 years:
“When guys argue, they usually fight directly. And most of the boys play soccer during the breaks. Although, lately they have been playing with us too, for example robbers and gendarmes. Or we girls also play with soccer. Boys say that it is typical for girls to dress chic. But that's actually not true at all. "
.
.
.

Sydney, 11 years:
“Football is a typical boy. Although I think girls can play that too. For me, riding is a typical girl. Very few guys do that. It is typical for girls that they are bitchier. Guys deal with this more by fighting. "

A lot of things used to be surprisingly different

A hundred years ago, pink was a boy color. The reason: Back then, pink was considered "the little red" and red stood for blood and struggle - and thus for masculinity. By contrast, girls' color was blue around the 19th century, because the Virgin Mary often wore blue on old pictures in the church.

Before the invention of the automobile, horses were very masculine. Riding was considered masculine, wild, fast. As soon as there were cars, horses were no longer so special. Cars became male, horses remained for girls.

Scientists agree: the differences between the sexes are a complex interplay of genetic predisposition and the influences of our environment. In addition to the clear physical characteristics, upbringing, media, role models, social norms and values, identifications and traditions also play a different gender-related role in everyday life.

... the growth of girls ends earlier, around the age of 16, while boys can continue to grow until they are 19.

... girls usually reach puberty earlier and consequently also have the growth spurt that is typical for this age.

... the life expectancy of newborn girls in Germany at 81.7 years is higher than that of newborn boys at 76.2 years. Overall, boys have a poorer health constitution than girls in early childhood.

... girls deal a lot with their appearance and figure during puberty and compare themselves with media-conveyed ideals of beauty. Of the 14 to 17 year old adolescents, 25% of the girls feel too fat and 7% too thin. Eating disorders are most common in girls, especially during puberty.

... boys dedicate themselves more to physical fitness with increasing age. Of the 14 to 17 year old adolescents, 12% of the boys feel too fat and 13% too thin. It is noticeable that eating disorders are increasing in young men. So far, an estimated 15% of all those affected are male.

... in childhood accidents represent the greatest danger to the life of children and that girls are less affected by them than boys. The higher risk of accidents for boys is explained, among other things, by their gender-specific risk behavior.

With an average of 150 babies a year, doctors cannot tell clearly whether they are male or female. Therefore, the Federal Constitutional Court decided in 2017 to include a third gender in the German birth register. In addition to "male" and "female", there is also "diverse" to choose from on official forms in order to help the 80,000-120,000 intersex people in Germany to achieve a legal category beyond men and women. Everything that deviates from the characteristics of the male or female sex is subsumed under intersex. There are intersex people who are missing a second chromosome, but also people who have an XY chromosome pair, whose genes are male, but who still develop female sexual organs. Others have female reproductive organs, but hormone production is the same as that of a man. And still others have both male and female genitals. The assignment to the new third gender is based on purely biological criteria.

Despite all efforts, most parents remain true to traditional role models. Girls are called "princess", "angel", "doll" in a soft voice, boys in deep bass are called "big one", "tiger", "Indian". And the upbringing sayings from grandmother's time also urge the children into clearly defined behaviors.

Nothing changes in the classic career aspirations!

Even the annual "Girls & Boys Days" do not change much: the typical male and female professions still exist. Female masons are rare and male educators are absent. Only in a few professions does gender hardly play a role.