What is depth psychology 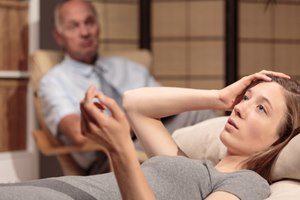 In addition to physical illnesses, psychological or emotional complaints also play a major role in the present. In the course of the increasingly demanding everyday life, more and more patients suffer from emotional stress.

These can be alleviated or even completely eliminated through deep psychological treatment. In this guide we provide you with comprehensive information on the subject of depth psychology. Find out below, among other things, what exactly defines depth psychology, when it can help, which procedures are used and which risks there are.

What exactly is depth psychology?

If one speaks of the psyche of a personality, then everyone is there intellectual and mental abilities as well as all unconscious and conscious processes. The formulation intellectual, which is derived from the noun intellect, describes the faculty, means cognitive To gain knowledge about certain processes. cognition is another name for that Think.

Thinking equates to the potential prerequisites for processing information from the environment. In view of these fundamentals, depth psychology can initially be explained as an umbrella term. This summarizes all psychotherapeutic, psychoanalytic and psychological areas of knowledge of the unconscious mental phenomena, which represent the basis for human experience and behavior.

For the medically inexperienced layperson, this explanation may sound quite complicated. The following text will provide more clarity on this topic. The word “depth psychology” covers all unconscious events that are tied to the deeper areas of the psyche. These processes influence the conscious mental existence. The depth psychology is a therefore as a subfield of the psychology (doctrine or knowledge of the soul).

Together with psychology, depth psychology was born towards the end of the 19th century. This form of treatment was mostly shaped and developed by Sigmund Freud. He used psychoanalysis for this and formulated the specific contexts that are binding in depth psychology to this day.

A characteristic expression for this is the so-called “setting”, in which the patient lies on the couch and the practitioner sits at the head end. Nowadays, in a slightly modified form, the therapist is again in a sitting position opposite the patient or client. Eye contact is mandatory.

Other comrades-in-arms in this area were Carl Gustav Jung (Analytical Psychology) and Alfred Adler (Individual psychology).

A depth psychological treatment works to the effect that the triggers for the presence of mental illnesses or problems are to be found in experiences that have already been made in the past.

Primary are memories and impressions that arose during childhood. Scientific studies have shown that a person is decisively shaped in childhood in particular. These influences have a massive impact on development.

In “uncovering” depth psychology, it is important to update long-forgotten memories and experiences. It is assumed that patients with an anxiety disorder, mania, schizophrenia or depression do not develop these pathological (morbid) states by chance. Only when “bad data” from the past is saved in the internal “software” do such anomalies arise.

Will this information After “booting up” the memories are deleted from the inner “hard drive” or at least the person concerned is aware, then relief can occur. Meanwhile, the therapist acts as a detective.

The aim of depth psychology is to bring impressions from early life to light. After the patient's memory performance, psychologists can work on these facts together with those affected. The desired learning effect is a better, healthy handling of these aspects. This in turn makes it easier to deal with certain stressful living conditions.

The focus of the therapy based on depth psychology is on repressed feelings and conflicts that have been experienced once or several times.

Particularly clear examples for these aspects are:

In addition, both techniques are paid for by statutory health insurances. This happens because of the enormous effectiveness for a wide variety of medical indications.

The depth psychological procedures include in detail:

Psychotherapy based on depth psychology and analytical psychotherapy are summarized as psychoanalysis according to the principles of Freud.

Implementation and functioning of depth psychology

Depth psychology is based on several foundations. Almost all of them involve different levels. Psychotherapy based on depth psychology as a procedure uses the concepts of classical psychoanalysis. The practitioner tries to make the patient aware of unconscious conflicts or difficult-to-manage situations.

In this context, the focus is on current problems. The focus of the therapeutic activity is the one-to-one conversation between the patient and the psychologist. The average duration of such treatment is between one and two years. 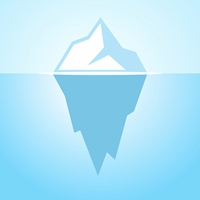 The active principle of psychotherapy based on depth psychology, which applies to both adults and children, is the uncovering of unconscious processes that are hidden deep in the soul. Once these processes are uncovered, targeted treatment can take place.

During the discussions, topical issues that are very stressful for the patient are addressed. The psychotherapist has a supportive, conversational position. This is intended to promote the recognition of ways of thinking and behaving that the patient is not aware of or not previously known.

New solutions to problems are worked out and old settings are thought through and stored as far as possible. This often gives patients a completely new perspective on their current living conditions.

Emotional suffering causes a person to be constrained. It restricts the person concerned in their ability to experience, in their emotional world and in their joie de vivre. Yes, it can even drive a person into self-destruction and suicide.

The meetings are arranged once a week. In order to avoid overwhelming the patient, a therapy session does not last longer than 50 minutes. Approximately 60 to 100 hour units are ideal. Objectives can be discussed orally or set down in writing.

A great advantage of therapy based on depth psychology is that it can be easily combined with other scientifically based therapeutic methods such as relaxation and suggestive techniques, short-term therapy and analytical psychotherapy.

In summary, it can be said that the mentally ill patients are guided, practiced and hardened, as well as strengthened, confirmed and supported by the psychotherapists in a revealing and awareness-raising manner. This happens, among other things, in combination with a certain amount of suggestion through the introduction of hypnotherapeutic services.

In order to achieve the therapy goal, a so-called therapy contract is agreed between the patient and the psychologist. This includes, for example, formal points such as completing "homework", good preparation for the meeting, no unexcused absence and punctuality.

The specified contract content is expanded to include content such as the description of the problems, dreams, emotions or feelings as well as the thoughts, fears and wishes of the person concerned. That is synonymous with openness.

For many patients, depth psychology is an enormous emotional relief because they can exchange ideas with an interested listener and advisor. Self-destructive behaviors can often be erased after the first appointment.

The patients are accepted as they are. The majority of those treated benefit from the sessions and draw real solutions from them for their lives and for their personality. The patients are led to independence, social competence and autonomy in their everyday life. They act independently again and according to their individual ideas.

This means an enormous improvement in the quality of life and relationships with those around you. As a rule, the goals implemented in therapy are long-term because they usually trigger an actual change in the person.

Before a psychotherapeutic session, the following questions are clarified with regard to diagnostics or disease detection:

Not all of these facts are meaningful if a therapy based on depth psychology or another psychotherapy is to "bear fruit". For example, if a patient comes to the therapist under drugs, a conversation will be very difficult.

If patients arrive for an appointment in a drunk state, no meaningful conversation can take place. If a patient is too skeptical about psychotherapy and does not see any real help in it, then he will most certainly not accept or implement the efforts of the psychologist.

Illnesses of the brain or metabolic diseases can under certain circumstances limit the disposition of a patient so that psychotherapy would only be a torture. The chances of success are also extremely reduced. A rudimentary diagnosis is therefore unavoidable in any case.

It should also be noted that an immediate diagnosis or an established illness is not the only criterion that determines the treatment method. The frequency as well as the duration and the therapeutic procedure must always be tailored to the patient's needs. The disease is therefore not always of primary importance. 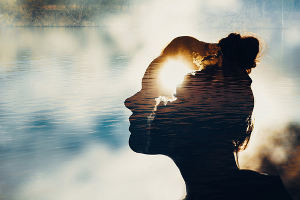 At the end of a deep psychological treatment

Basically, every patient can end or break off therapy himself.

The optimal point in time is when there is a noticeable improvement in health. Furthermore, treatment can be stopped when patients have learned to live better with the symptoms.

However, there is a high probability that every person has a different therapeutic goal that they want to achieve. That is why there is no uniform definition. Although in practice the number of sessions already indicates the end of the therapy, an application for an extension can easily be made to the health insurance company.

Should it become apparent during the depth psychological treatment that medication must be administered, these may only be prescribed by a psychiatrist.

As with all medical treatments, it is precisely with sensitive and in-depth psychotherapies that attack the innermost part of a person that risks and side effects are inevitable. Despite these incidents and the normal human "highs and lows", the success rate in depth psychology is extremely high.

A deterioration in the patient's condition can occur during the sessions in particular. Experience has shown that the reasons for psychotherapeutic therapies are complex. They mix frequently.

Possible causes of failure in psychotherapy

What to look for in the patient:

A coherent “chemistry” between the practitioner and the patient is beneficial for the success of a treatment.

Rare interactions can be caused by the combination of depth psychological treatment with various social or medical influences.

Our conclusion on depth psychology

A depth psychology can be painful and arduous at first. At the end of a treatment, the patients see a liberating effect. You are able to rearrange your life and give it meaning again.

Such treatment is not wasted time, although the sessions with the psychologist are not immediately effective either. Patience with yourself and a chance for depth psychology are guaranteed to be worthwhile.

Please recommend this page or link us:
<?