Why are windows made of glass

What we call windows today had another function for the ancient Germans. They called it "wind eye" and referred to an opening in the upper part of the walls through which smoke could escape from the interior. Light came from the campfire and not through the window. And yet part of this story is still present today: The English word for window, "window", is derived from "wind eye". The window we know has its origin in the Latin "fenestra" and means something like wall opening.

Windows, however, existed long before the Germanic peoples, probably even since people settled down. They have always reflected which functions they should take on for the inhabitants of the caves or houses - and which techniques and materials were already known and could be processed. The Romans were already experimenting with glass, while the Egyptians used animal skins and alabaster, among other things, to close the window openings more or less effectively.

However, it was a few centuries before the stained glass windows spread. It was not until the 12th century that they were used more frequently. Due to the high costs, they were initially only to be seen in churches or the residences of wealthy families, later also in castles. 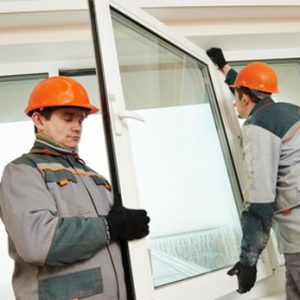 On the way to the "intelligent" window

As a result, the window shapes increased with technical progress. Both the statics and the knowledge of glass production played a major role. Windows had to withstand the strong walls. Over time, it was found that staggered windows ensure a much more stable architecture than those arranged in parallel, one above the other.

In addition, until the 19th century, glass fronts could not be produced in any size: Many windows were therefore assembled from smaller panes of glass. This combination of form and function is particularly evident in the transom windows, for example.

In the past 150 years, the development of window technology finally took off in leaps and bounds. Glass has become almost arbitrarily controllable for the craftsmen, and the materials for building buildings have also become more numerous and varied. In Germany, single or double glazing is now predominant; the windows can usually be opened and also tilted.

The story of the window is far from over: Among other things, research is working on "intelligent" models that automatically ventilate in an unfavorable room climate and shade themselves if the sun is too strong.

Tip: Are you interested in historical windows? The “German Foundation for Monument Protection Community Foundation for Historic Windows, Doors and Gates” is committed to the preservation and care of particularly beautiful specimens. The foundation arranges contact on the Internet at denkmalschutz.de. 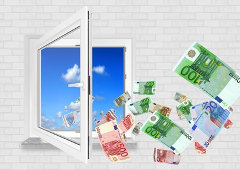 Offers for windows
from regional companies

Tip: Register for the newsletter now