The perfect refreshment in the heat: Radler - the classic mixed beer beverage

One thing is certain - the classic of all mixed beer beverages is called: Radler! The only discussion is whether it is called the cyclist or the cyclist? Absolutely not important !

“Politically” - correctly applies to this pleasure: The Radler!
If history is to be believed, then this drink was invented by a Bavarian innkeeper out of necessity: on a wonderful summer Sunday, his beer garden was so well visited by a rush of cyclists that he feared that his beer supply would run out not enough for everyone. In order to be able to offer something to all guests, he quickly put his light with lemonade. The “cyclists” (here: cyclists 🙂) liked the refreshing and tasty mixed drink and has been the most popular summer drink ever since!

For a Radler Maß it is important to have the right mixing ratio of beer and lemon soda and the right "mixing"! 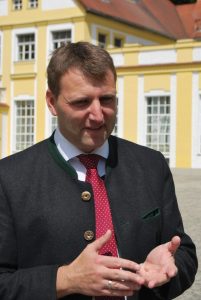 Stephan Marold, Brewery director Hacklberg: We get the best mix when we ......

This mix dilutes the beer in terms of alcohol content and enriches it with carbonic acid - the refreshment is even more palatable!

There is also a good shandy out of the bottle - the mixing ratio of 1: 1 is also right here!

Not only the mixing ratio plays an important role, but also the correct mixing.

Stephan Marold, Hacklberg Brewery: First the beer and then the lemonade is poured into the glassgiven! If the beer glass is held at an angle while the beer is poured, the foam formation is not as great and the soda can be poured without any problems. This creates the perfect mix and a balanced taste. This sequence - beer, then soda - is extremely important. Whoever pours the lemonade and then the beer into the glass risks that both (soda and beer) will not mix or only mix poorly!

Further designation outside of Bavaria

The variant: Russ'n Maß - it is mixed in equal parts from lemonade and wheat beer. According to legend, the Russ'n-Maß was created in theMatthäser-Keller in Munich. There, at the time of the revolution of 1918, the communists of the Raetian Republic met - they were popularly referred to as "Russ'n" - in this economy. It is not known whether the revolutionaries wanted to keep a clear head or whether the wheat beer was about to run out. In any case, it is said that the first “Russ'n-Mass” was served here.