How can we learn late at night

School and study: eight o'clock is too early to study

Do you still remember your school days? Exactly: That was the phase of your life when the alarm clock always went off in the middle of the night. At breakfast you couldn't get a bite out of your fatigue. Then it dawned on the school bus towards the start of classes. The first few hours were a real torture, and solving quadratic equations correctly was out of the question before the big break.

If you felt the same way back then, then you are in good company. According to a study from 2012, two out of three adolescents sleep too little. Scientists from the University of Marburg and the Dillenburg Institute for Health Promotion asked 8,800 adolescents and young adults between the ages of 16 and 25 about their sleeping habits and found that on average, the study participants sleep a little more than six and a half hours, and one in five even less than six hours per night. For comparison: According to current expert recommendations, teenagers between the ages of 14 and 17 should allow themselves at least eight to ten hours of sleep, young adults still seven to nine hours. No wonder, then, that two thirds of those surveyed stated that they felt neither fit nor productive during the day. 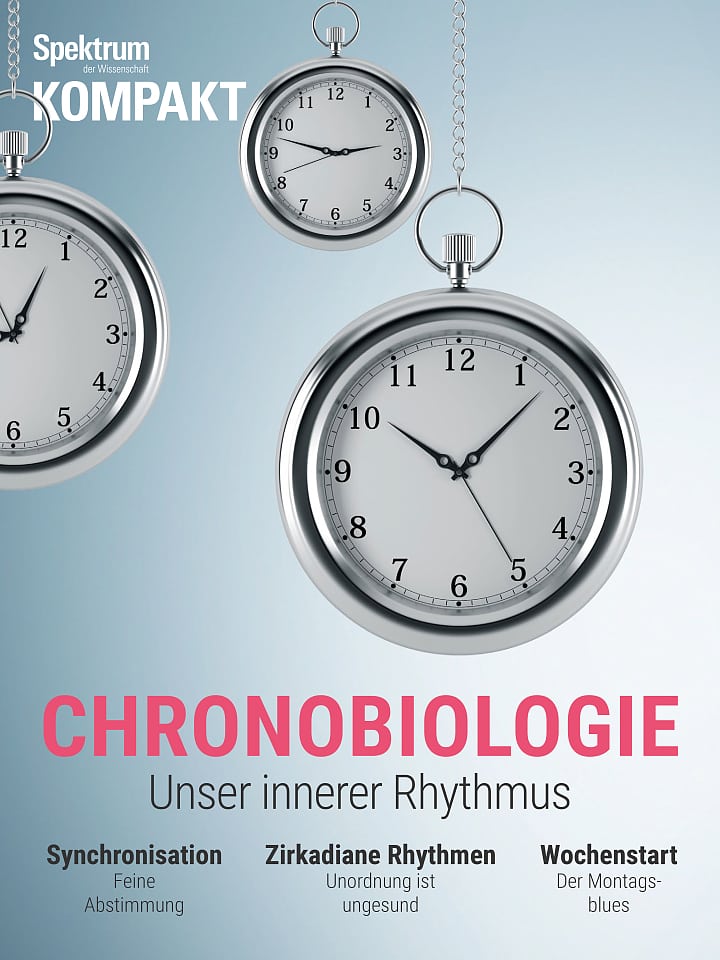 This article is contained in Spectrum Compact, Chronobiology - Our Inner Rhythm

If they should go to bed earlier, one might think, then they can go to school fresh and cheerful in the morning. "Disco hypothesis" is what Till Roenneberg from the Ludwig Maximilians University in Munich calls this argument. As a chronobiologist, he deals with biological rhythms such as the sleep-wake cycle. For him, the demand that students have to change their sleep behavior is untenable. He knows: teenagers can't sleep any sooner, they just aren't tired yet. Rather, the lessons start much too early. "Biologically speaking, lessons start in the middle of the night for students who have to be at school by eight or earlier," says the Munich scientist. And that has serious consequences for learning success and health.

People don't all tick the same way. There are pronounced early risers, so-called larks, who go to bed early in the evening. "Owls", on the other hand, are able to perform well until late at night, but have to sleep longer in the morning. All conceivable intermediate forms exist between these extreme chronotypes. We now know more than 20 genes that influence a person's internal clock. And that's probably not all by a long way.

But age also has an influence on our inner rhythm. Small children tend to be early - as are older people. During puberty, however, as chronobiologists have long since discovered, the sleep-wake rhythm shifts significantly backwards - regardless of whether the teenager in question is basically one of the owls or the larks. Nobody can say with certainty why this is so. "From an evolutionary point of view, there will have been a reason to postpone the main activity to a later point in time at this age," says Thomas Kantermann, chronobiologist at the University of Groningen in the Netherlands. "Which one, we can only speculate about it." One thing is clear: that young people don't get tired in the evening and don't get out of bed in the morning is not a fad of modern city dwellers. "We observe this phenomenon all over the world and in all cultures," says Kantermann. It is even known from pubescent rhesus monkeys that the internal rhythm shifts accordingly.

In the meantime, a whole series of studies has shown that the natural sleep-wake rhythm of adolescents and the early start of school do not go together - and that this inevitably leads to poorer performance. Teenagers, whose chronotype belongs to the group of owls anyway, are particularly affected. "In extreme cases, these students have to get up when, chronobiologically speaking, they have just reached the center of their sleep," says Kantermann. If the internal clock dictates bedtime between two and ten o'clock, school starts on the chronobiological night. This not only affects concentration and performance during lessons, the learning content is also less stored in the memory - because this mostly happens during sleep.