Arsenal FC on the brink: The five problem areas

London. The 8-2 defeat at Manchester United was arguably the most humiliating defeat coach Arsene Wenger suffered in his 15-year tenure at Arsenal. After the "terribly painful" game, the French asked not to bury your head in the sand and to carry on - but there is no question that changes are needed.

Even Sir Alex Ferguson said after the final whistle that he was happy that United hadn't scored more goals - there couldn't be a bigger slap in the face for an Arsenal fan. Wenger indicated that he would take a close look at the market until the transfer window closes on Wednesday, but regardless of this, the "Gunners" are in a tangible crisis.

Goal.com takes a look at the issues that need to be resolved to turn things around. 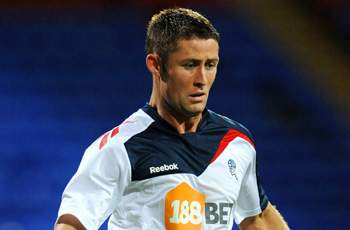 The deficit in the personnel area is so obvious that this point does not really need to be addressed. Even before the sales of Samir Nasri and Cesc Fabregas, Arsenal fans prayed that Wenger would strike the transfer market this summer and sign reinforcements. A leading defense chief like Gary Cahill was supposed to sign two months ago, but now Arsenal are once again in the position of having large gaps in the formation three days before the transfer closes. While Carl Jenkinson, Alex Oxlade-Chamberlain and Park Chu-Young may all be promising signings, these transfers are unlikely to please Arsenal fans. Especially not when you consider that the Gunners supporters had to accept an increase in ticket prices of 6.5 percent - league top value. The question of where all this money is going remains unanswered.

Wenger assured on Sunday that he was working “very hard” to get new players to the club, a defender and a midfielder should come. But then you have to jump over your own shadow and pay the required prices. An offer of 6.8 million euros for Cahill - of course always taking into account the conventions of the market - was only ridiculed, and given the terrifying appearances of the two central defenders at Old Trafford, an investment of the sum requested by Bolton should be worthwhile of 17 million plus is definitely worth it. A six à la Yann M'Vila from Stades Rennes is also urgently needed to give the midfield defensive power and to keep Jack Wilshere and Aaron Ramsey free so that their passing game and creativity can come into their own. 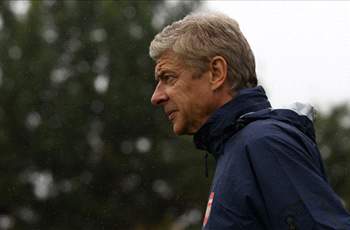 Completely independent of the necessary reinforcements, the North Londoners need a tactical concept into which the new signings have to fit. Even Arsenal legend Paul Merson says that the Gunners are just a collection of individuals who do not harmonize, where there is no interaction between defenders and offensive players. Arsenal were so suicidal against United that they kept giving Manchester a lot of space - but Wenger didn't change that tactic despite getting one goal at a time.

In midfield there was no pressure at all on United, Wayne Rooney and Anderson were able to pick up the ball again and again and play deadly passes to the wings, where the full-backs Arsenal were overwhelmed and received no support from the midfield.

Wenger has always been more of a team builder than a tactical fox - which has been criticized for years - and Arsenal actually doesn't seem to have a tactical plan when the team hits the field. “Go out and play soccer” is just not enough when you meet a team with United's qualities - the Gunners also need something like a plan B if things don't go as they should during a game. First of all, Arsenal have to work on the set pieces and defensive strength - but it might also be time for Wenger to think about his tactical formation and a 4-4-2 or a 4-4-1-1 to keep his game To give teams stability and to get the wings under control. 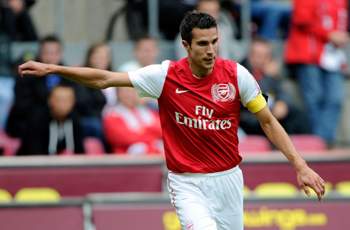 Whether in the management floor, the dressing room or in the field - Arsenal apparently seems to lack leadership personalities. The fans want to know who is responsible for what, and the main shareholder Stan Kroenke is welcome to speak out. Known as "Silent Stan", he makes no move to communicate with supporters or comment on the club's plans. Was it really Kroenke who insisted that Nasri be given up? What is he doing to urge Wenger to spend money? On the executive floor, managing director Ivan Gazidis is increasingly taking the reins of action into his hands, and sawing Wenger's position of supremacy after the Frenchman recently had a completely free hand when it came to football matters.

The confusion in the management floor is also reflected in the field, where Arsenal has no natural leaders. Robin van Persie was chosen as captain after Fabregas left, but cannot really fulfill this role either. Wenger has put the armband to his best player, but what Arsenal needs is someone who organizes and builds up their team when things don't go well. This rather introverted team could use a player like Tony Adams or Patrick Vieira. 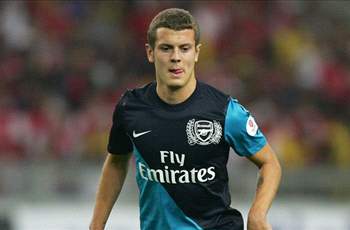 Arsenal's incredible injury bad luck is unprecedented and forced Wenger to play with a rump eleven. But it seems unlikely that we will have to do without that many players again this season. Six players were absent from Old Trafford due to injuries, so you had to play with a mixed team, including the youngsters Jenkinson and Francis Coquelin, both of whom were overwhelmed.

The humiliation would probably not have been so great if actors like Jack Wilshere, Thomas Vermaelen or Bacary Sagna had been able to participate. The good news for the Gunners is that some of the injured players will be available again after the international break. The bad news is that the list of injuries at the start of the season is so long - once again.

Arsenal's annual injury mishap usually occurs at the start of the season, with players often sidelined due to muscle and tendon injuries. Do the Gunners simply have particularly injury-prone players or can this be prevented? One theory circulating among fitness coaches is that Arsenal training should be increasingly filled with football-specific rather than conditional units. According to this method, the players could be kept fit through specialized, individual programs and "overtraining" could be avoided.

Arsenal have not yet finished a match with eleven players, and one player has been expelled from all three league games. That was not only a setback in the respective games, but also posed problems for Wenger when putting his team together. Gervinho, Alex Song and Emmanuel Frimpong were all suspended for the guest appearance in Manchester, and Jenkinson will also be missing in the next game after his yellow-red card from the 76th minute. This shows how naivety and indiscipline there is in Arsenal's team right now, and Wenger has to get his protégés to act more responsibly.

There is no apology for the behavior of Gervinho and Song, who were banned from three games through assault. Just as inexcusable, however, are dangerous tackles - the Gunners could be happy that Andrey Arshavin was not sent off on Sunday after tough tackles against Phil Jones and Ashley Young.

Your Opinion: What do you think Arsenal need to work on?