How many farmers in India are trained

Lockdown in India: farmers sell their crops without intermediaries

Kannaiyan Subramaniam is a farmer. His land lies on the border between the states of Karnataka and Tamil Nadu in southern India. The farmer was in the process of preparing his harvest when the Indian government imposed one of the strictest curfews in the world due to the corona pandemic.

Shops were closed and roadblocks erected within a few hours. People were told to stay home. Workers trained to pick cabbage were not allowed to travel to Subramaniam's farm for three weeks. This delayed his harvest and the sale of the cabbages.

"The government didn't help and that hit the smallholders hard," Subramaniam told DW. "I suffered heavy losses as a result and had to take on a lot of debts. It was a very good harvest, but it must also be able to be delivered to the people."

Traders usually come to Subramaniam's farm to buy his crops, pack them, and then deliver them to the retailers and wholesale markets.

But with the closed markets, restaurants, hotels and shops, so did demand. Subramaniam's usual dealer bought only half of his 100-ton cabbage crop and only paid him half the usual kilo price. A quarter of the harvest was lost and left unpicked to rot in the field. 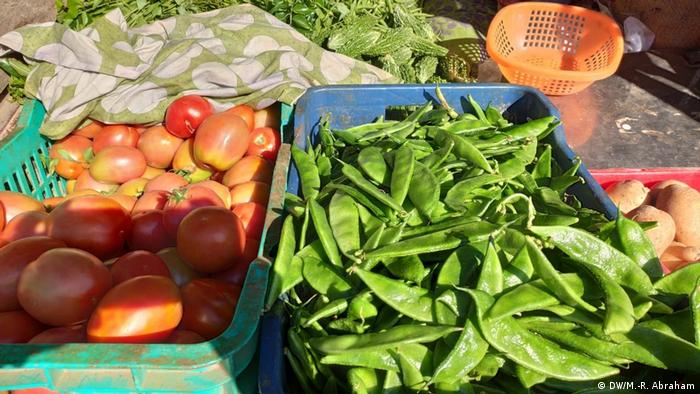 Fresh vegetables can be bought directly from the farmer's wagon

The Indian Vegetable Growers Association estimates that 30 percent of mature plants will have rotted away during the lockdown. According to economist Sudha Narayanan from the Indira Gandhi Institute for Development Research, around five to ten percent of the harvest is usually wasted on Indian farms. However, some farmers and consumers have found ways to save crops and thus keep supplies going.

Also read: Lots of food is thrown away

Social media as a marketplace

Chandra Gowda grows grapes on the northern outskirts of Bengaluru (also called Bangalore). He had a good harvest this year, but when the lockdown came he was only able to sell his grapes for one-sixth the usual price.

Gowda couldn't negotiate. He had to get rid of ten tons of grapes, but found no buyers. Eventually he had to throw them on the compost. With a post on the Facebook page "Farm to Fork Bangalore" Gowda tried to save the rest of the harvest. A week later, he sold 400 kilograms of grapes by renting a van, driving into town and delivering his goods directly to consumers. 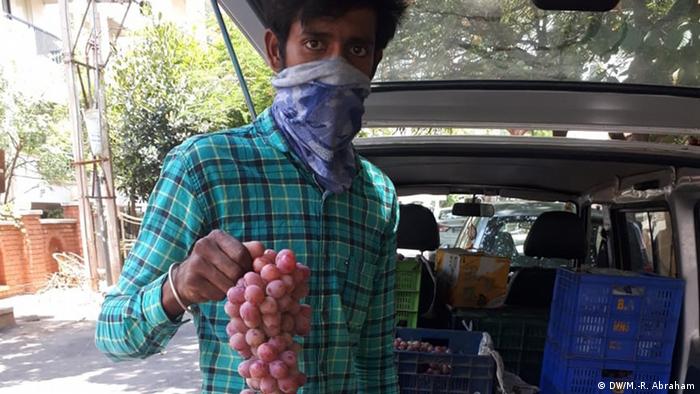 Gowda had to take out a loan this year to support his family of seven. However, the ability to negotiate a good price for the portion of his crop that he sells directly has encouraged him to do so again next year. "There are benefits when I sell directly to customers," Gowda told DW. "Otherwise I have to stick to the price that the middleman is offering. And he doesn't pay immediately in cash. It can take up to two months before I get the money."

Farm to Fork Bangalore is just one of many nonprofits that have responded to the pandemic by connecting farmers and consumers through social media. Ruchit Garg, the head of an agricultural finance company, launched the Harvesting Farmer Network on Twitter on April 12 this year after seeing farmers dumping fresh fruit and vegetables on the side of the road. Since then, more than 1,600 tons of fresh produce from thousands of farmers have been listed. Each tweet includes the farmer's name and contact number, crop, quantity and location so customers can contact them directly.

Also read: The Indian who turned a desert into an orchard

Initiatives are also coming from the consumers themselves. Less than a week after the lockdown, local farmers turned to the "Sarjapur Resident Welfare Organization" in Bengaluru. They struggled to sell their products. The association determined the interests of its members and helped the farmers to obtain permits from the police to transport the goods. The very next day, the farmers delivered tomatoes, potatoes, aubergines and leafy vegetables to the houses in Sarjapur.

With face masks and enough space, residents waited in long lines to buy the fresh produce, while many local retailers were either closed or had low stocks. Even now that the lockdown has been loosened and the shops are better stocked again, the farm wagon is still making its rounds. 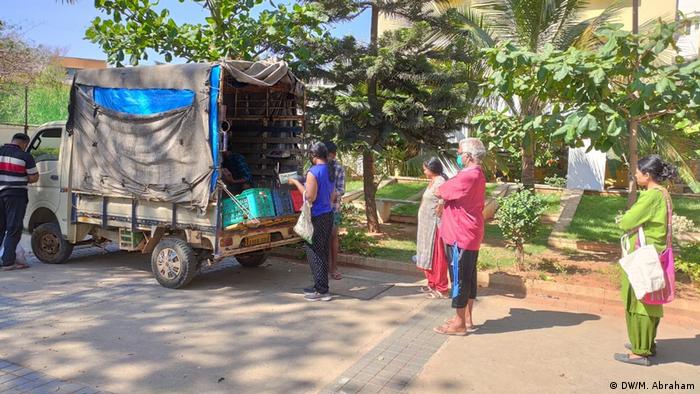 Shilpa Polavarapu bought five kilos of mangoes from another, similar program in Bengaluru for 85 rupees per kilo, the equivalent of about one euro. The week before, she had paid 99 rupees for a kilo through an online grocery company and ended up throwing the whole shipment away because the mangoes had never ripe. "The farmers' mangoes were better and cheaper," Polavarapu told DW.

Also read: Ways out of poverty for farmers in India - environmentally friendly and sustainable

These positive experiences could mean that direct sales from the farmer to the consumer also serve to reduce food waste in the longer term.

"The lockdown has forced consumers to behave differently," Garg told DW. "Consumers have become more aware of farmers' problems. When customers know what it takes to put food on their plate, they will appreciate the products more and see them in a different light." 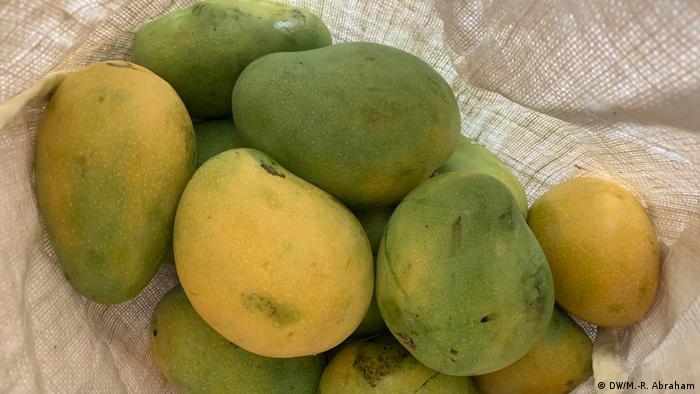 Twittering the crop is unlikely to be a solution in the long run. But if some direct selling programs are better organized and set up dedicated websites, then the model could persist after the lockdown is completely lifted and alongside a return to traditional chain stores and wholesale markets, Narayanan predicts.

Nonetheless, direct selling is a very big challenge for many farmers. The key is in the location. "For farmers with perishable produce, urban centers are magnets because consumers are willing to pay a high price," Narayanan told DW. "But not all farmers were able to take advantage of this opportunity. The prerequisite is close proximity to cities and means of transport."

Also read: India's apple growers in the Himalayas are feeling the effects of global warming

Subramaniam's cabbage fields are 100 kilometers from the nearest city center. He managed to get rid of around 15 tons of his crop through small sales generated by posting on Twitter. He sold another ten tons to a startup that aims to improve prices for India's farmers and reduce food waste. He says the experience made him rethink his supply chains.

"I'm not a businessman, but I want to develop myself further in marketing in addition to pure plant production," said Subramaniam. "I have already spoken to some friends to set up a smallholder collective. This will allow us to partner with the companies that buy direct from farmers and reach consumers directly. I want to protect farmers from exploitation in traditional wholesale markets."