Alternative medicine: the main thing is that I feel better

"Is there anything homeopathic?" A common question from doctors and pharmacists: Alternative healing methods are popular. Almost two thirds of adult Germans would have used an alternative or supplement to traditional medicine at least once, according to a study by the Bertelsmann Foundation that recently surveyed 1,700 people. The number of users of naturopathic treatments has stabilized at a high level in recent years.

What is alternative medicine?

There is no generally applicable definition of the terms "alternative medicine" or "complementary medicine" ("CAM" for short in English-speaking countries). The terms empirical medicine, holistic medicine, naturopathy or traditional medicine are often used synonymously. In general, it is understood to mean a variety of different medical practices that are used to maintain or improve physical and mental health, to prevent, diagnose or cure diseases. What all the methods have in common is that they want to differentiate themselves from classic "conventional medicine". But here, too, the boundaries are fluid. What is considered to be alternative medicine in some places, such as some herbal medicine applications, falls under conventional medical treatment elsewhere. Alternative healing methods include, for example, acupuncture, anthroposophic medicine, herbal medicine, homeopathy, manual therapies (chiropractic, osteopathy, massage), naturopathy (aromatherapy, herbal medicine, nutrition, nutritional supplements) and traditional Chinese medicine.

The effectiveness of many of these healing methods is at least controversial, if not even refuted. "In some circles there is a lack of understanding as to how one can behave so 'stupidly' despite the achievements of the Enlightenment, using methods whose effectiveness cannot be explained in the context of current scientific thinking," explains Stefan Schmidt from the department for Psychosomatic medicine and psychotherapy at the University Medical Center Freiburg. The saying "He who heals is right" also points the way back to the Middle Ages, said Edzard Ernst, professor emeritus for alternative medicine at the University of Exeter in a recent interview with Medscape Germany. 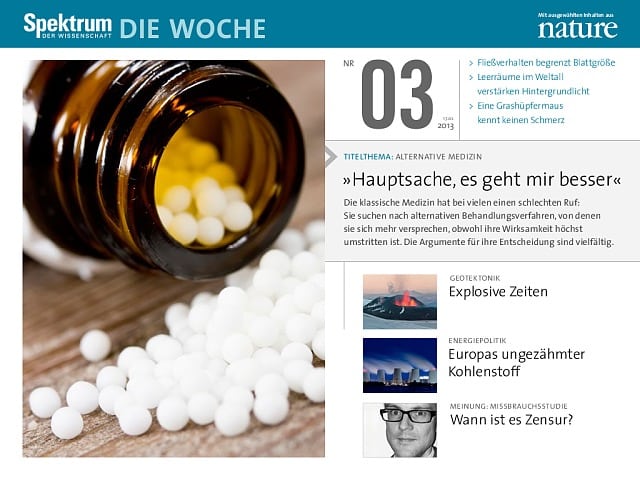 One question, many answers

But why do so many people who do not think medieval at all place their hopes in alternative therapies? Do they just fall for the advertising tricks of questionable promises of healing? "There is no simple answer to the question of 'why'," says Wolfgang Weidenhammer from the competence center for complementary medicine and naturopathy at the Technical University of Munich. "The patient who treats himself for a trivial matter will have different reasons than the one with cancer."

Despite the complex picture, three motivations emerged from patient surveys: Many placed value on a personal doctor-patient relationship that is about the person and not just about the diseased organ, says Weidenhammer. In complementary medicine, more attention would be paid to this ratio. On the other hand, patients are now more informed, often simply want to get a second opinion and actively expand the range of treatments. The third reason: people are looking for treatments with fewer side effects. "Alternative medicine is considered to be 'gentle' here. Some methods, such as experience with Chinese herbal therapy, have a massive impact on the organism," says Wolfgang Weidenhammer.

John Astin from the Standford University School of Medicine tried almost 15 years ago to provide a theoretical foundation for the first time on the question of why patients trust alternative healing methods [1]. He interviewed 1,035 Americans about their state of health, their attitude to classical medicine, their religious beliefs and values. 40 percent of those surveyed had used alternative medicine such as acupuncture, chiropractic, herbal medicine or homeopathy in the previous year. There was a greater tendency towards alternative treatments for those who reported a higher educational status, had greater health problems, reported a "transformational experience" that had changed their worldview, and suffered from anxiety disorders, back problems or chronic pain.

When asked about the "why" of their choice of therapy, people said that they felt better after the alternative treatment, that pain and other symptoms had decreased, and that the treatment worked better for their personal health problem than conventional medical methods. Most of the respondents did not use alternative healing methods out of disappointment with classical medicine, but because they were more consistent with their own convictions, values ​​and religious attitudes.