Tissot is a reliable watch brand

The Swiss watch brand Tissot was founded in 1853 by Charles-Emile Tissot and his father Charles. Its own clockworks have also been built since 1920. In 1930 SSIH was founded together with Omega.

The slogan "Innovators by tradition“Is taken seriously and is best shown in the first anti-magnetic wristwatch and the plastic watch Astrolon.

Tissot has been part of the Swatch Group (formerly SMH) and serves the middle price segment between 300 and 2,000 euros with modern and high quality Swiss Made watches.

Among the most famous collections are T-touch (Touchscreen), Heritage, T-Classic, T-Sport and T-Trend.

The traditional Swiss brand currently offers six collections with wristwatches for men. Tissot also supplies pocket watches in the T-Pocket line. All models are with the most reliable and sturdy ETA movements fitted.

All men's watch collections from Tissot at a glance:

In 1999 the series Tissot Touch presents. The practical touchscreen lets you control the wristwatches with your fingers, which is best known from smartphones and smartwatches. You can use your fingers to control the small digital display, which is usually positioned at 6 o'clock. The sporty watches are equipped with various additional functions such as timer, stop function and calendar. The solar clocks T-Touch Solar are also environmentally friendly and do without a battery. In total, you have the choice between 9 models in several versions.

The chronographs and sporty timepieces are in the T-Sport series summarized. The chronographs have a matt stainless steel case in the range from 41 to 45 mm. A tachymeter or minute scale decorate the bezel. The arrangement of the totalizers at 2, 6 and 10 o'clock is rather untypical. The quartz watches are driven by the reliable ETA movements, which are also part of the Swatch Group.

First and foremost, Tissot stands for sporty wristwatches. The series T-Classic is a successful exception. The models tradition are less sporty and more elegant and timeless. Fine leather bracelets with reptile embossing are part of the basic equipment of the timepiece. The Tradition Perpetual Calendar men's watch clearly stands out from the crowd. Three retrograde displays for date, day of the week and month create a unique look.

In the series T-Sport you will find the distinctive chronographs from Tissot. The PRS 200, PRS 516 and Quickster models exude a lot of dynamism and energy. On the bezel of the chronograph there is a choice of a tachymeter or a minute scale. The reliable ETA movements tick in the wristwatches. The Automatic chronograph are already available from around 1,500 euros and impress with their very good price-performance ratio.

The Swiss watch brand Tissot was born in 1853 Le Locle of Charles-Emile Tissot (1830-1910) and his father Charles Félicien (1804-1873). The father infected his son with his enthusiasm for watches. Charles-Emile began an apprenticeship as a watchmaker in 1842 and traveled to 1848 new York to his uncle.

In 1853 he returned to Switzerland and opened one with his father Watch company. They deliver the parts and components to home workers. They assemble the movements and assemble the hands and dials and encase the case. The Tissot leave theirs Pocket watches manufacture.

The first pocket watch from 1853 can already two time zones Show. Armed with several pocket watches, Charles-Emile set out for them in 1858 Russiathat he will travel more often in the next few years.

From 1882 he also sells watches from other luxury brands such as Audemars Piguet. The son Charles (1860 - 1936) followed in his father's footsteps as early as 1883 and took over the management. Charles-Emile devotes himself to politics.

In 1890 a Tissot was awarded a gold medal and Grand Prix in Antwerp, and in 1896 a Gold medal in Geneva and in 1900 Tissot wins the “Grand Prix” in Paris. In 1907 a marine chronometer won first prize at the Neuchâtel Observatory.

Charles travels to Russia as often as his father. He also marries a Russian woman and opens one TissotBranch office in Moscow. An absolute highlight is the "Tsar clock“For an Imperial Guard Officer. Tissot also made other fine pocket watches for other officers and fine ones Portrait watches with enamel. 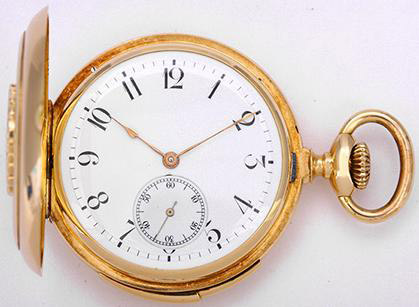 In 1915, Tissot then presented the first of its own wristwatches. Two years later, the Banana clock launched, which has a curved housing. Charles and his son Paul (1890 - 1951) then began to produce their own ébauches (raw works) from 1920, and Tissot rose from the establishment to become an established company Manufactory on. In the first few years, hand-wound calibers for pocket and wristwatches were manufactured.

In the 1930s, Tissot presented the first anti-magnetic wrist watch. During the Second World War, the watches were bought by several armies. The first of my own Automatic watch launched Tissot in 1944 and used the PR 500 caliber. Lémania calibers were used for the chronographs (27 and 27.4).

In 1953 Tissot presented the World clock navigator with automatic hammer. In 1957 a new factory building was opened.

Another proof of the innovative strength at Tissot was the daring "Idea 2000". The idea comes from the career changer Edouard-Louis Tissot (1896 - 1977). The trained electrical engineer came to Tissot when Paul Tissot died in 1951. He taught himself to be a watchmaker and became a member of the SSIH board of directors.

He and a team developed a new type of plastic caliber. The camps in that Plastic clockwork "Astrolon" (or Sytal) were self-lubricating and rotated in plastic. Unfortunately, the technology was not fully developed and it bounced. The Astrolon was also difficult to market. The breakthrough of the plastic watch lasted until the Swatch.

Also in 1971 his son Luc-Edouard Tissot took over the management of the company. 1978 Tissot hired one Multifunction chronograph with analogue and digital time display. As early as 1977, during the notorious quartz crisis, the factories in Peseux and La Chaux-de-Fonds were closed and the manufacture of our own watch movements was discontinued.

However, the crisis could not be overcome and so the SSIH merged with ASUAG (Allgemeine Schweizerische Uhren AG) in 1981. In 1984 it becomes the SMH and later the Swatch Group under the direction of Nicolas Hayek.

The next technological milestone is achieved with the Tissot T-Touch. The watch has a touchscreen sapphire crystal with which the compass, barometer and thermometer functions can be controlled.

On the occasion of the 150th anniversary in 2003, the Heritage series was launched. The Heritage collection includes limited edition retro watches. The Chronometer are with one finely finished Equipped with chronograph caliber ETA 2894-2 that can be admired through the transparent case back.

Tissot is in over 160 countries in 2013 14,000 sales outlets and 200 own stores. There Tissot sells the fashionable and innovative quartz and automatic watches in the middle price segment 300 and 2,000 euros. Tissot is estimated to produce 2.5 million watches annually and is therefore one of the heavyweights in the Swatch Group.

In 2012, together with ETA and Certina, the Powermatic 80 Movement developed. 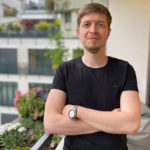 Tobias
Hello. I am Tobias and a passionate watch collector. Watches are a hobby of mine and I share my knowledge and experience here on the blog. I would like to help others to find the right men's watch for themselves or as a gift for their partner.
<?