What is meant by massless photons

I was only visiting the European Nuclear Research Center CERN last week and found out about current particle physics (even if I did not fully understand the mathematics of the Standard Model of particle physics).

But I definitely understood one thing: there are stable particles and unstable particles. The stuff we are made of is stable: for example electrons and the up and down quarks from which the protons and neutrons are built (which in turn form the atomic nuclei of matter). These particles exist indefinitely. An electron remains an electron forever and ever and does not change. But other particles are unstable. For example the remaining four quarks that still exist in addition to Up and Down (Charm, Strange, Top and Bottom). They only live for seconds or fractions of a second before they disintegrate and the energy released creates new particles, which then disintegrate again themselves; until the normal and stable particles are left over at the end. Some particles only survive in society. A lonely neutron only remains stable for a few minutes before it decays - if, on the other hand, it is bound to a proton as part of an atomic nucleus, then it remains permanently stable.

Light can also be treated as a particle in quantum mechanics. It consists of Photons and these light particles would have to be permanently stable. After all, they have no mass and if something has no mass, it cannot break down into other particles either. But what if the photon does have a mass? Then could it decay - the light itself would be unstable. But that is surely just nonsense - how should and can light have mass?

Julian Heeck from the Max Planck Institute for Nuclear Physics in Heidelberg does not think this question is nonsense and wrote a scientific paper entitled “How stable is the photon?” released. In it he explains that it is true that the photon in the quantum mechanical equations that describe its behavior has no mass and that the equations no longer work if the photon is given a mass. But there are ways to reformulate these equations so that they continue to work as before, except that this time the photon does not necessarily have to be massless. 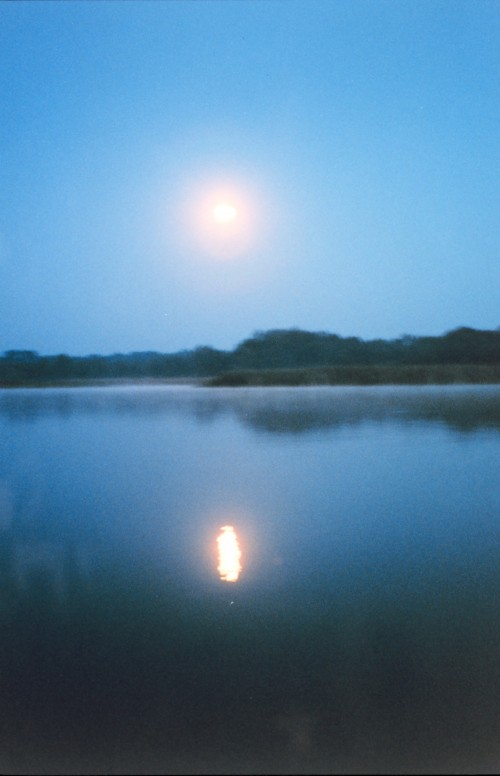 The moonlight could also be unstable ...

The theory therefore allows light to have a mass and if that is theoretically possible, then there is no reason why one should simply assume massless photons, says Julian Heeck. Of course, the mass of the photons cannot be very large; We would have measured that long ago. But maybe the photons are something like the neutrinos. These are also elementary particles that have such a low mass that they have long been considered massless. Only in the last few years have the experimental data been sufficient to be sure that the neutrinos Not are massless.

Heeck therefore proposes to limit the potential mass and thus also the lifespan of a photon on the basis of observation data. To do this, he uses the data from the Planck satellite. I have explained in detail what it does and measures in this article. Planck observes the cosmic background radiation; These are photons that were created shortly after the Big Bang and have been moving through space ever since. It is the oldest light we can see and if you are looking for decaying photons you have to try your luck there. If photons actually become unstable at some point, then some of the cosmic background light should also decay. We should be able to measure fewer photons today than 13.8 billion were emitted back then and the fewer the shorter the average lifetime of the photons.

So you have to compare Planck's observation data with the theoretical predictions and see whether there are any differences. And as I explained in the article mentioned above, Planck's observations are correct with the predictions extreme match well. So the mass can really only be small and if you take the greatest possible value that can still be reconciled with the observation data, then a lifetime for the photon of three years follows. That sounds surprisingly little, but it only refers to the rest system of the photon. If you want to know how long the photon survives from the point of view of an external observer, you have to consider the relativistic time dilation. And photons are fast; after all, light moves at the speed of light. For us, the photon therefore lives about a trillion years - which is significantly longer than the previous lifespan of the universe (almost a billion times longer!). This number is of course only a statistical mean. There will be photons that live much longer and photons that decay much earlier. Even so, the photon is still an enormously stable particle - but it is could just be a particle that not permanent is stable.

I was only visiting the European Nuclear Research Center CERN last week and found out about current particle physics (even if I did not completely understand the mathematics of the Standard Model ...