Bitcoin is set to hit a new record high in almost exactly six months. This is due to an event that is built into the code of the cryptocurrency. Severe side effects are also possible.

When Satoshi Nakamoto mined the first 50 Bitcoins, nobody suspected which revolution he was secretly, quietly and quietly paving the way. Today, ten years and countless price fluctuations later, Bitcoin is the most important cryptocurrency in the world. Nakamoto's 50 coins from back then are now worth almost half a million dollars. And Nakamoto - still nobody knows who or what he really is - is now perhaps the most legendary billionaire ever.

According to analysts, he should own 980,000 Bitcoins. In a few years, Nakamoto could even be the richest person in the world. The price is still stuck below the $ 9,000 mark, but that could soon change. If you believe crypto disciples and Bitcoin analysts, the price should rise significantly again in the coming year. The goal is 55,000 dollars. (The belligerent crypto fan and software pioneer John McAfee even speaks of a million dollars.)

Of course, caution is advised when making such forecasts. Bitcoin is notoriously volatile and remains a highly risky investment. It is not without reason that bright minds like JPMorgan boss Jamie Dimon or investment legend Warren Buffet are critical of the crypto boom. Many Bitcoin predictions are little more than reading coffee grounds. But the current euphoria is definitely justified.

Because in six months the amount of Bitcoins will be artificially reduced. That should make the currency more desirable than ever - and therefore more valuable. We are talking about the so-called Bitcoin halving, which will most likely occur in May 2020. Nakamoto himself built this “halving” into his crypto code to prevent inflation. Since then, the amount of bitcoins produced every day has been decreasing every four years. 1,800 bitcoins are still being spent per day. In six months it will only be 900.

To understand the process, one has to know how bitcoins are made. They are actually nothing more than bonus payments for all those who make their computers and servers available to the crypto currency. They operate the Bitcoin infrastructure on them, the so-called blockchain. Anyone who adds a new block to this blockchain and thus helps to expand the infrastructure receives a reward in the form of Bitcoin. New coins come onto the market every ten minutes. Most of these are resold directly.

Initially, there were 50 Bitcoins per block as a reward. To avoid inflation, the value halved in 2012 for the first time to 25 Bitcoins. Since the second halving in 2016, miners have only received 12.5 bitcoins. As of May 2020, it will only be 6.25 bitcoins. The annual inflation drops from 3.8 percent to 1.8 percent, as this chart shows. And the number of bitcoins that are spent every day is decreasing.

There are currently 18 million Bitcoins in circulation. That's 85 percent of all bitcoins that will ever exist. It's over at 21 million. That is also in the code. The closer we get to the maximum number of Bitcoin, the more sought-after the cryptocurrency is likely to become. Experts say that new record highs are in sight. Record losses too, however.

Hedge fund manager Charles Hwang, who also teaches at New York's Baruch College, has been watching Bitcoin's price change for years. Hwang has analyzed the last two halvings from 2012 and 2016 and drew its conclusions for the event next May. "We will see a decent price increase," says Hwang, who considers a Bitcoin rate of one million dollars to be quite realistic. But not without side effects. And not next year.

For his forecasts, he relies on the stock-to-flow ratio, an important indicator for determining the price of goods in the future. The basics go back to an anonymous crypto analyst named PlanB, who developed this model for Bitcoin and published it on Medium.

My first medium article! Combining all my tweets about modeling bitcoin's value with stock-to-flow, the halving, power laws, fractals and questions & answers to one logical story.https: //t.co/n5P5uMCKHT

The model is based on the simple assumption that the scarcity of a good has a direct impact on its price. The stock-to-flow ratio describes the relationship between the existing bitcoin stock (stock) and the annual inflow (flow). With 21 million bitcoins ever produced and currently 12.5 bitcoins distributed every ten minutes, this value can be determined in a relatively concrete way. Bitcoin currently has a stock-to-flow value of 25. For comparison: silver has a value of 22, gold of 62.

The stock-to-flow ratio indicates how long it would take with today's production until the current stock of gold, silver or bitcoins would be restored. The higher the number, the longer the waiting time, i.e. the more valuable the goods. A value of 62 as with gold says: If all the gold in the world suddenly disappears, it would take 62 years for the stock to be newly produced.

Because the daily production of bitcoins will decrease from 1,800 to 900 coins due to the halving, it will take longer to restore the exact same amount. The halving has the consequence that the stock-to-flow ratio doubles to 50. As a result, the market capitalization should also increase massively. According to the model of the analyst PlanB, a Bitcoin should cost 55,000 dollars after halving. In the further course one million dollars and more should be reached.

this is not correct. model predicts 55k AFTER may 2020 halving. if you look at the chart in the article (or on twitter) you see price will oscillate around 55k after may 2020 halving, it will be far above 55k and below 55k. the cointegration tells you prob> 55k before Dec 2021. pic.twitter.com/eiWbFba1j3

However, the rapid rise in the share price will not come without side effects, predicts Hwang. His study, which is due to be published next week, shows: After every new record high, prices plummet massively. It was the same after the previous halving events: In 2012, the price climbed from $ 11 to $ 1,200, only to drop to $ 200 a few months later. The same game in 2016: the price went from $ 600 to $ 20,000 after the halving and then fell back to $ 3,500. It's a cycle that repeats itself every time, says Hwang.

The expert predicts a similar development for next May. "The price will rise slowly at first and then plummet significantly," he says. If you believe his evaluations of the last few years, that would mean: starting from the new record high, the price could fall by 90 percent. In the end, not much would be left of the gains and the previous record high - despite the previous month-long price rally.

According to the statistics, profits are still possible. Historically, the prices after a halving never fall below the previous starting price. In the present case, not less than $ 9,000. Even the one million dollar mark should be there in the long term, even if Hwang is not quite as optimistic as McAfee. "I'm not a fortune teller," he says, "but it could be in ten to twenty years."

is a business journalist, economist and start-up observer based in New York. After working at WirtschaftsWoche, Spiegel and McKinsey, she now reports regularly on the world's most important capital market. 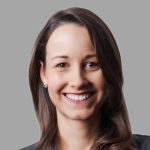